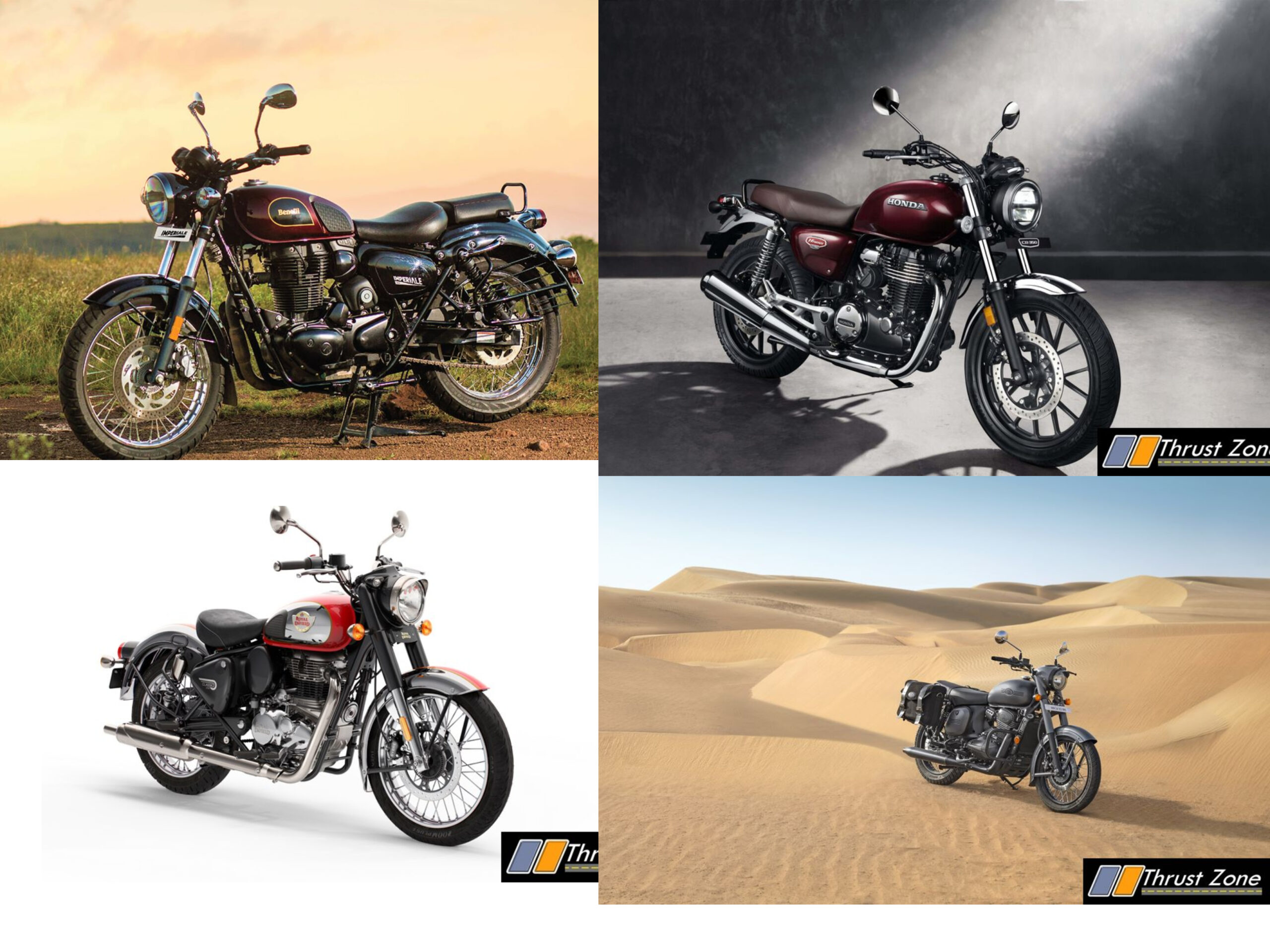 No one can doubt the cult image enjoyed by the Royal Enfield 350 in the Indian market. That said, it had been around for years and with the inception of new bikes in the segment, the need for its updation was self-explanatory. Sensing the urgency, RE updated the model and launched the new 350 in the market. How capable the new version is and how it compares against the likes of Honda H’ness CB350, Jawa Classic, and Benelli Imperiale 400, we find out in this specification comparison review.

Purchase Price
The price of the RE 350 range starts at Rs 1.84 lakh and goes up to Rs 2.15 lakh for the top chrome variant. Honda starts at almost the same price Rs 1.86 lakh for DLX Dual-Channel ABS though its range peaks at comparatively lower Rs 1.92 lakh. Jawa Classic, on the other hand, is more affordable than both RE and Honda with a price range stretched between Rs 1.78 lakh and Rs 1.87 lakh for single disc and dual disc variants respectively. The price of the Benelli Imperiale 400 is par for the course with the bike costing Rs 1.89 lakh and Rs 1.93 lakh for dual-channel ABS silver and black variants respectively.

Engine and Performance
RE 350 comes powered by a single-cylinder air-cooled engine displacing 349cc with a rated output of 20.2hp and 27Nm. The power to the rear wheel of RE is channelized with the help of a 5-speed gearbox. Honda H’ness CB350 has slightly more power with 21.07PS and 30Nm owing to its 348.36cc capacity motor which also comes mated to a 5-speed gearbox.
Jawa Classic, on the other hand, gets a 293cc engine that puts out 27.33PS and 27.02Nm though the bike gets an added advantage of extra gear in terms of its 6-speed gearbox. Benelli Imperiale 400 uses the largest displacement motor here with cubic capacity rated at 374cc though performance is not class-leading with output of 21PS and 29Nm on tap. The engine is mated to a 5-speed gearbox.

Chassis and Suspension
Underpinned by a double-downtube frame, the new RE350 suspends the front tire with the help of a 41mm telescopic fork upfront. The ground clearance on the bike has been increased by 35mm and now stands at 170mm. The braking duties are handled by a dual-channel ABS system featuring a 300mm front disc and a 270mm rear rotor. The bike features a 1390mm wheelbase, gets a 13-litre fuel tank capacity, and tips the scale at 195kg. 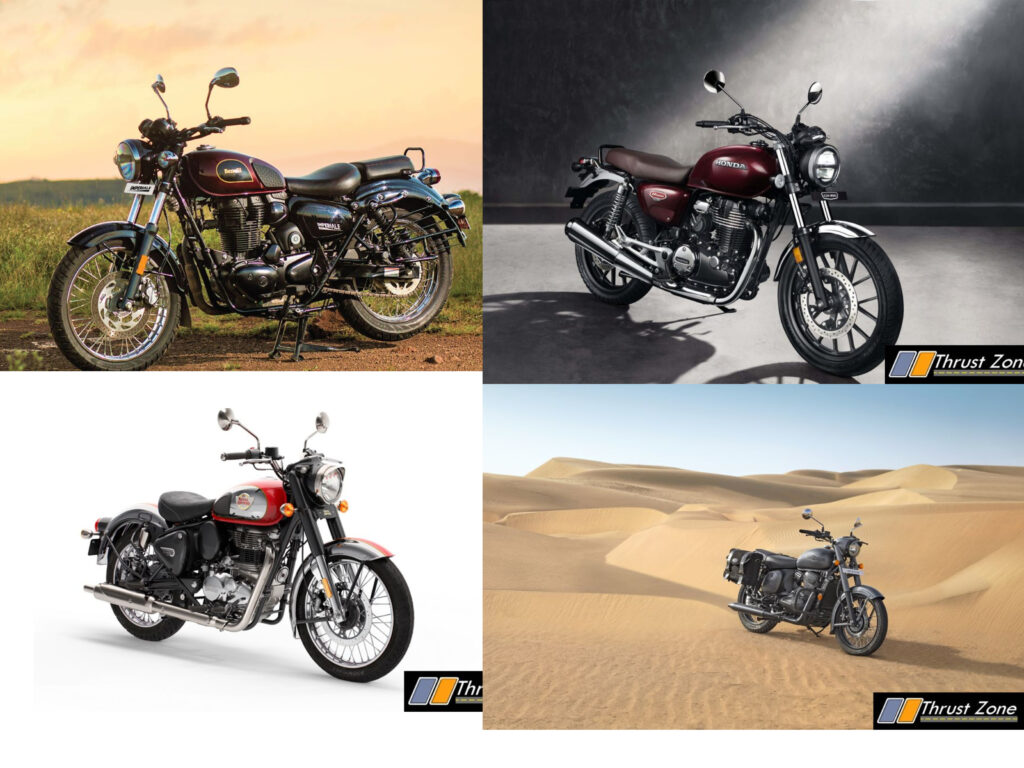 Benelli Imperiale 400 has a 12-litre fuel tank and it weighs 205kg with a rated wheelbase of 1440mm. Upfront the bike gets a 19-inch wheel while at the rear it gets an 18-inch tire. The stopping power is provided by 300 mm and 240mm discs at the front and rear respectively. The ground clearance is generous at 165 mm and the bike weighs 205 kg.
Features and Equipment

In terms of features, RE 350 comes equipped with an updated instrument cluster, two trip meters, and tripping navigation in the top chrome trim. Besides, the bike also gets a dual-channel ABS system. Honda has comprehensively equipped H’ness CB350 with many of the segment-first features such as part digital instrument cluster displaying information on ABS, smartphone connectivity, battery voltage meter, and gear position indicator.

The bike also gets dual-channel ABS and full LED set up as a standard part of the equipment. Jawa Classic also gets a generous kit with features such as a fuel warning indicator, low battery indicator, engine kill switch, single-channel ABS, and pass light being on offer. Besides, there are other standard features including a speedometer, tachometer, and fuel gauge that are available on the bike. Benelli Imperiale 400 gets an analogue speedometer and tachometer with a digital display that exhibits information on a number of important parameters. The bike also gets a dual-channel ABS system for providing effective braking performance.