2017 Duke 390 From KTM Will Blow Your Mind With Its Styling, Continues To Segment Powerhouse 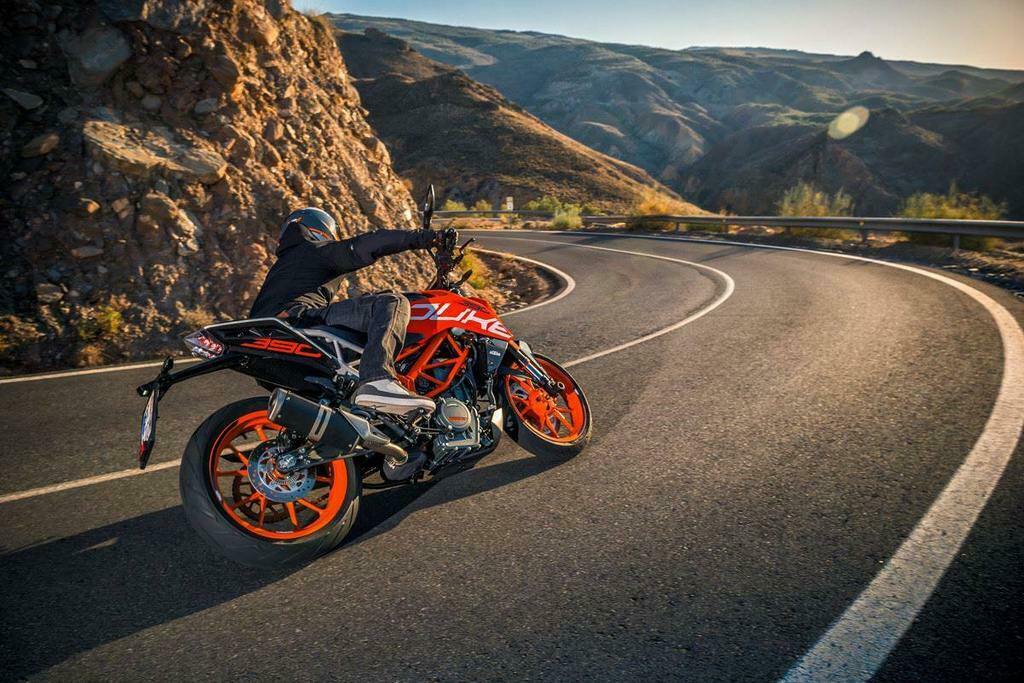 Woah! That was the statement we made when we saw the pictures first of the KTM Duke 390 in its 2017 avatar. The bike wooed us with its new front-end styling and a new rear along with major changes under the skin and over the skin. People have been waiting for the new Duke’s for quite some time and the day has come. The Duke 390 blows away with a list of features, refinement and also obeys the law and offers even more fun then before. KTM Duke 390 is here and we have all the details for you.

This is where KTM has nailed it. The first look at the bike tell us that the sharp fairing at the tank that extends all the way is sharp and aggressive. The new subframe is another major highlight which is form and function. Large seats on top of it and minminlist side panels make it look fresh. New headlights with LED are split in two and have the sensual appeal that makes the motorcycle look like nothing else in the international market as well, forget domestic.

Mechanical kit includes a brand new steel trellis frame with an bolted on sub-frame. The front forks are new 43 mm WP upside-down units, a lightweight die-cast aluminium swing-arm is part of the list. Brakes are larger 320 mm front brake rotor that have a new Brembo-developed ByBre branded caliper that continuous to be radial and four-pot unit. The KTM Duke 390 stands at 149kg (dry)

India launch is set around Feb-March 2017. Prices are expected to go slightly higher than what they are know. Expect it to be under 2.7 lakhs on-road Mumbai/Pune.

The 373.2cc, single-cylinder, liquid-cooled, fuel injected engine is now Euro 4 complaint and continues to be offered with a Slipper clutch. Good news is that it still makes 44 BHP of power. Power will be delivered in a smooth manner by using ride-by-wire throttle.

ABS is standard on the bike as it gets the new 9.1 Bosch system. Standard feature include adjustable brake and clutch levers. The TFT digital clocks features an optional MY RIDE multimedia interface that includes a hands-free kit and an audio player. Kudos to KTM to come up with something out of the box as it the meters and features are unique by far.

2017 Triumph Street Scrambler Is Another Addition To The Largest Platform Triumph Has Ever Made!