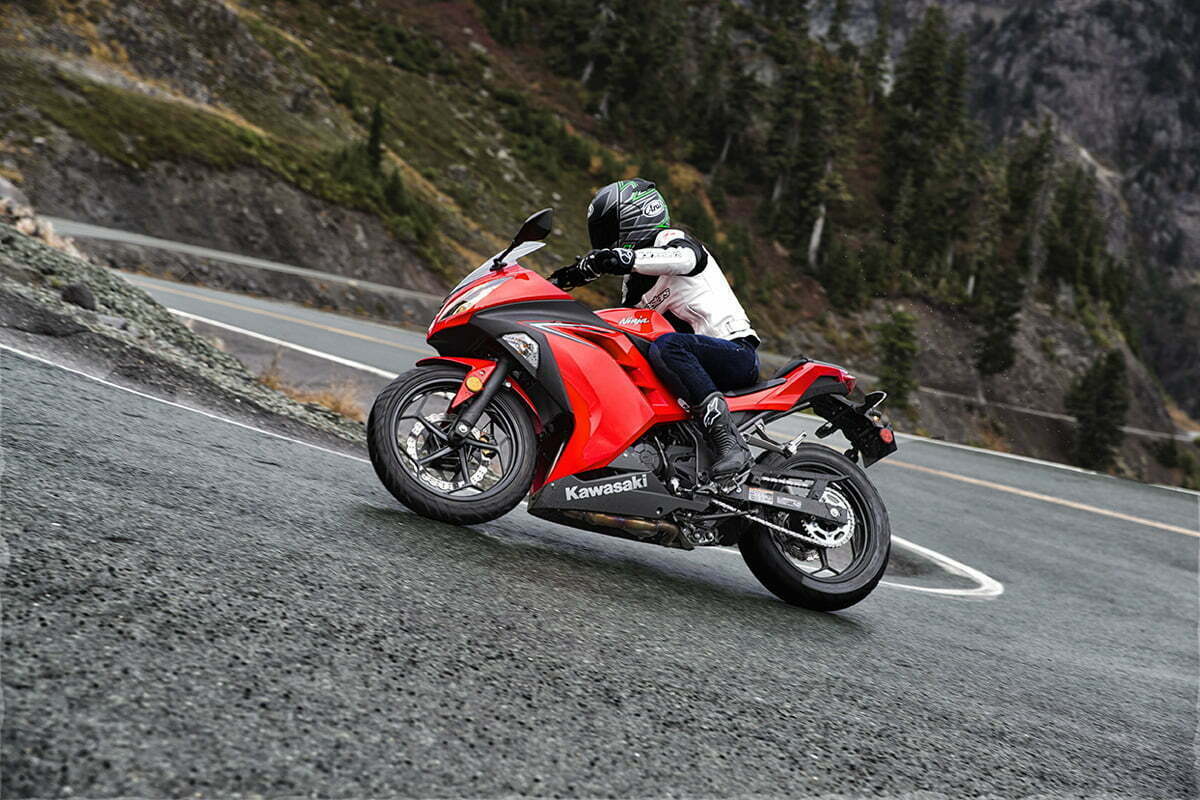 In a great Christmas gift for the beginners into the world of motorcycles, Kawasaki’s US business stream has launched the 2017 Kawasaki Ninja 300 in the US market. Interestingly, the 2017 Ninja also gets the stunning winter test livery along with its standard version and we can’t wait to see it arrive on Indian shores as well. In its search to make the already stunning Winter Edition of the Ninja 300, Kawasaki has given it a wider tyre also while there have been minor cosmetic changes as well.

The standard version of the Ninja 300 remains continues with the same design while the Winter Test edition distinguishes itself with the aforementioned fatter rear tyre with a 150 section and the cosmetic changes which make it look sportier and slightly aggressive than the standard bike. The Kawasaki Ninja 300 Winter Test Edition has been painted in the Kawasaki Racing team’s winter test livery and comes with a rear seat cowl and a taller windshield.

The 2017 Kawasaki Ninja 300 continues with the last year’s models 37mm thick telescopic forks up front. The rear suspension too is similar to the 2016 model and is a 5 way adjustable Uni-Trak mono shock. The bikes braking performance is taken care by a 290mm petal disc having a 2 piston caliper for the front while the rear gets a 220 mm petal disc with a 2 piston caliper.

Launched in April 2017, the price is the same as above which is without ABS.

The 2017 Kawasaki Ninja 300 variants for US market continues to be powered by the same old, 296cc Parallel-Twin, Liquid-Cooled, DOHC, engine mated to a super smooth 6 speed gearbox with assist and a slipper clutch as well. Kawasaki says the engine has dual 32mm throttle bodies that should aid in power delivery. Although the company has not disclosed the power figures for the bike, however, expect the bike to make the same outputs of the 2016 models or thereabout. The 2016 Ninja 300 makes 39 Ps @11000 RPM and 27 Nm @10000 RPM. 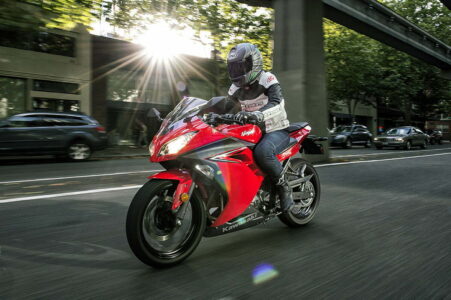 Speedometer gets digital and analogue speedo and tachometer respectively. It shows an eco meter and the usual tell-tale lights. The ABS option continues to be missing.

In the US market, the biggest competition for the 2017 Kawasaki Ninja 300 is the Honda CBR300R and the Yamaha YZF-R3. While the KTM RC390 can also be taken into the mix, however, ironically the single cylinder KTM has been priced much higher than its Parallel Twin rivals in the US market. 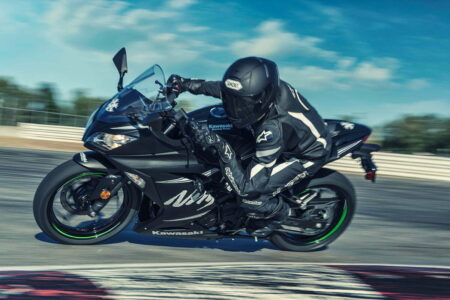 Audi Q8 Will Be The Flagship SUV for Ingolstadt Manufacturer, Unveiling VERY Soon