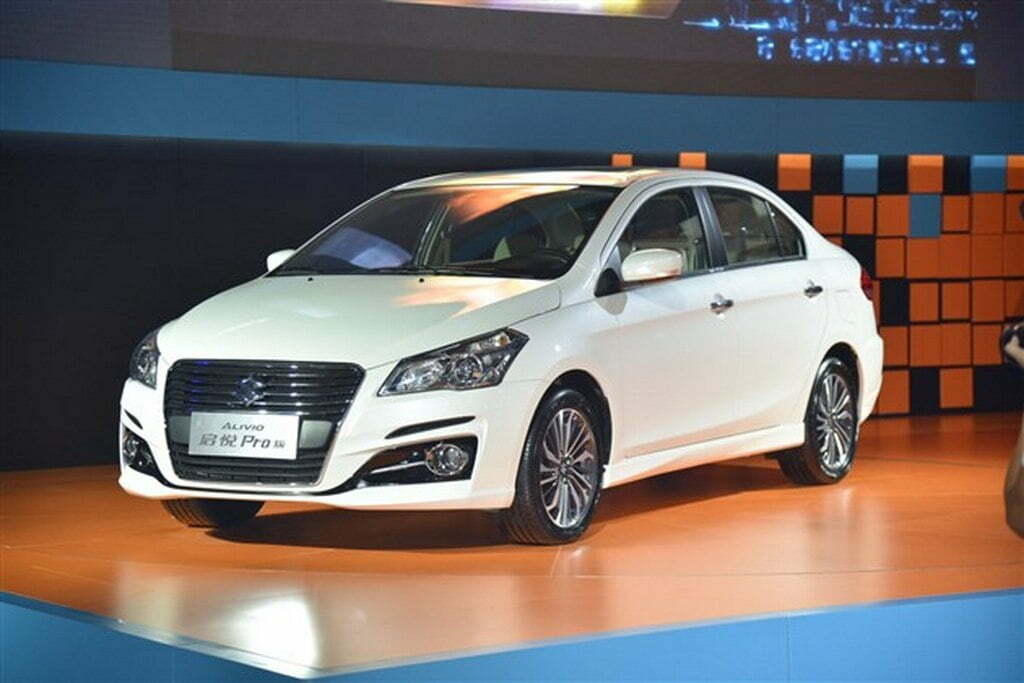 Earlier, it was reported that Maruti Suzuki will be launching three new cars by the end of this financial year in the form of an updated S-Cross, Celerio and the next generation Swift. But since the Ciaz being spotted, the number will go up by one, hence making it a total of four launches this financial year. The Ciaz has been consistently outperforming the Honda city in terms of sales. The Ciaz’s updates are mostly cosmetic with some additions to the features list. There won’t be major hikes in prices for the Ciaz. Like most of Maruti’s facelifts, the Ciaz will not be getting a comprehensive overhaul. Instead there will be minor cosmetic updates to the exteriors. 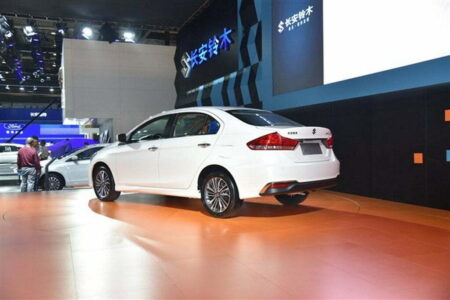 The front bumper has got some additional chrome garnish, and it’s the same case for the rear bumper. The 2017 Maruti Ciaz Facelift has been complimented very well by the dual projector headlamps, which have now become a standard in all the variants. Underpinning Suzuki’s TECT concept, the Ciazis the longest car in is entire league. The body coloured front bumper houses the twin fog lamps, which further increases the overall appeal of the sedan. As we move sideways there is a long shoulder line that runs along the length, which lends a helping hand in the dynamism and balance to the car.

This makes the sedan aerodynamic and attractive at the same time. In addition to all these features, there are chrome door handles and electrically adjustable outside rear view mirrors with turn indicators which makes it even more desirable. However, the 16 inch alloy wheels are only limited to the top end models where the base models get the 15 inch steel wheels. Surprisingly, the mid-range z gets 15 inch alloys. Coming to the rear of the car, the premium rectangular tail lamp cluster is the reminder to the current generation Honda city’s tail lights. 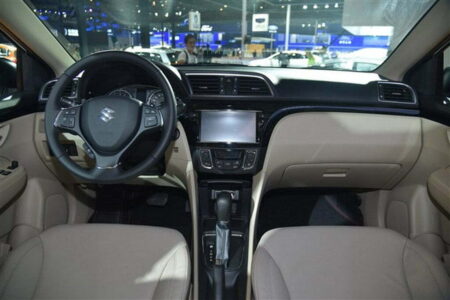 We are not expecting the company to make major changes to the interiors of 2017 Maruti Ciaz Facelift. The same black beige cabin from the current car will be carried over to the new model. However, Maruti could add a few features including the sunroof. The Ciaz’s cabin is already pretty rich in terms of the equipment on offer. The best part of the car is that there is a lot of head room and leg room making it very comfortable for even tall passengers to have a comfortable journey. The boot space of the car is huge and that’s one thing I loved about this car.

It’s as big as one can fit a huge golf kit in it and it would fit in without any problem. The wooden garnish for the interior has given it a very classy look. Among Maruti’s, the Ciaz has the best plastic quality. A few features that Maruti offers in the Ciaz are the front centre armrest, rear centre armrest with up holders, engine push start/stop system with intelligent key, audio controls mounted on the top on the steering wheel, automatic climate control system with dust and pollen filter, rear ac vents, front and rear accessory sockets, high adjustable driver seat, foot well lamps, etc.,

For the sake of infotainment, the company has introduced an audio CD player with 4+2 speakers + tweeters and USB connectivity as a standard in all the variants, but the top end models also get the Bluetooth connectivity and calling controls on the steering wheel and most importantly it gets the speed-volume compensation feature. The best part is it gets a 7” touch screen which looks just like an iPad, which allows the user to sync their phones and also acts as a reverse parking camera.

2017 Maruti Ciaz Facelift launch is likely to take place in August this year. Maruti has recently shifted the sales of Ciaz to the NEXA outlets. This means that the new Ciaz will also use the NEXA dealership for retail. The price of the car should remain more or less the same as the previous version. The top end variants could get a little more expensive thanks to the addition of new features. The Ciaz would vary from a price range of Rs. 7.50 lakhs to Rs. 10.50 lakhs. 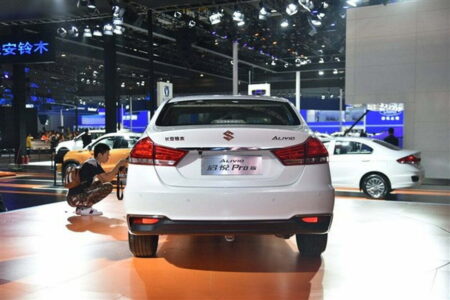 Maruti Ciaz has been presented in both petrol and diesel fuel trims. The petrol variant is powered by the next generation K14 VVT, 1.4L, K-series engine, which dashes out a maximum power of 91 bhp at 6000 rpm in accordance with a peak torque of 130 Nm at 4000 rpm. The 1373cc, 4-cylinder engine is mated with a 5-speed manual transmission, while there is a 4-speed automatic transmission on offer with the automatic variants.

On the other hand the diesel variants come loaded with a new 1.5 diesel engine that will make above 100 BHP of power and 200 Nm of torque from it. The all-aluminum engine will be on high on efficiency and low on emission.

Coming to one of the most important aspect of the car, the mileage. Ciaz has best in class mileage and also has defeated the Honda City with the fuel efficiency of 28.09 kmpl for diesel and for the petrol variant, the manual transmission gets 20.73 kmpl and the automatic transmission gets 19.12 kmpl (ARAI specified). Hence the Ciaz is the leading sedan in the country in terms of fuel efficiency in both guises.

2017 Maruti Ciaz Facelift has incorporated the same efficient braking system in the sedan with discs in the front and drum breaks in the rear. The 2017 Maruti Ciaz Facelift comes with a duo of ABS (anti-locking braking system) and Electronic Brake Force Distribution (EBD), which acts as a secondary breaking system across every variant. However the base model doesn’t get any sort of safety features. Various other safety features that are available in the Ciaz are the dual front air bags, reverse parking sensor and camera and seat belts with pre tensioners and force limiters. This sedan also has an engine immobilizer and anti-theft security system as a standard in all the variants.

2017 Maruti Ciaz Facelift is placed in the highly competitive C segment in the country, which is already flooded with cars. The Ciaz is rivaling against Honda City, Hyundai Verna fluidic, Volkswagen Vento, Nissan Sunny and the Skoda Rapid. Undoubtedly, Maruti Ciaz would get the benefit of the segment best wheel base and mileage, staggering price and exceptional after sales network over the above mentioned foes. With already 10,000+ pre orders in its kitty, it is one big victory even before entering the arena.

2017 Maruti Ciaz Facelift is going to be an entirely value for money car just like the rest of the Maruti cars. The company is learning from the mistakes made in SX4 and has left no room for error. Even before the release of the car there is a huge demand for the car which has already made it a hit. The home-grown automaker’s unmatched legacy, superior dealer network and easy maintenance are some other factors that would tempt buyers towards Ciaz. Let’s wait and watch as what we we get with this update of the Ciaz as it prepares for its major rival, the Verna which comes in August 2017.

Brezza, Ecosport, Nexon Rival From Germany Is Here and It is Called VW TROC SUV