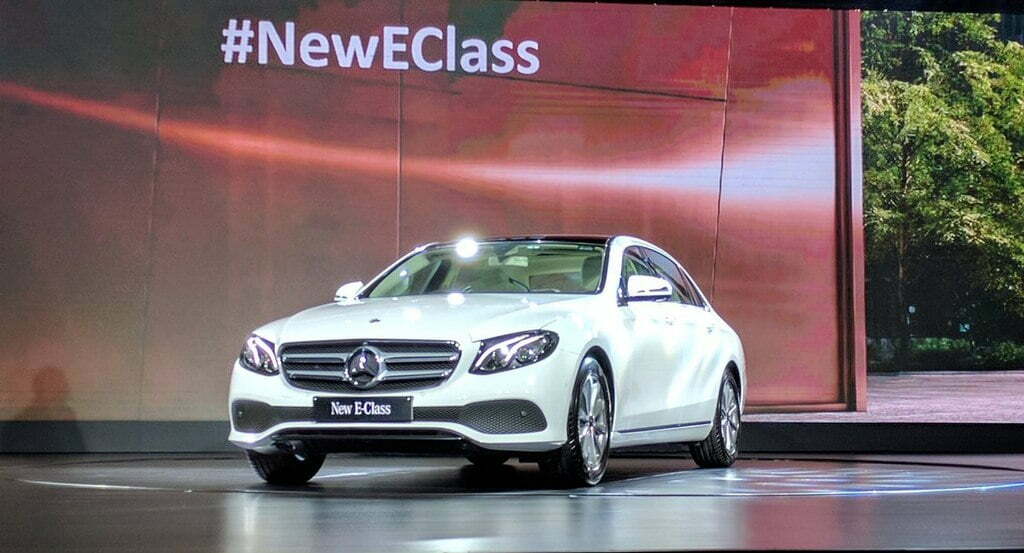 Even if you are living under a rock some one by now must have told you that Mercedes-Benz rules the chart in the India premium car market. The sales are all time since the past three years and there is no stopping Mercedes globally as well as it overtaken its peers very easily such as BMW and Audi. The manufacturer is making some tough and unique decisions to make sure it stays in the lead. One of this is getting the Long Wheel Base version of the E-Class to India instead of the normal E-Class. We have all the detail as the new launch has been done at a price which can change we look at the segment.

The car now looks more like S-Class and infact exact like the S-Class in terms of length. The headlights and tail-lamps have been revised, the large grille with the huge logo continues. The sculpted bumper at both end with subtle makes sure it reflects quality. The car touches the 5 meter mark.

Interior yet again is very high quality and is scaled down S-Class by a small margin which lends it a premium aura by a big margin over its rivals. The feature list includes all the connectivity options, large screens, big wheels, sunroof, COMAND system and much more is on offer. 7-inch multi-function display on both sides by dials, a 12.3-inch touchscreen display and a 13-speaker Burmester sound system is on offer. Three-zone automatic climate control, COMAND system, Android Auto, Apple CarPlay, 64 ambient light colour options and touch sensitive buttons for the steering wheel. The top-end diesel model gets air suspension system and memory function for front and rear seats.