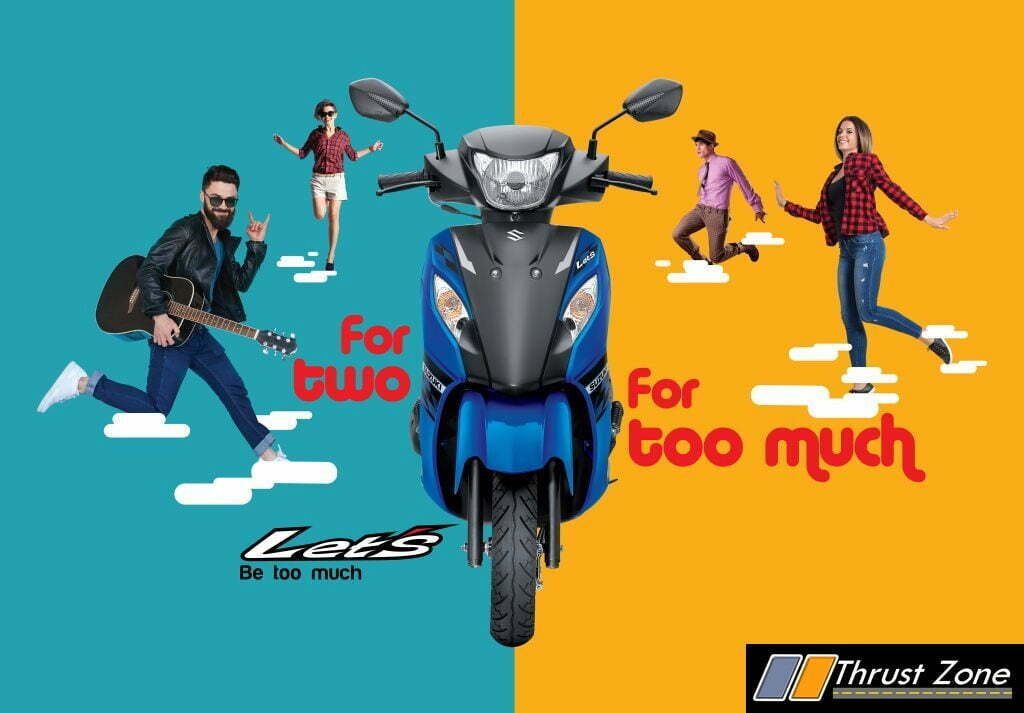 Suzuki was known in first few days as a scooter manufacturer as it sold the 125cc twins. The scooter manufacturer made Gixxer twins in 2014 and again it went to making a scooter in the lower, 110cc category It did exactly the same with the entry-level Lets and the scooter was great on paper and on road. However, sales aren’t smashing, but they do the job. Since it is part of the lineup, Suzuki has made sure it meets all norms to make sure it continues to sell through showroom. Let’s look at the changes the 2017 model brings.

The design and dimensions stays identical to before. However, there are subtle changes to the dual tone scheme that has been used for the 2017 model. The scooter continues to short, stubby and purposeful at the same time. The sharp lines and substantial stances makes the scooter stand out in its category. The scooter is fiber body unit. 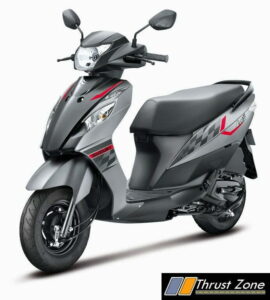 The underbone chassis with telescopic front forks and single sided shock at the rear continues to be on offer. There is no disc brakes at the front and both sides get 120mm drum brakes.

The 112cc engine now makes 8.4 BHP of power at 7500 RPM and 8.8 Nm of torque at 6500 RPM. The motor used SEP technology to deliver high performance and efficiency at the same time. The engine comes mated to an CVT gearbox.

NO ABS or CBS is being offered with the scooter for now. Feature list is basic as it doesn’t get much in its instrument cluster. 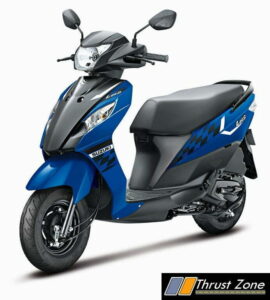 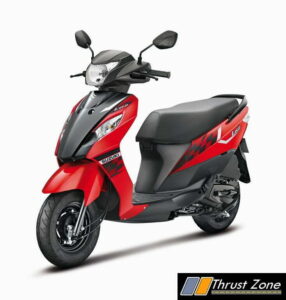