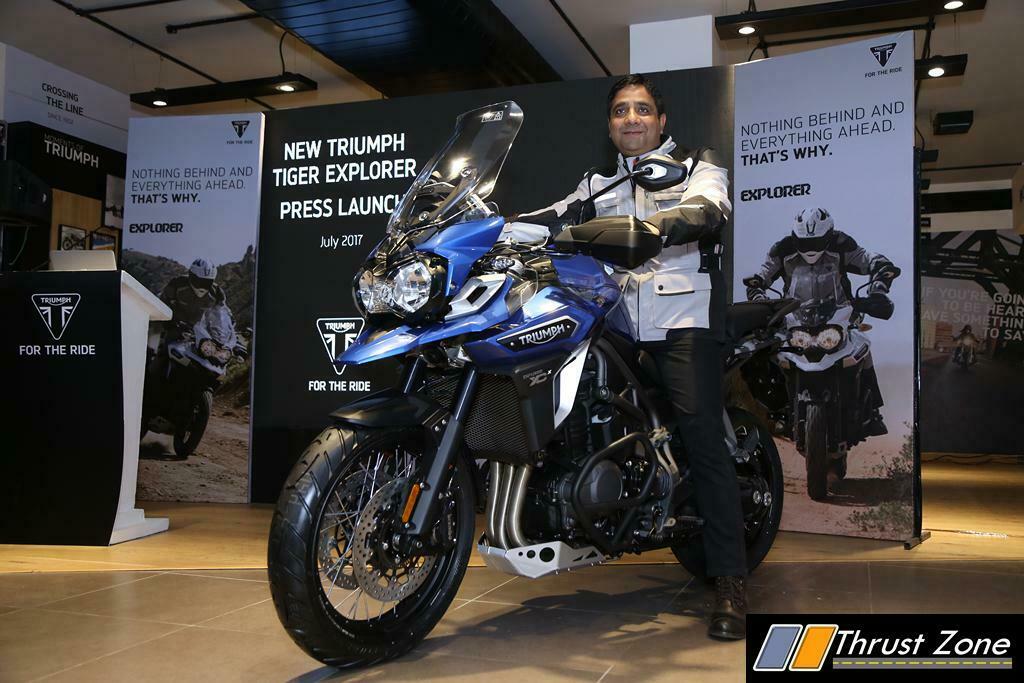 What IMU does is, it helps in calculating the lean angle of the bike with help of strategically positioned sensors which then uses this calculated measurement to ensure greater stability by optimizing the performance of the ABS and traction control systems.

Talking about the numbers the new 2017 model comes with and updated 1,215 cc inline 3 cylinder engine which delivers more power and churns out 137 bhp at 9,300 rpm and 123 Nm of peak torque at 6,200 rpm. Compared to the current engine the power figures have been increased by 2 hp and 2 Nm respectively. The engine is mated to a six-speed transmission.

The motorcycle meets the stricter Euro-IV emission norms which automatically make it compliant to BS-IV standards as well. The 2017 Explorer XCx comes assisted with KYB inverted forks up front along with KYB mono shock towards the rear wheels.

The Tiger Explorer XcX India competition is just like its worldwide counter part. It will go against the likes of Honda Africa twin, BMW R 1200 GS and Ducati Multistrada 1200S in the Indian market. The Tiger Explorer is priced well than the outgoing model between at Rs. 18.75 lakh, (ex-showroom Delhi).