2017 Yamaha XSR900 Abarth Will Take You Back in Time, Very Quickly! 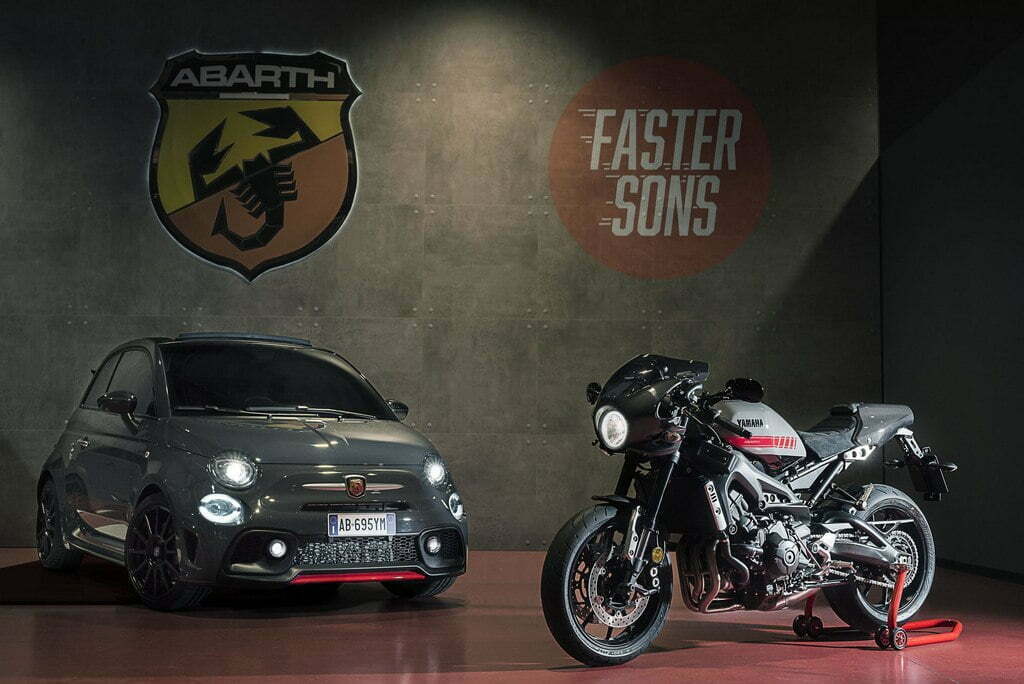 Yamaha has just taken the wraps of a stunning limited edition motorcycle at the ongoing 2016 EICMA. The motorcycle is called 2017 Yamaha XSR900 Abarth and we are absolutely in love with it. Based on the standard retro modern beauty, the Yamaha XR900 the new bike arrives in collaboration with Abarth. If you thought that the last years XSR900 was a thing of beauty, wait till you have seen this new limited edition half-faired carbon-rich version. This has arrived in the times when the ever stringent emission norms have effectively killed the big air-cooled engines, the XJR1300 in Yamaha portfolio for 2017.

This limited edition 2017 Yamaha XSR900 Abarth has been created with inputs from the Abarth and knowing its performance tuning capability, it is but obvious that we should be excited about this bike. Yamaha and Abarth have been closer to each other thanks mainly due to the Japanese company’s MotoGP programme and because of FIAT being a former sponsor of the factory Yamaha MotoGP team. The bike gets lower bars aiding a lower riding position and presents an authentic café racer appeal. The 2017 Yamaha XSR900 Abarth as mentioned earlier has a carbon fiber nose cowl. Along with it, there is also a carbon fiber front fender and new seat unit. Adding a old world retro charm to these modern elements, the bike gets a by a suede seat, and a battleship grey paintjob highlighted with red speedblock and Abarth logos.

The 2017 Yamaha XSR900 Abarth also gets a stunning full titanium Akrapovic system. This exhaust system culminates in a stacked end-can. The bike, like the standard XSR arrives with traction control, ABS, and the firm’s Assist & Slipper clutch. This means that this café racer is well suited for daily riding as well as some weekend fun. Yamaha stats that the production numbers of the XSR900 Abarth are strictly limited to just 695 units. To mark its rarity, each example of the bike will have its production number on an aluminium plaque to confirm its authenticity. Those among you with the desire and the means to get themselves this stunning limited edition bike will be required to register.

Though, you may need to set the alarm for the dedicated online registration system, which will go live on January 17, 2017 at 13.00 hours. The first 95 customers among the lot who register their order will be invited to join an exclusive VIP Abarth Experience on a first come, first served basis. After the first 95 online registrations have been confirmed, the remaining 600 units will be made available through Yamaha dealers from April 2017.

2017 Triumph Street Scrambler Is Another Addition To The Largest Platform Triumph Has Ever Made!