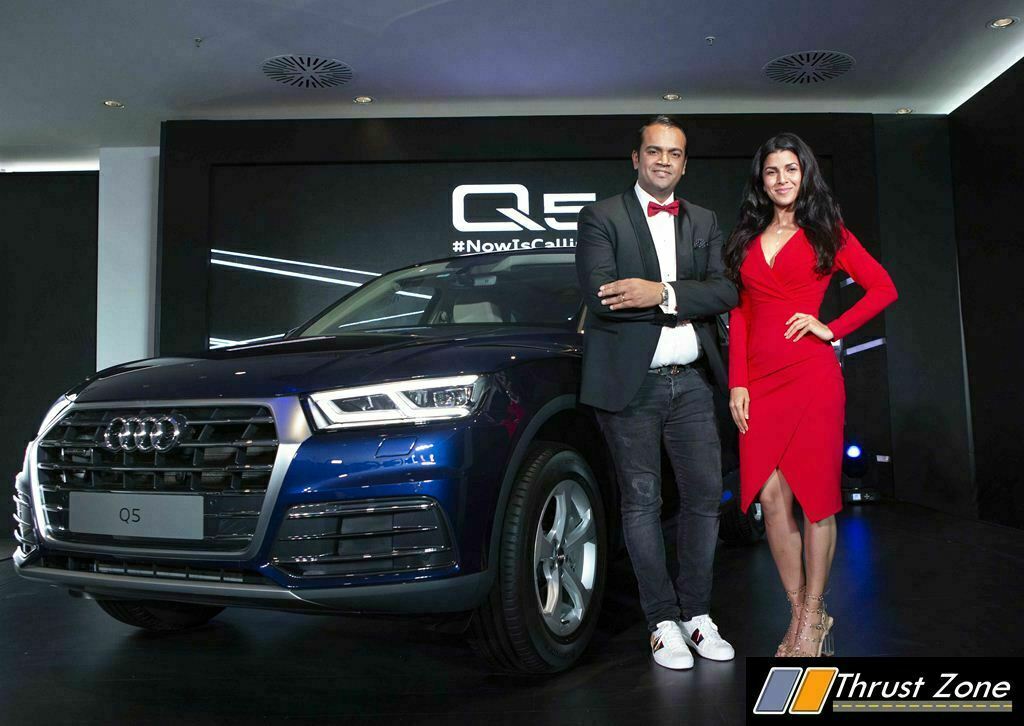 In January 2018, Audi launched the second generation Q5 in the Indian market. During its launch, the new Q5 was only offered with a diesel motor. Now, this model is all set to be offered with a petrol variant and it has been launched. The Audi Q5 Petrol India specific version is based on the MLB Evo Platform and it uses a lot of aluminium and high steel for is manufacturing. Hence this SUV is now lighter, edgier and it also better equipped in comparison with its predecessor. The 2018 Audi Q5 Petrol India specific pricing is 55.27 Lakhs ex-showroom Pan India.

Powering Audi Q5 Petrol India specific variant is a 2.0-litre turbocharged petrol TFSI engine. This engine is also available on the Q5 which is sold in the international market, also it powers the Q7 40 TFSI. The 2.0-litre turbo petrol motor produces 252 bhp of power and 370Nm of twist, these power and torque figures are similar to the Q7 40 TFSI. But the Q5’s engine is coupled with a seven-speed dual clutch automatic transmission, unlike the Q7’s engine which is mated with an eight-speed automatic transmission. 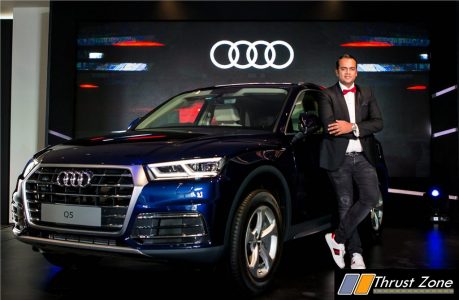 The features on the petrol variant Q5 are similar to the one on the diesel variant. So the Q5 petrol is equipped with a large infotainment system which is compatible with Apple CarPlay and Android Auto. In addition to this, the infotainment system gets get MMI function and Audi Drive Select as standard. 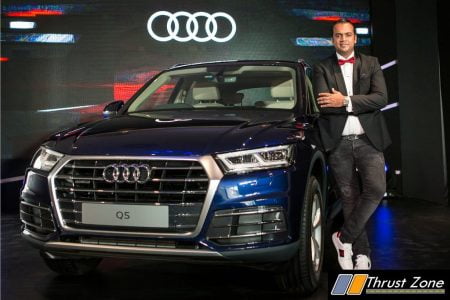 The Audi Q5 Petrol India specific version can also be offered with electric leather seats, panoramic sunroof, virtual cockpit with ambient lighting and three-zone climate control for better comfort for the passengers. This SUV gets a large boot of 510 litres along with electric boot opening feature and the headlight unit gets Matrix Beam headlamps along with LED lighting. In terms of safety features, the Q5 petrol gets many safety features similar to the diesel version such as eight airbags, cruise control with speed limiter, ABS with EBD, park assist with rear camera and sensors, etc.

The Audi Q5 Petrol India specific version will compete head-on with the BMW X3 xDrive 30i, Lexus NX300h and the Mercedes-Benz GLC 300. Also with the launch of the petrol mill, the Audi Q5 will have an added advantage over the Volvo XC60 which only gets the diesel motor.