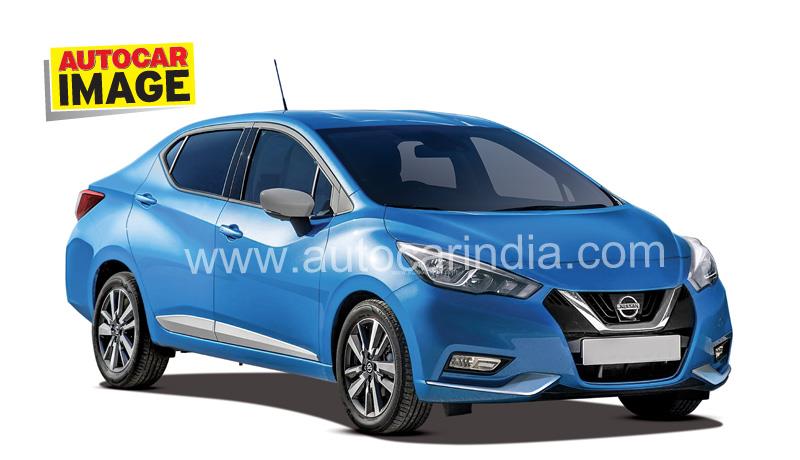 The Japanese car maker, Nissan has started work on the all new Sunny sedan that is most likely to come to India sometime in 2018. The Nissan Sunny was launched in 2011 and has been a volume generator for the Japanese car maker in India ever since. The sedan received its first facelift upgrade in 2014.

Even though in terms of sales it wasn’t a hit it had a few merits such as class leading cabin space and efficient engine line up and is an ideal car for family buyers. The expected price of the car would start from Rs. 8 lakh for the base model and will extend up to Rs. 12 lakh for the top spec model.

The new Nissan Sunny just like the current car will be sold as a global model and will be sold both in left hand drive and right hand drive markets alike. It’s also known as Almera and Versa. The new sunny in international markets is based on the latest version of the V plat form and the Indian sunny will be based on the Nissan’s cost competitive CMF architecture.

The Sunny is likely to get a petrol engine. If we are to believe the reports, the 2018 Nissan Sunny will miss out on the diesel engine. Currently, the sedan comes mated with a 5-speed manual and X-Tronic CVT automatic gearbox options. The expected mileage is 14.99kmpl.

Similar to the current model, the new model will be available in 6 colours – Pearl White, Onxy Black, Night Shade, Deep Grey, Bronze Grey and Blade Silver.
The 2018 Sunny will be rivalling against the Honda City, Hyundai Verna, and most popular Maruti Suzuki Ciaz.

Honda Jazz Cross Style launched in Japan, Do We Need It Despite the WRV on Sale?