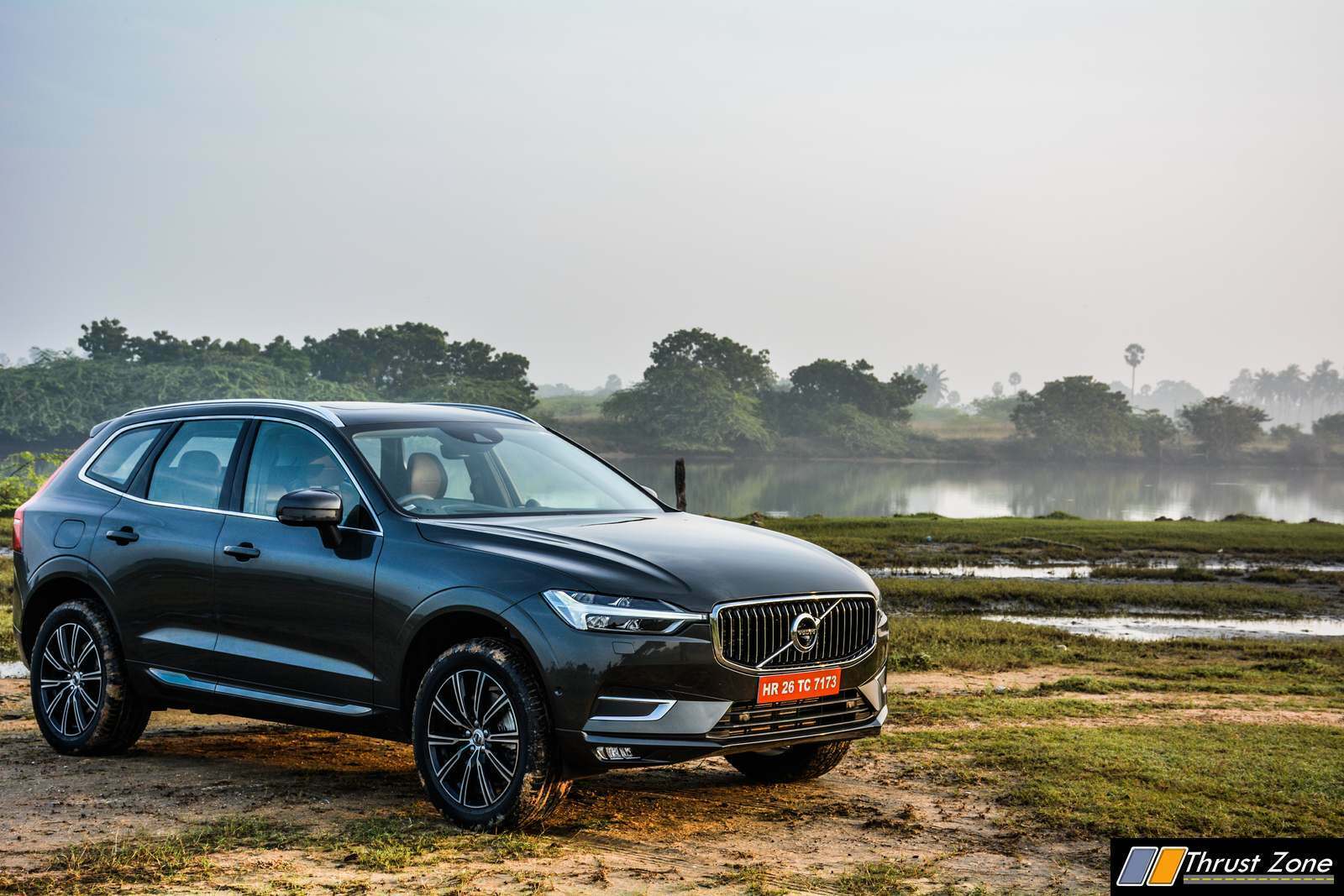 2018 Volvo XC60 in its second generation has outdone its predecessor in such a manner, that is hard to believe 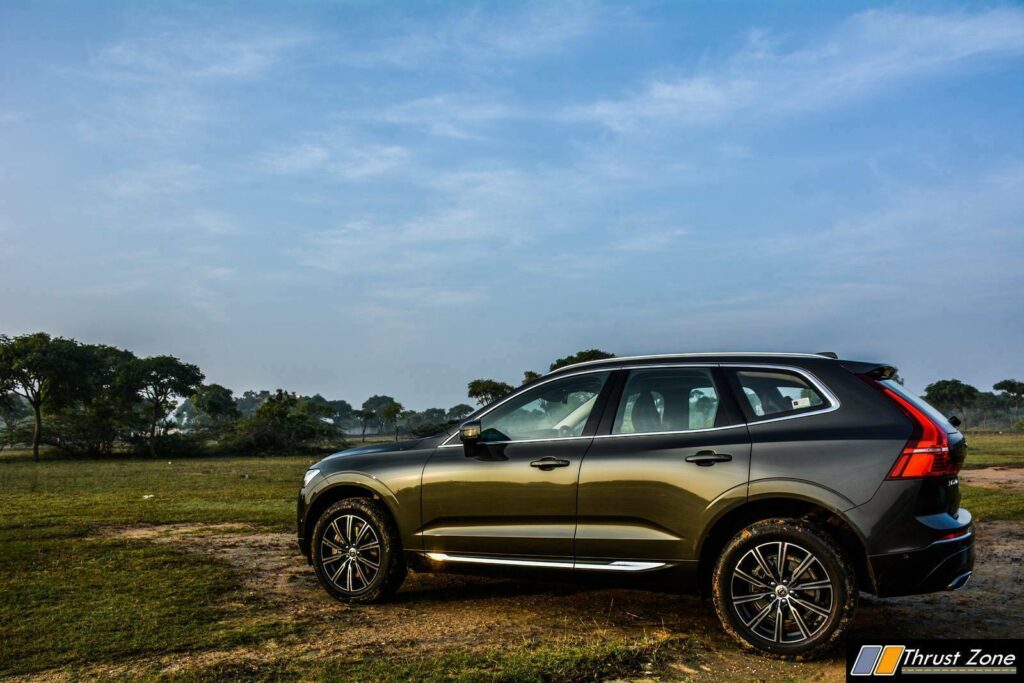 Volvo till date has launched four products in the last two years. Those numbers may be less, but the strategy behind it is big. It is launching all new products as soon as the international launch is done. India is a significant market for Volvo and this pretty much signifies the same. XC90, S90, V90CC and now the XC60. The other models didn’t have exactly much significance in the country but this, the XC60 always did. 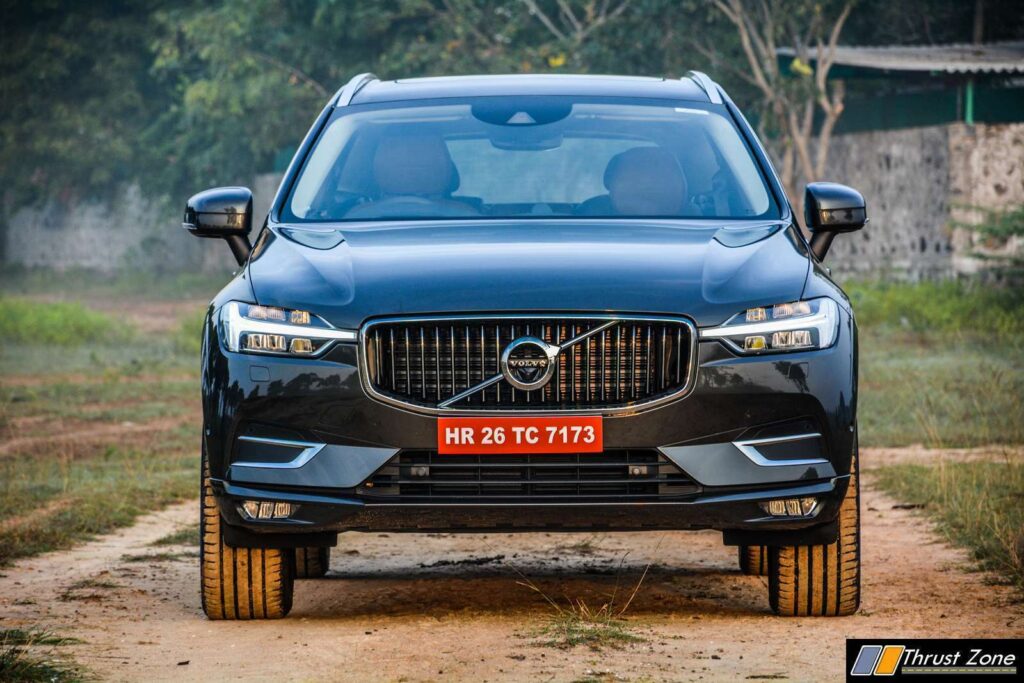 The manufacturer says that the product rolls 30% of their volumes. Post that it is the 90 series now that gets them the numbers. XC60 is an important model and even before launch and hype began, the customers lined up to get ready to buy one in India as the XC60 was seen readily available worldwide. The brand has just launched the car in the country and we got to sample just a week before it. So how does the XC60 do in terms of numbers, feel and presence? Let’s find out. 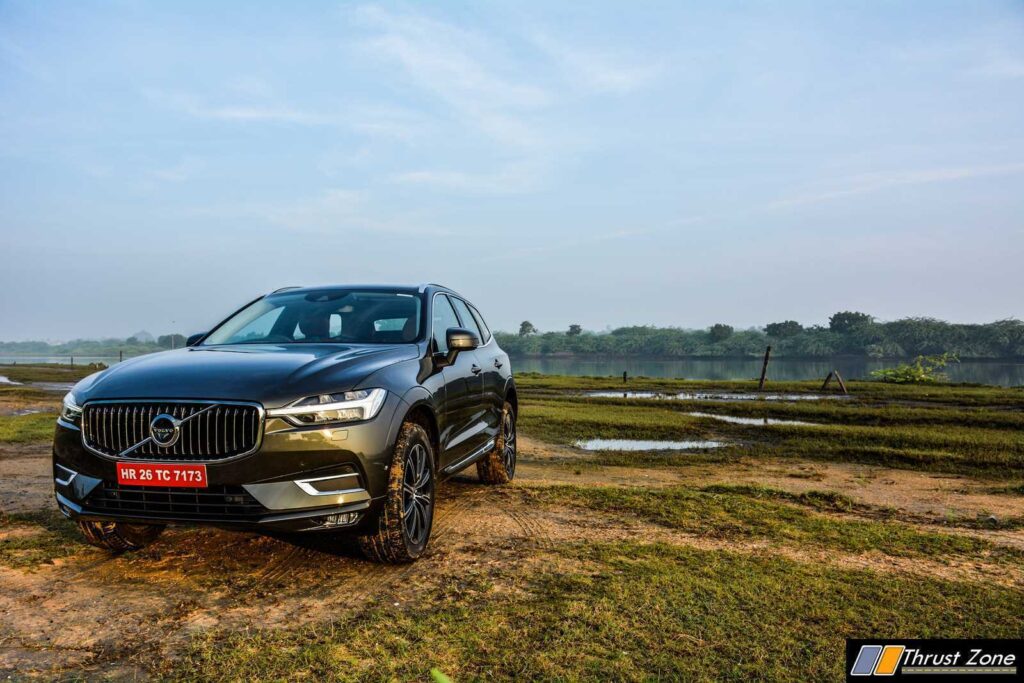 When Volvo says the new design of the XC60 is dynamic, we believe them this time as this isn’t a marketing term this time. The way the overall design comes in to flow it certainly says the same about the design. The side profile, in particular, is sharp and muscular at the same time. We like how the window line ends, the lower half is edgy and has chrome treatment. 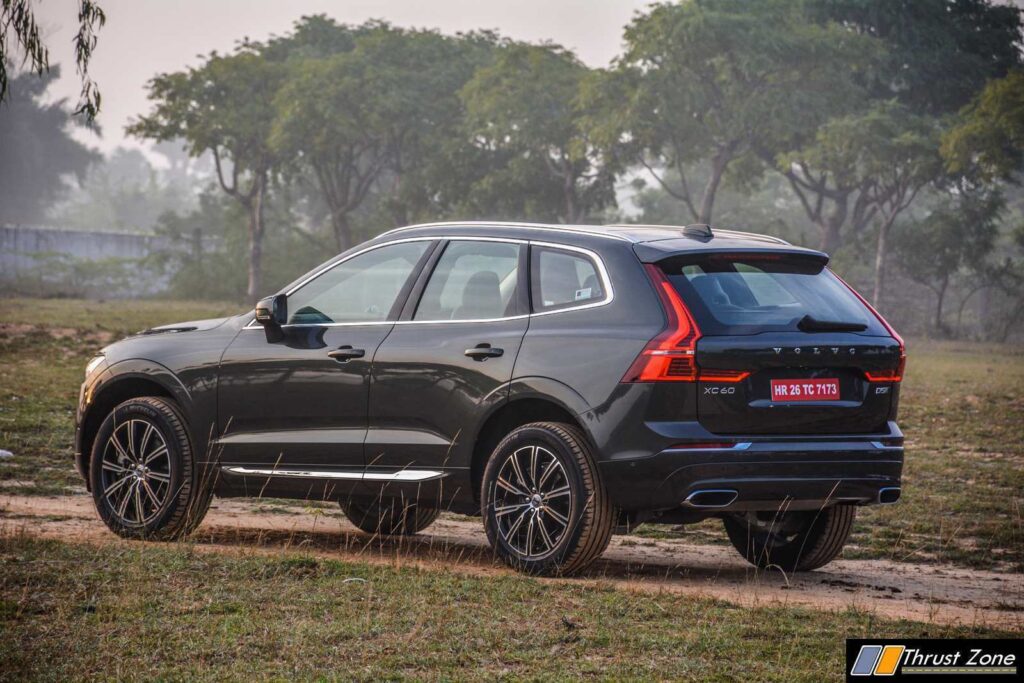 The C-Pillar seems to be rising up and that is what lends the dynamic design. The front remains the same as before with the Thor Hammer headlight and signature Volvo grille with a large logo. The rear has typical Volvo signature tail-lamps but the illumination inside is more generous and does look very futuristic. overall, proportions and elements seen in the car are spot on. 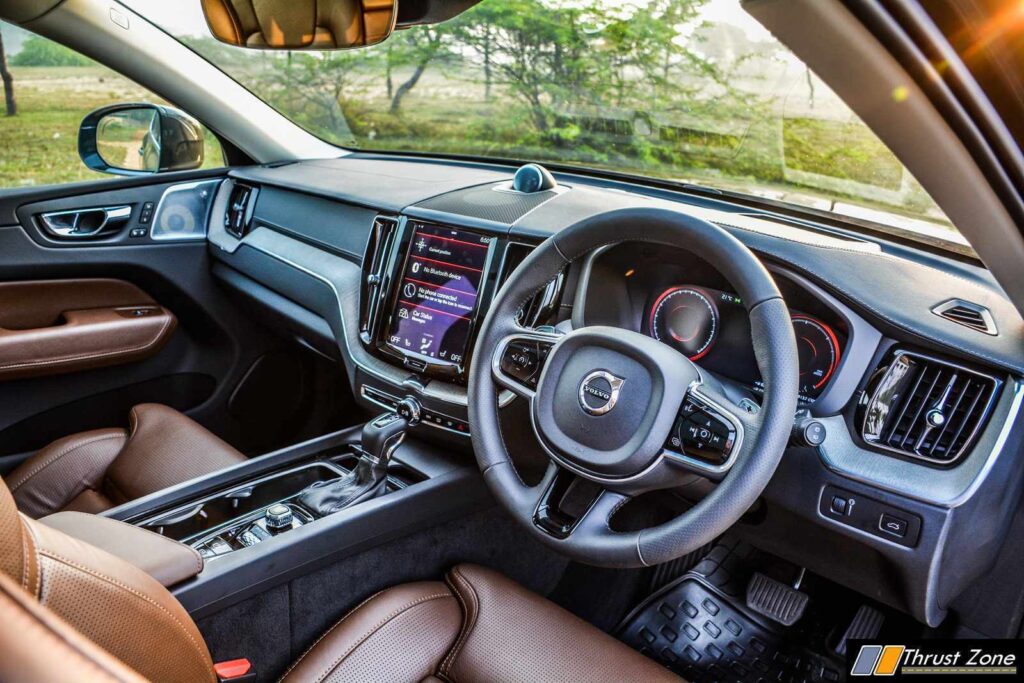 The interior is by far the plushest of the lot in the segment. The large chunk of wood inlays all the way from one side of the dashboard to the other along chrome inserts make it stand out. The flat dash with leather on the top and a large 9.0-inch screen in between is the highlight of every cabin in the new Volvo’s. Everything feels excellent to touch and the cabin breaks the monotony of its rivals by a huge margin. The tweeter peaking out from the center of the dashboard and the same mounted on the door pads look good and needless to say the Bower and Wilkins sound system is superior to most of its competition. 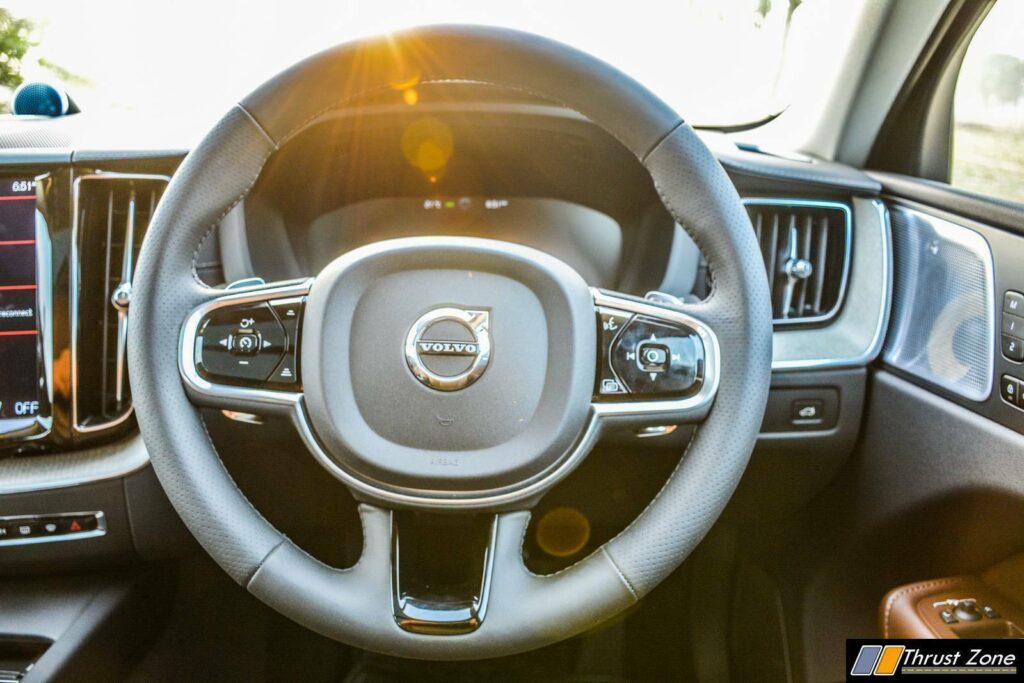 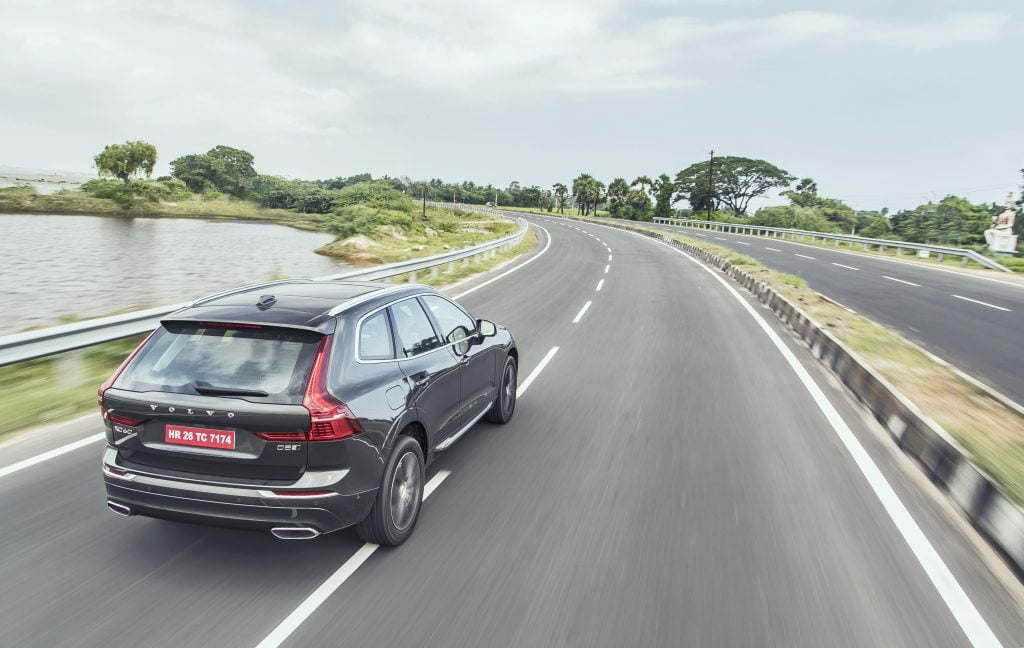 The powertrain is identical to what we have seen before in the V90 CC tested couple of months ago. The power pulse equipped motor makes 235 BHP of power and 480 Nm of torque. The car is turbocharged and comes with an air compressor and air canister. The numbers are so high for a 2.0-litre engine that it was required to have so. The moment you floor the throttle you would encounter lag, but not with the Power Pulse. When we did floor the throttle, there was no lag because the canister pumps more air into the turbocharger (exhaust manifold). 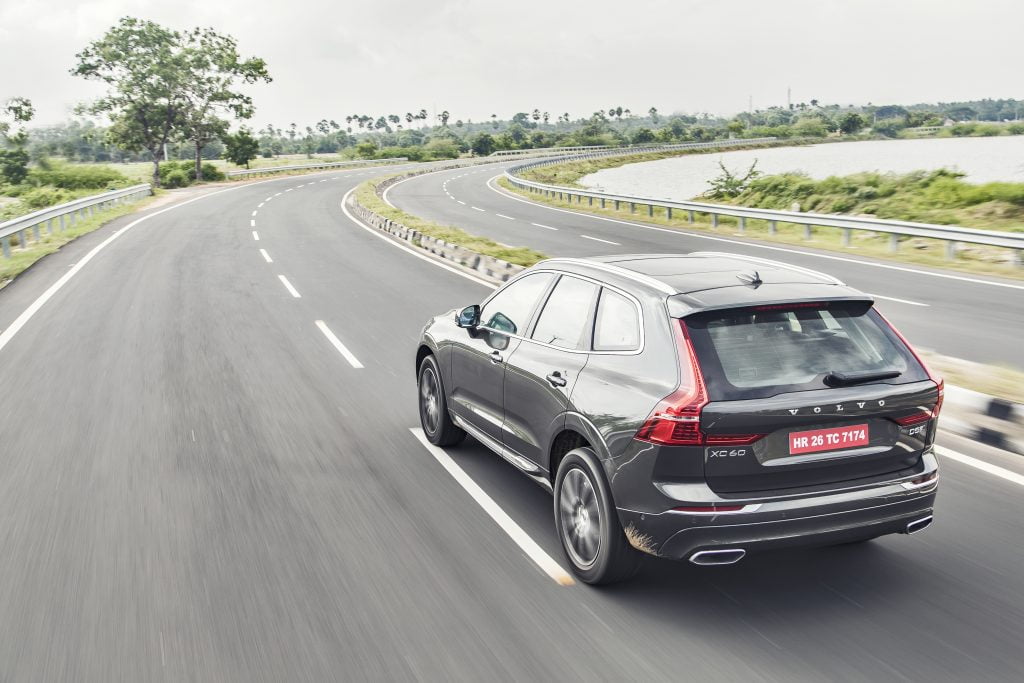 Eco, Comfort, Dynamic, Off-Road and Individual are the five driving modes to choose from. The motor is smooth and refined and NVH levels are beautifully controlled. The 8-speed gearbox is seamless and almost fast. There are no sporty intentions with the drivetrain or the car in any way so it does its job really well. Expect mileage of 15 km/l in mixed riding condition.

Air suspension is seen on four wheels. The ride quality in comfort mode is very cushy and yet there is a bit of vertical movement, something that doesn’t upset but as the pace picks up it is required to go in dynamic mode. When you do, the SUV does get a lot stiffer but not at the point of being uncomfortable. The SUV will stay go over all types of undulations without upsetting its passengers. 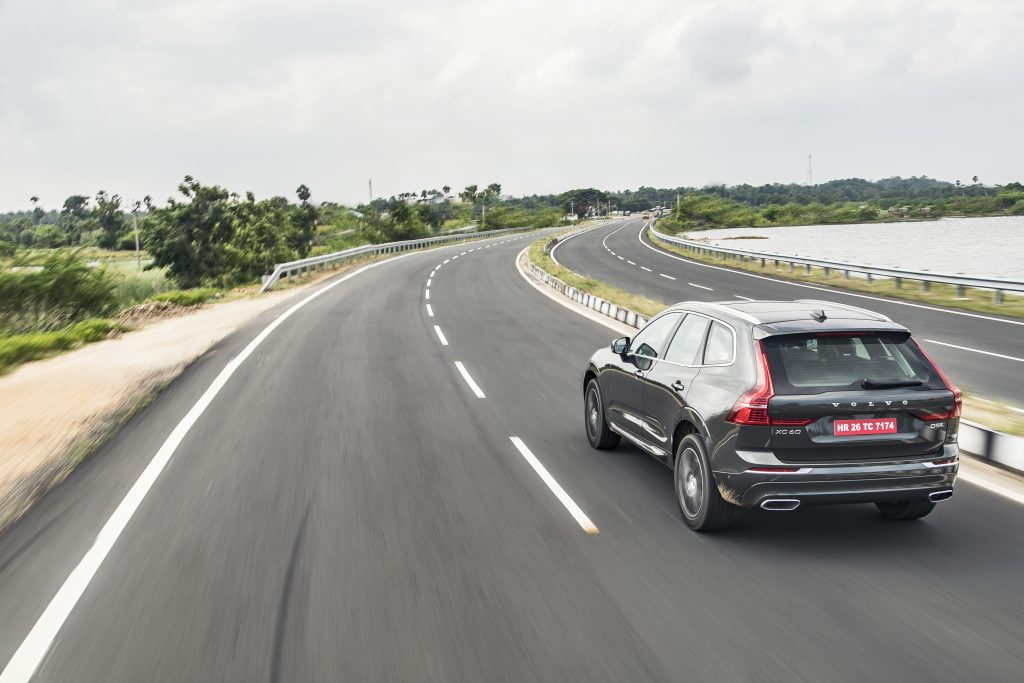 As you start pushing the SUV in the corners in dynamic mode, the car still displays a bit of body roll but its well contained. Go in a gentle manner on the same corner in the same speed and there is no problem. We reached triple-digit speeds on dual lane roads and the car was at downright ease. The cruising ability is undeniably the best in the segment. Steering weighs up as well in dynamic mode and at other times, it is light. Both times the steering is precise and has enough feedback on offer as well. Brakes are really good thanks to 20-inch tyres and wheel package along with four discs all around. 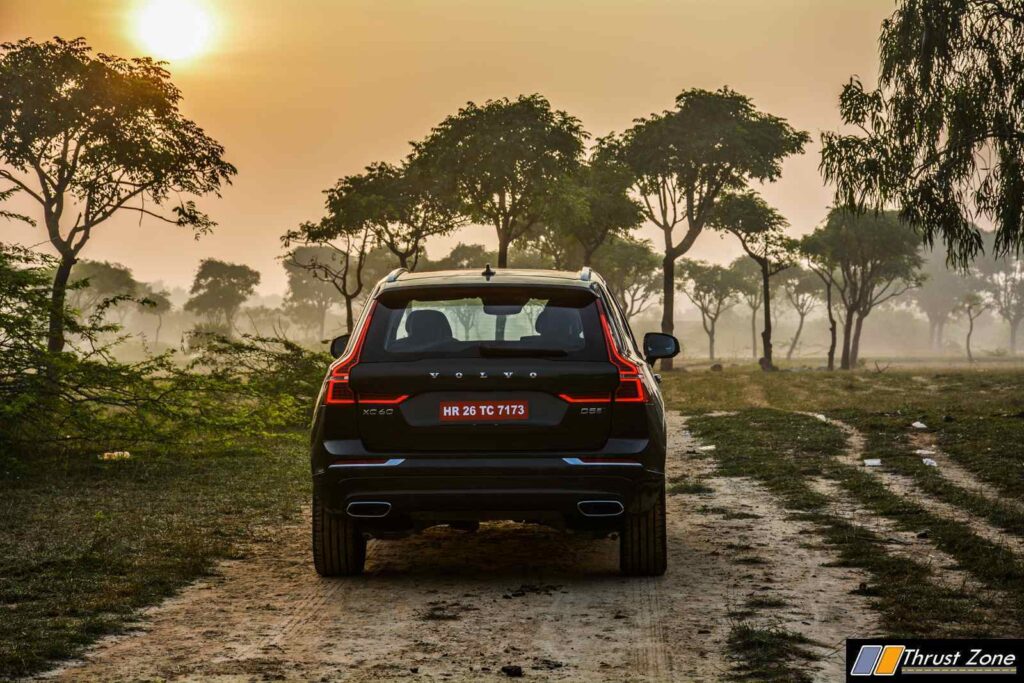 XC60 has been the SUV for the company since so many years despite a bit dated. With the new one being so good than its predecessor it should tag along with the 90 series of cars and take the game even forward and increase the market share and reach the brand even further. Volvo has priced the XC60 extremely well at 55.9 Lakhs ex-showroom, which is great value for money against its rivals. When you also consider the fact that the SUV comes in only one fully loaded top of the line variant. XC60 combines everything beautifully as it balances luxury, performance and exclusivity that it rivals can only be a bit jealous of. 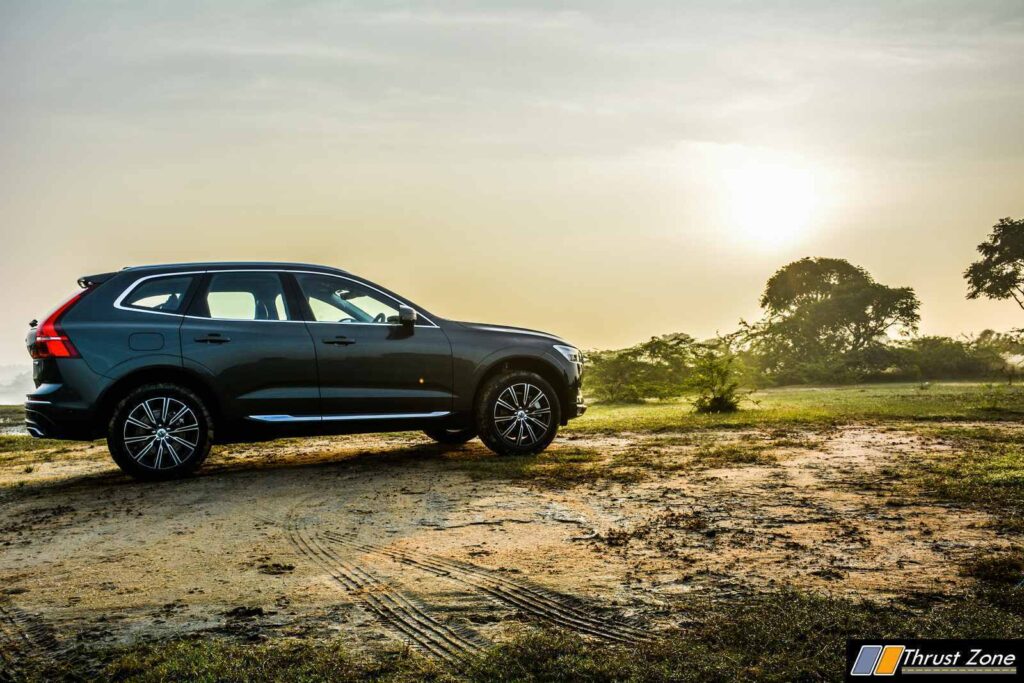