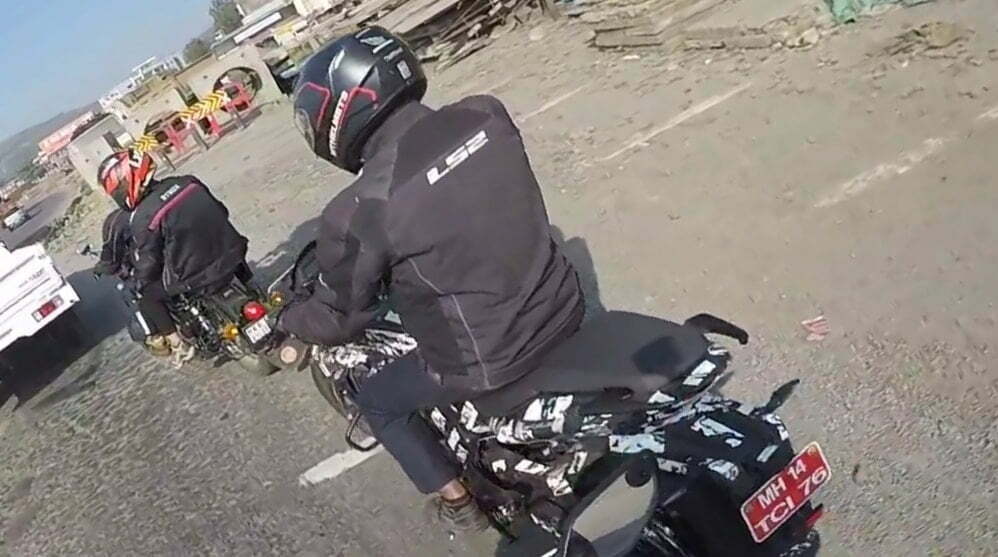 At launch of Dominar, Bajaj projected sales of around 10k units/month for the bike though the expectations proved to be too high to meet. In reality the sales not reached even half of the projections with bike hitting its record low sales of 170 units in November 2018. To revive the sales, Bajaj is readying 2019 Dominar which will get the market launch in January 2019.

The facelift version of the bike will be the first two-wheeler from the house of Bajaj to feature upside down forks front suspension system. New Dominar has been caught testing on the roads many times and will come with both cosmetic and hardware changes. The exhaust of the facelift version is larger and sounds better than the outgoing model.

Further, a new video has surfaced recently which has the details of the features on facelift Dominar. While the LED headlamp has been carried over, changes manifest in the form of a bigger radiator and redesigned rear view mirror stalks. A fully digital instrument cluster is a standard part of the equipment and now it displays more information than before. Other standard features on the bike include slipper clutch, ABS, dual disc brakes, and 17” alloys with tubeless tires at front and rear.

Bajaj has carried over the engine which means the facelift version will have 373cc, single-cylinder, liquid cooled engine. The current output from this motor is pegged at 34.5bhp and 35Nm; however, 2019 Dominar is expected to get improved power and torque numbers. We expect the facelift Dominar to comply with upcoming BSVI emission norms. Bajaj is also expected to expand color options on the new Dominar. The currently selling Dominar ABS variant is priced at Rs 1.63 lakh in Indian market and the new version will get costlier by around Rs 10-15k.