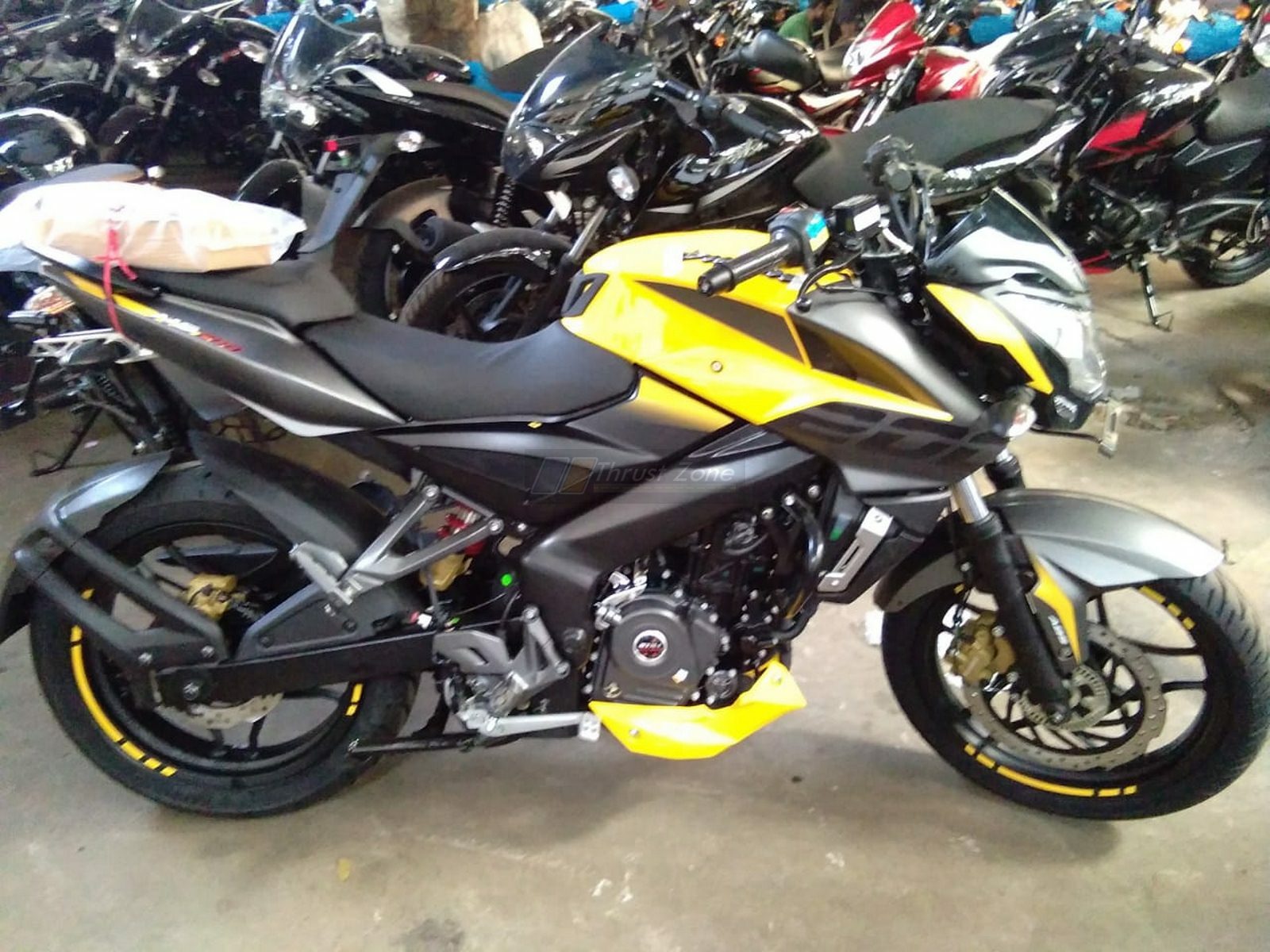 Bajaj launched Pulsar NS200 in India way back in 2012 and set the tone for the future generation of Pulsars. The currently selling NS200 remains true to its design DNA but features subtle yet important changes in its character. Currently, the bike is available in three different color schemes: Wild Red, Mirage White, and Graphite Black; however, Bajaj has now decided to add the new yellow color scheme to the NS200 range which will be soon available to the prospective buyers. 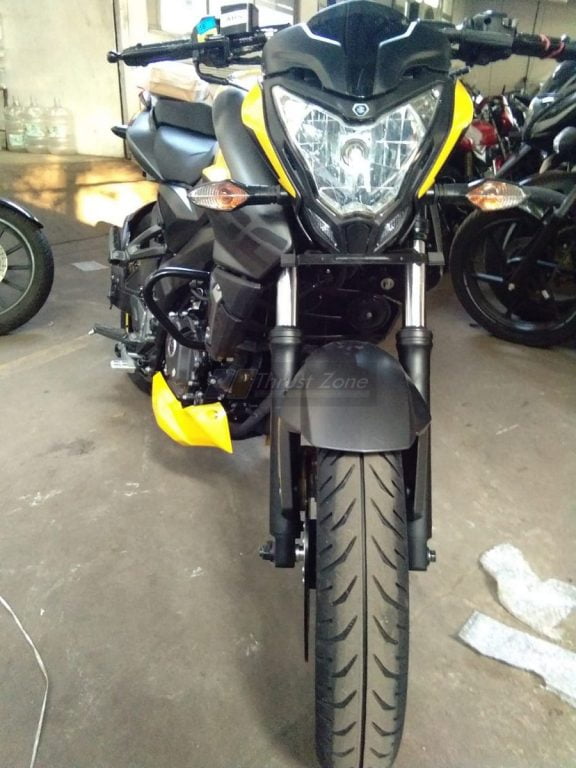 2019 Bajaj Pulsar NS200 Yellow Color engine is fed via carburetor and has been mated to 6-speed manual gearbox. The bike is built on a perimeter frame and features telescopic forks (hydraulic) at the front while at the back, gas charged rectangular swing-arm monoshock suspension has been used. The bike can be had with a single channel ABS system coupled with a 300mm front and 200mm rear disc brakes – which Bajaj claims provide best-in-class braking experience. True to its “Naked Sports” name, the NS200 is aggressive and can be safely considered as one of the most muscular offerings in the industry. 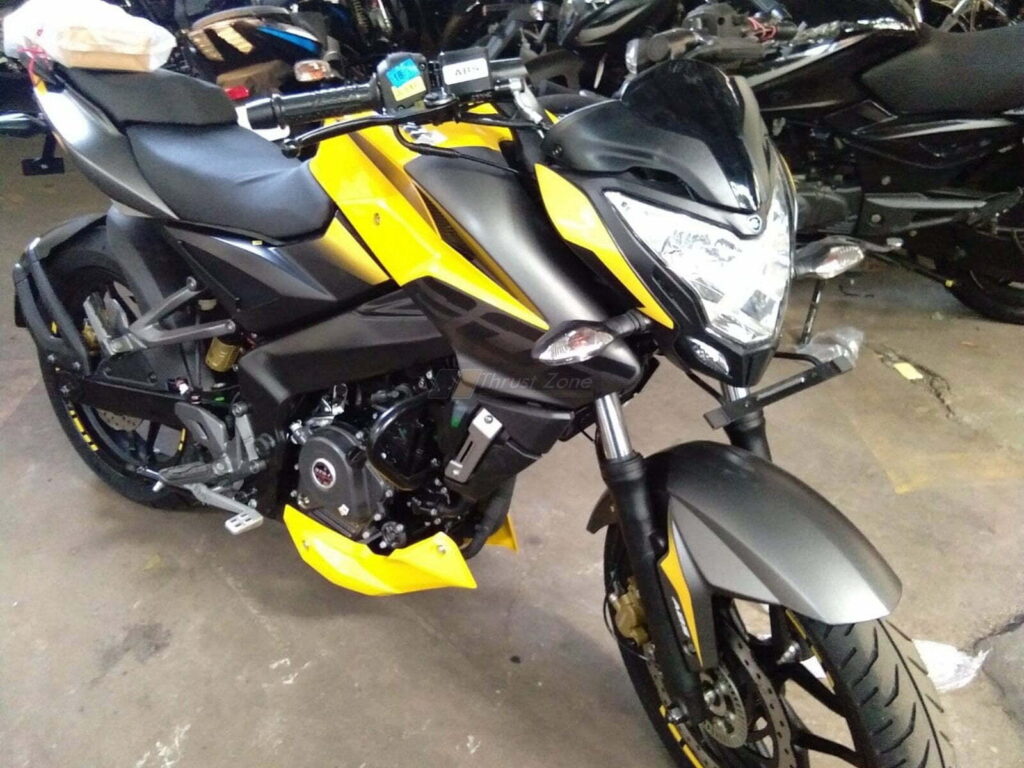 The Nitrox mono suspension used in NS200 is one of the most advanced suspension systems which strike a perfect balance between ride comfort and cornering stability. The handling prowess of the NS200 is further complemented by its high stiffness perimeter frame. NS200 retails in market in the range of Rs 1.00-1.12 lakh (ex-showroom Delhi) and compete against the likes of KTM 200 Duke, TVS Apache RTR 2004V, and Yamaha YZF R15V3 among others.