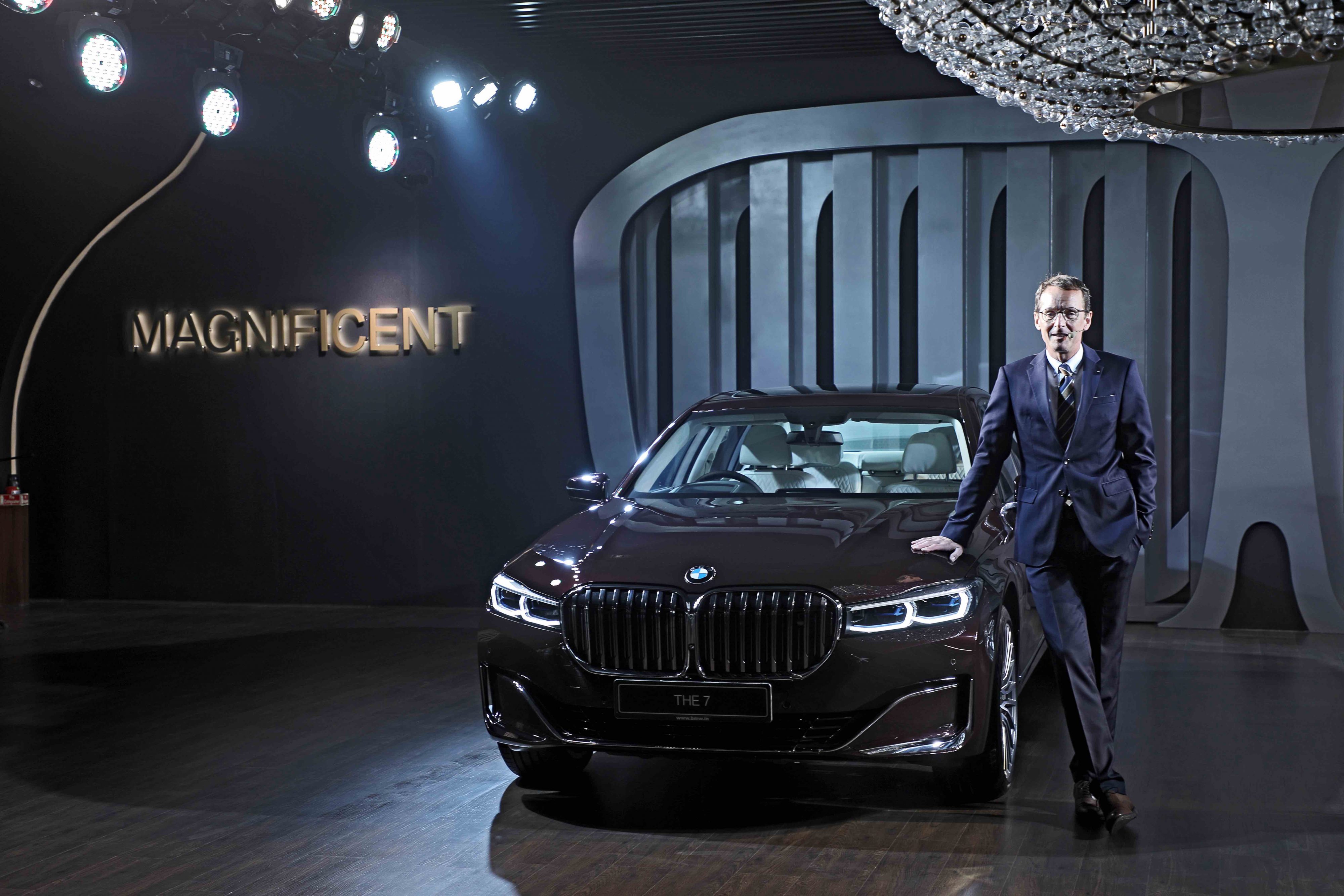 The new BMW 7 Series was launched in India today. The much-awaited flagship car of BMW was unveiled at an exclusive pavilion specially constructed for the launch in India. The new BMW 7 Series is locally produced at BMW Group Plant Chennai. It is available in diesel and petrol variants and can be ordered at BMW dealerships from today onwards.

For the first time in India, the new BMW 7 Series is also available in a plug-in-hybrid option – the BMW 745Le xDrive – combining benefits of an electric motor and a petrol engine into an extraordinary driving experience. The new BMW 7 Series is available in BMW 730Ld (diesel) and BMW 740Li (petrol) variants which are locally produced at BMW Group Plant Chennai. The BMW M760Li xDrive (petrol) and the BMW 745Le xDrive (plug-in-hybrid) are available as completely built-up units (CBU). They can be further personalized with optional equipment and bespoke customizations from BMW Individual. The ex-showroom prices are as follows –

Visually, the 7 makes a clear statement with an imposing presence, created by the distinctive front and rear design. The front is uniquely impressive thanks to the enlarged double kidney grille. The super-slender headlight design adds a new strand to the character of BMW’s luxury-class models. Adaptive LED headlights with BMW Laserlight technology enhance the commanding look. Due to reduction of lines, the body looks more powerful, refined and luscious without losing its sportiness. Elegance of the side view is emphasized by the coupé-like roof line and a chrome trim at the bottom. The rear is extremely wide and is dominated by powerful horizontal lines. A thin light strip positioned below the chrome band stretches across the entire width seamlessly connecting the tail lights. This gives the vehicle a highly distinctive and modern appearance. 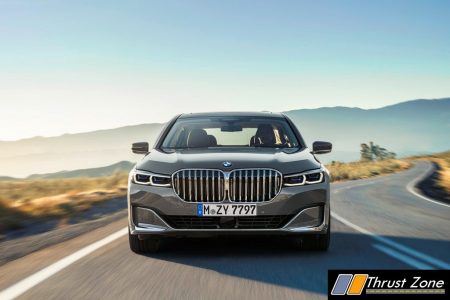 Rear-seat Entertainment Professional allows users to access the entertainment and navigation functions from the rear seats. It now comprises two 10.2 inch full-HD touch displays with a Blu-ray player. BMW Touch Command, the innovative system, offers a fully integrated control option for entertainment and comfort functions for the rear. The 7 inch tablet with touch function, which is integrated into the centre armrest and connected to the vehicle systems, can also be used outside the vehicle.

In the BMW 745Le xDrive plug-in hybrid variant, the electric drive is powered by a new lithium-ion battery with latest battery cell technology and increased capacity, producing 108 hp and a maximum torque of 265 Nm. The BMW TwinPower Turbo three-litre six-cylinder petrol engine produces an output of 286 hp and a maximum torque of 450 Nm at 1,380 – 5,000 rpm. The petrol engine combined with the electrical boost of the hybrid system guarantees typical BMW driving pleasure. Together, the two units deliver a total of 384 hp and maximum torque of 600 Nm, delivering excellent fuel-efficiency of up to 39.5 km / ltr.

The car accelerates from 0 – 100 km / hr in 5.3 seconds with a top speed of up to 250 km / hr. Running on battery power alone, the car achieves a top speed of 140 km / hr with an electric drive range of 53 kms. Using a standard charging cable, the car be charged overnight (8 – 12 hours) from any conventional 220 V mains socket. Using the BMW wallbox charger, it can be charged in 4 – 5 hours. Thanks to smart BMW plug-in-hybrid drivetrain, the battery is charged while on the move using energy generated from various components. 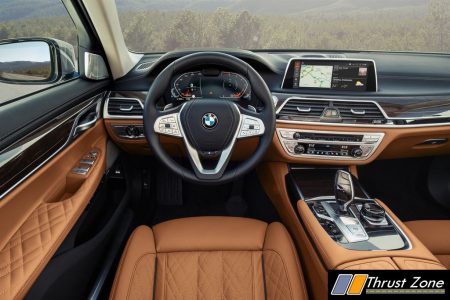 BMW xDrive, an intelligent all-wheel-drive system, monitors the driving situation constantly and is quick to respond. Dynamic Damper Control improves ride quality and suspension by stabilizing all irregularities of the surface. The Adaptive 2-Axle Air Suspension enables raising and lowering of vehicle at the touch of button and automatically adjusts the height of the car to suit any given driving situation. 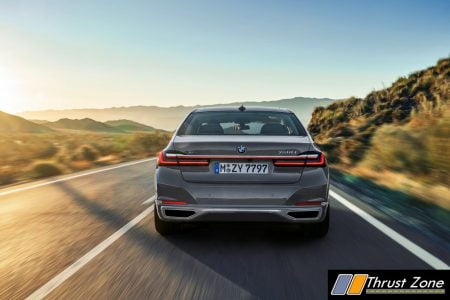 The spread of driver assistance systems is more extensive than ever. Parking Assistant Plus with Surround View Camera makes parking in tight spots easier by taking over acceleration, braking and steering. The new Reversing Assistant provides unmatched support in reversing out of parking or through narrow driveways. It keeps a record of the last 50 metres driven and assists by taking over the steering. With the BMW Remote Control Parking, a driver can park his car into a tight parking space without being inside the car.