The German luxury car manufacturer, BMW has recently launched the new gen X5 in the Indian market. Now this SUV is even larger as well as lighter than its predecessor as it is now based on BMW’s latest CLAR platform. In addition to this, BMW has also updated the interior, creature comfort features, upgraded the tech on this SUV. So let’s have a look at how the New BMW X5 competes with its rivals such as the Audi Q7, Volvo XC90, Mercedes-Benz GLE and the Land Rover Discovery on papers.

Dimensions:
If we compare the dimensions of the new X5 it doesnt offer much of a competition. But if we compare it to the previous model, the new gen model has an increased length of 36mm, it is now wide by 66mm, taller by 19mm and it also gets an extended wheelbase of 42mm. In terms of length and width both the Volvo XC90 and the Land Rover Discovery beat the X5, but this SUV is slightly taller than the Audi Q7. As we take all factors into notice, the Mercedes Benz GLE is the smallest of all. 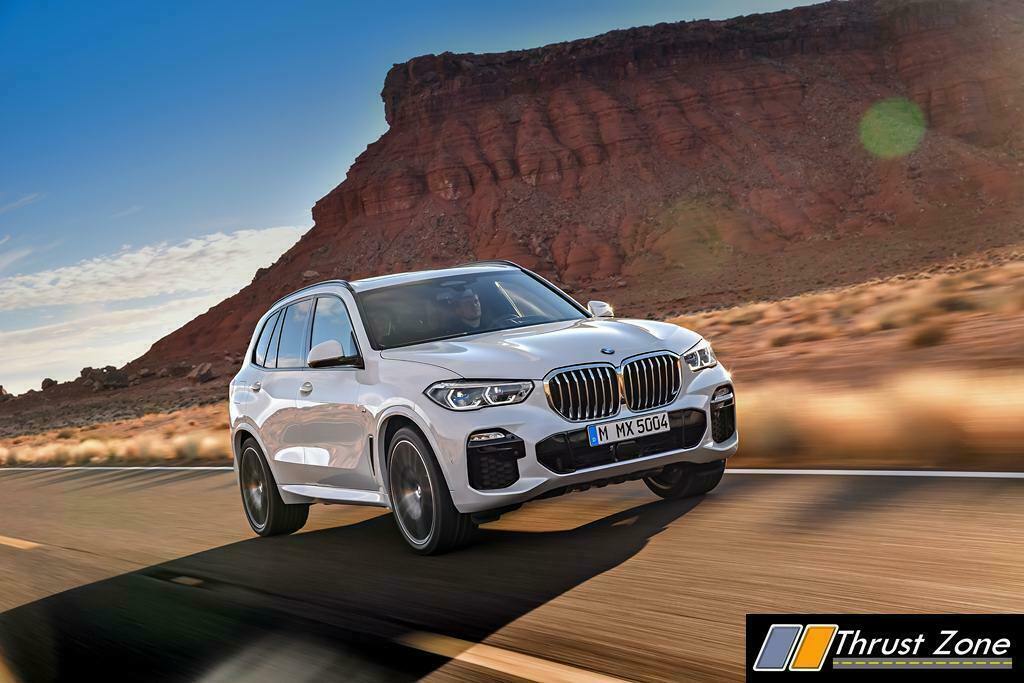 As of now, BMW has only offered the New X5 with a single diesel as option, they will be bringing a petrol engine in the coming months as well. The German car manufacturer has revealed the details about the petrol mill as well at the launch. With this we get to now that the 3.0 litre turbo petrol mill isnt the most powerful of them all, this crown has been stolen by the Volvo XC90 which is powered with a petrol electric (Hybrid) motor.

Just behind the XC90 is the New Gen X5 and the GLE by Mercedes Benz. The Discovery and the Audi Q7 have the least powerful petrol mill of the lot. Coming to the transmission, apart from the GLE all of the competitors get an eight speed automatic unit whereas the GLE is offered with a 9 speed automatic unit. Apart from this all of these luxury SUV’s get AWD as standard.

Both the Mercedes Benz GLE and the Land Rover Discovery come with two oil burner options to choose from (four cylinder pot and a six cylinder pot respectively). Whereas the Volvo XC90 is the competitor that gets only a four cylinder engine. If we compare the six cylinder engines, the New X5 steals the show for being the most powerful and torquiest powerhouse. Just behind it is the GLE and Discovery with similar power outputs but the torque figures produced in the GLE is similar to that of the X5. In terms of the six cylinder pot, the Audi Q7 produces the least amount of power.

The safety features on these luxury SUV’s are top notch keeping in mind the high price tag they come with. Some of the standard safety features that they come equipped are Eight airbags, ABS with EBD, Electronic Stability Control, Front and Rear parking sensors, rear parking camera, traction control and hill descent control. Land Rover features the Discovery only with electric parking brake, the other competitors get additional auto hold function as well. Apart from Audi all of the SUV’s get a 360 degree camera to help park with ease. But the show stealer here is the Volvo XC90, this SUV gets additional safety features such as radar based autonomous driving, blind spot information system, lane departure warning system, and adaptive cruise control.

As of now, the GLE is the most affordable SUV of the lot, but keeping in mind that it is the most oldest of them all with limited features. Mercedes has launched the new GLE in the international market and it will soon make its way to the Indian shore. On the other hand, the Volvo XC90 is the costliest of all the lot, although it gets a smaller diesel mill, with the advanced safety features and the class leading creature comfort features and technology the price is surely justified.

BMW has offered a decent package to the new gen X5 which includes new modern features and technology and a powerful diesel engine. If we compare the new model with its predecessor the former has evolved a lot. But of we compare it with arch rivals it could have done better.