2019 Ford Endeavour Facelift Could Get An All New Diesel Engine – 2.2/3.2 Could Be Discontinued 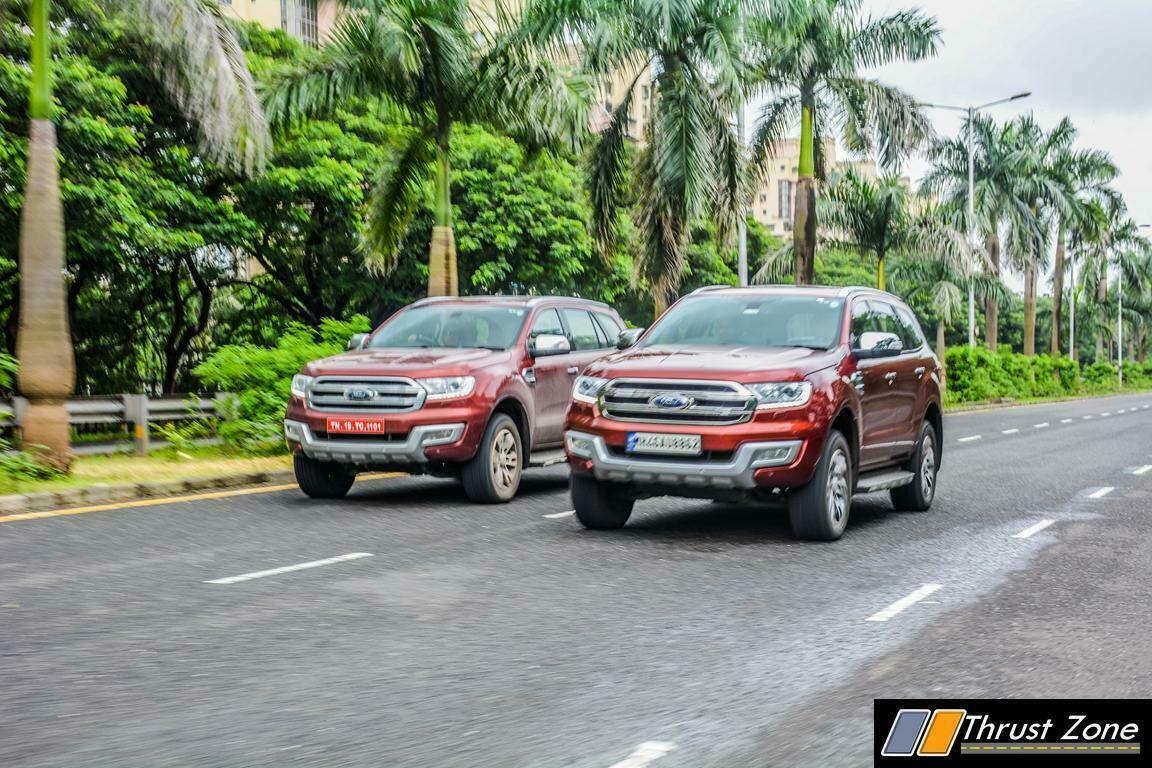 Ford has launched the new Endeavour in Thailand, which is also known as the Everest in other international markets. The new update for this SUV receives very nominal cosmetic updates on the exterior and the interior, but the off-roader now gets a new diesel motor.

This new motor is a 2.0 litre EcoBlue diesel motor which is coupled with a ten-speed automatic transmission, with this the 2.2 litre and 3.2 litre diesel motors have been discontinued In Thailand. This new diesel mill comes available in two states of tune, the entry level engine gets a turbocharger with an intercooler that churns out 180 PS of power and 420Nm of twist. On the other hand, the top of the range version comes equipped with a bi-turbo system that produces 215PS of power and 500Nm of torque.

The previous engines powering the Ford Endeavour was the 2.2 litre diesel motor which would generate 160 PS of power and 385 Nm of twist, while the 3.2-litre diesel mill would produce 200 PS of power and 470Nm of twist. Looking at the comparison between the new and old engines, the new engine boosts of high performance despite of its lower displacement. In addition to this, the new Endeavour comes equipped with an additional four gear ratios which offer better efficiency. 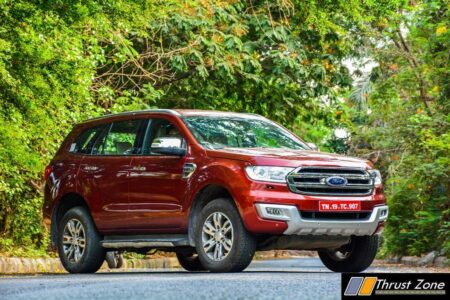 For the Indian Market, the Endeavour is imported as a CKD (Completely Knocked Down) unit and it is assembled locally. It is expected that this new 2.0 litre EcoBlue diesel mill will be introduced in India eventually. This will help Ford to avoid modifying the existing engines to meet the BS-VI emission norms.

Aesthetically, at the front, the new Ford Endeavour gets new three-slat chrome grille with honeycomb meshing, also the front bumper is designed. The Titanium + trim which is the top end model rides on new 20-inch alloy wheels. Ford has also updated its safety package with the introduction of the Thai Spec New Endeavour with Autonomous Emergency Braking (AEB).

With the launch of the 2019 Ford Endeavour Facelift it will help the American car manufacturer to strengthen its roots. Ford will most likely launch the new Endeavour later this year, once launched it will compete head on with the Skoda Kodiaq, Isuzu MU-X and Toyota Fortuner.