The premium compact SUV segment in India will soon get a new contender in the form of MG Hector. The latest spy shots of the Hector testing on the Indian roads have revealed SUV’s one key feature – panoramic sunroof (dual-pane). Some other reports also claim that the Hector will come equipped with the segment-largest touch screen infotainment system. 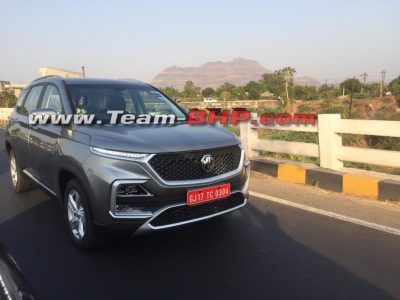 The Hector SUV will come equipped with LED projector headlamps, dynamic LED turn indicators, and large 17-inch alloy wheels. The top trim of Hector will feature the largest panoramic sunroof while the lower variants will get a single sunroof. If that’s not enough, MG Hector will feature the largest 10.4-inch touch screen infotainment system which will also house the controls for HVAC.

Among the other significant features, MG Hector will boast a 360-degree camera system, powered driver seat, cruise control, push-button start-stop, keyless entry, and tire pressure monitoring system. The music system on the SUV will be having four speakers, a subwoofer, and four tweeters and the feature of steering mounted audio and telephone controls will be standard across the range. The quality of the interiors is expected to be premium and we expect the Hector to receive leather upholstery as a part of the equipment. 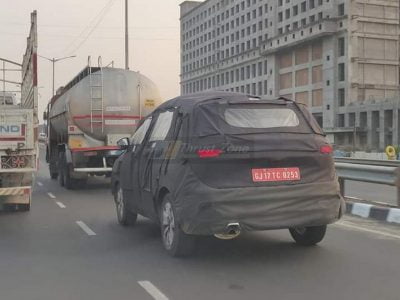 Under the hood, Hector will use a 1.5-liter turbocharged petrol engine and a 2.0-liter turbocharged diesel engine to make the motive force. Both of these power plants have been sourced from the Fiat and expected to make 170 bhp in petrol as well as in diesel variant. The engines will come mated to a 6-speed manual transmission. Besides manual, MG Hector will also be available with automatic transmission. The launch of MG Hector is expected sometime in the H2 2019 and it will take on the likes of Tata harrier and Jeep Compass among others.