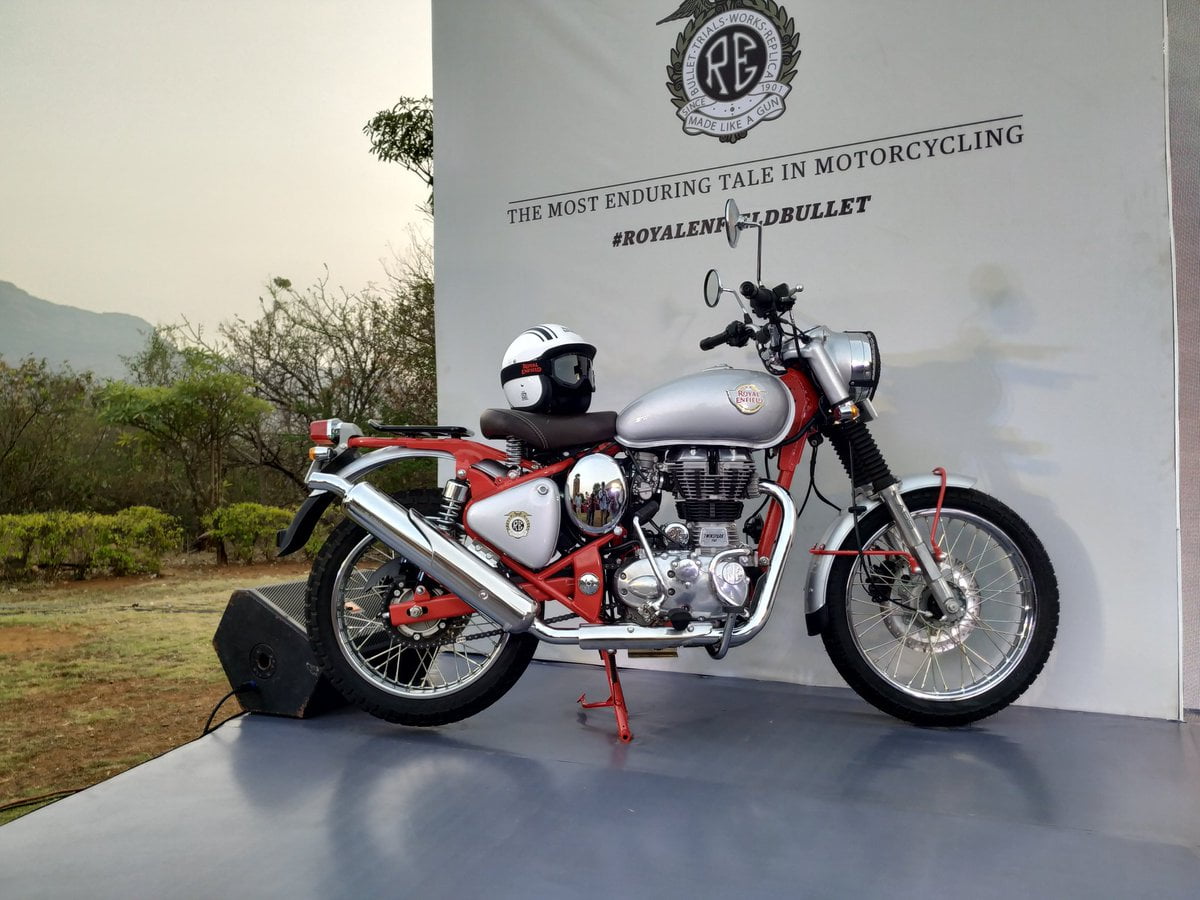 Apart from mechanical hardware, Bullet Trials variants also share many body components with other models in the company’s lineup. Side panels, tank, fenders, etc, look similar and one needs close scrutiny to find out narrower and shorter fenders in Trials variants. And yes, the reference to Interceptor 650 in the form of a taller handlebar is also present on Trails. The colorful chassis are on offer with both bikes and will be the highlight of the day. 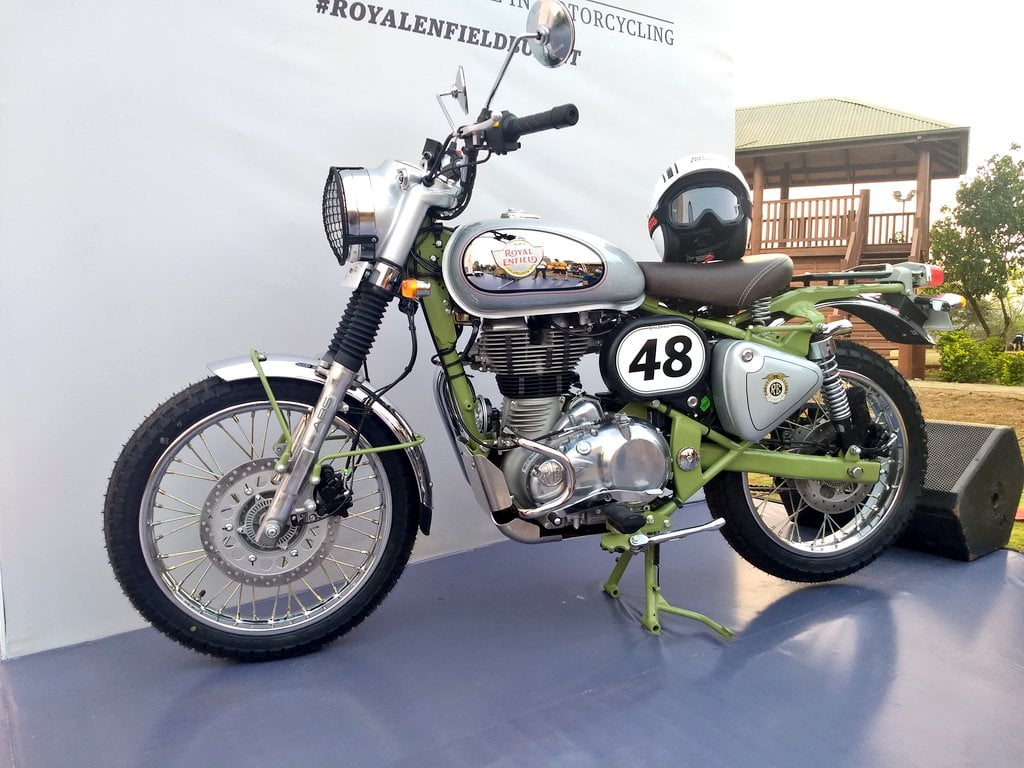 The bike shown in the teaser video of Trails had got its major parts draped in flashy red color while leaked images of the bike revealed another olive green paint job. Some speculate this difference in color could be a possible way that RE has decided to use to differentiate between 350 and 500 models. A bashplate, new fenders, suspension covers, redesigned indicators, headlamp protector, upswept exhaust, and a minimal engine protector guard

Considering the off-road nature of the bikes, there are off-road tyres on offer. Rear seat will be replaced by the luggage rack; however, rear mountable pillion seat could be on offer as an accessory. Chassis wise you get telescopic forks, conventional twin shocks and disc brakes at both end along with dual channel ABS. 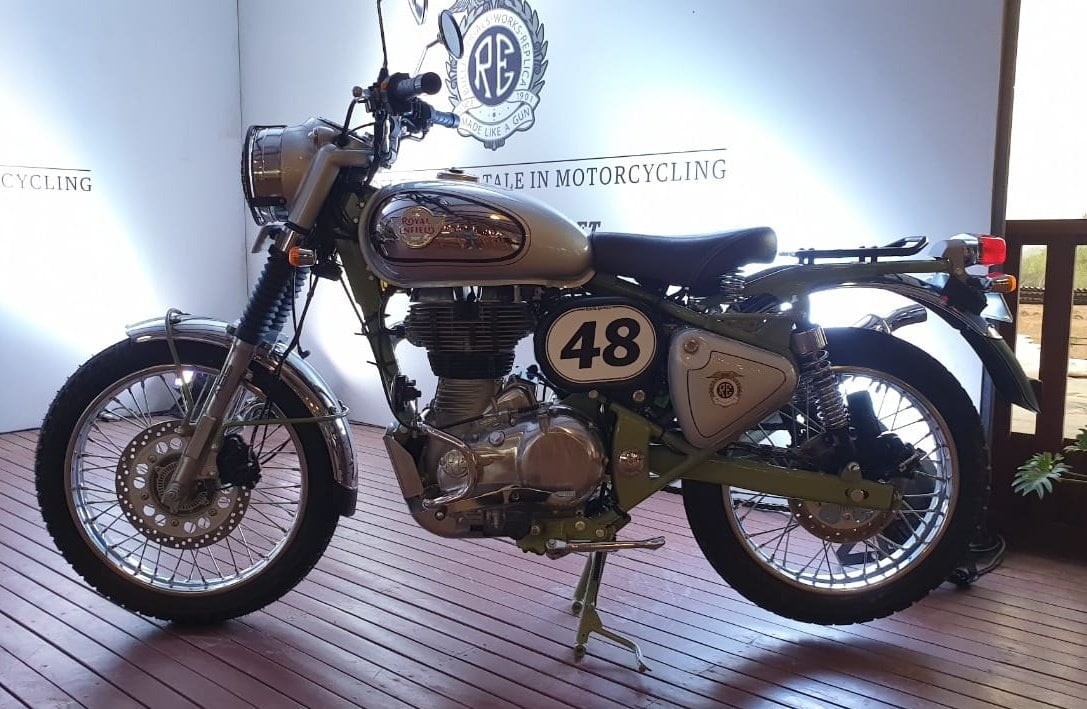 The upswept exhaust is also well aligned with the theme of the bikes. These new bikes are expected to keep up the ongoing momentum that company has achieved despite facing competition from Jawa motorcycles.