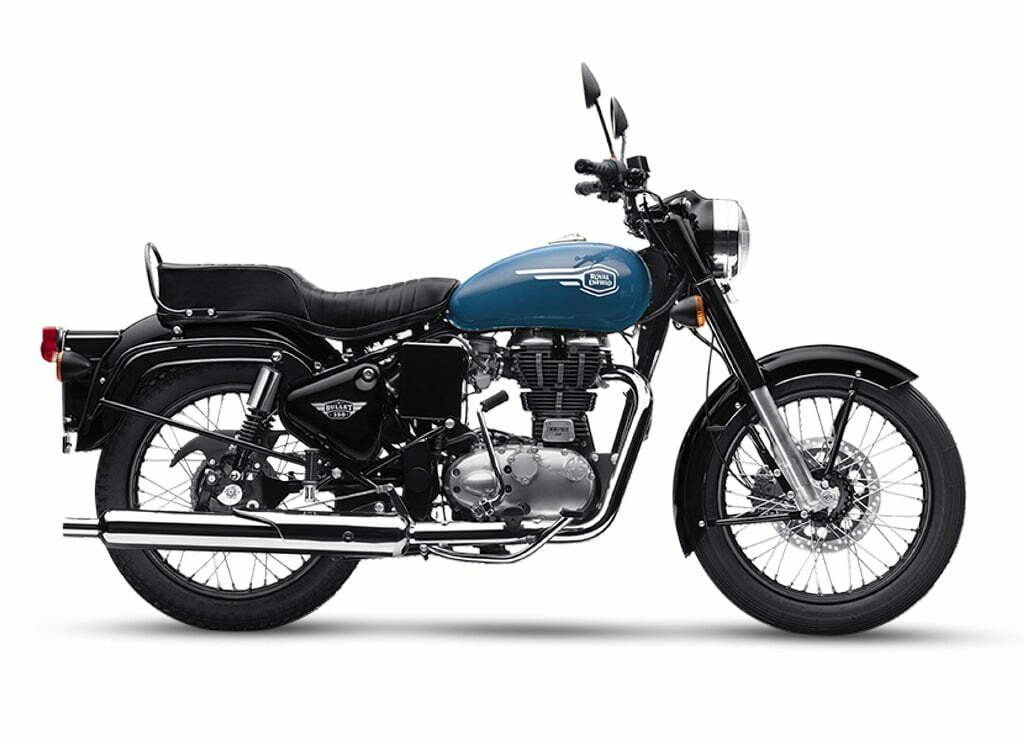 Royal Enfield has consistently worked towards building increased accessibility for consumers, into the motorcycling way of life. With close to 930 existing dealer touchpoints in India alone, more than 8800 service bays, and more than 900 authorised service workshops, Royal Enfield has the most widespread sales and service network among premium brands in the country. Adding to this extensive network, Royal Enfield announced the launch of 250 new dealer touch-points across tier II and III cities and towns. 2019 Royal Enfield ES also takes place today along with more news.

To be operational from today, the new Royal Enfield Studio Stores will have the same retail identity as existing dealerships across cities, and will have the entire portfolio of motorcycles, in addition to service and spares. The Company takes pride in its long association with the armed forces and is proud to have all the new stores inaugurated simultaneously by retired army personnel. The company also announced the launch of six new colours of the iconic Royal Enfield Bullet. The Bullet will now be available starting at Rs. 1,12,000/- (ex-showroom)

To be located primarily in smaller towns and cities across India, the Royal Enfield Studio Stores is a unique, compact format that will house the entire range of Royal Enfield motorcycles, alongside service and spares and the entire suite of Royal Enfield motorcycle accessories and apparel. The format of the stores will be spread across 500-600 sq.ft. area and will be identical visually and operationally to existing Royal Enfield dealership. These compact stores are intended to provide significantly greater accessibility of sales and service to existing customers and to cater to increasing demand from potential customers in up-country markets.

The Royal Enfield Bullet is an iconic motorcycle that’s had an enduring journey over the last 87 years – since 1932. This has given Royal Enfield the privilege of being the world’s oldest motorcycle brand in continuous production, with the Bullet being the longest running motorcycle model in the world. The launch of the new Bullet motorcycles, adds another chapter to this resilient journey.

The new Bullet, in striking new livery, bold new colours and contemporary design themes provide varied options to prospective buyers. The Bullet 350, in addition to its existing black colour, will now be available in three new colours with the new 2019 Royal Enfield ES. The Bullet Silver, Sapphire Blue and the Onyx Black. Bullet 350 ES will be launched in Jet Black, Regal Red, Royal Blue colour options in addition to the current Maroon and Silver variants. These new motorcycles will come an aesthetic blacked out theme. The new Bullet motorcycles will be open for bookings at Royal Enfield stores across India at an ex-showroom price of Rs 1,12,000 (ex-showroom)

Launching along with the new Bullet range of motorcycles, is another significant step towards customer satisfaction. Royal Enfield announced the launch of a new initiative on improving Cost of Ownership. Across all its authorised service centers, the company will commence the use of a new set of processes and technology, coupled with a new mix of semi-synthetic oil, for servicing.

These initiatives will now increase the service interval from being 3 months / 3000 kms to 6 months / 5000 kms. The oil change interval also increases to 12 months or 10,000 kms, as opposed to the earlier 6 months or 5000 kms. This will therefore, bring down the overall service interventions required in a year and will bring down the cost of service by an average of 40% over a period of 3 years, thereby significantly improving cost of ownership for the customer. This new service improvement initiative will be applicable to all current Unit Construction Engine engine motorcycles models under the unit construction engine platform – the Bullet, Classic and the Thunderbird.