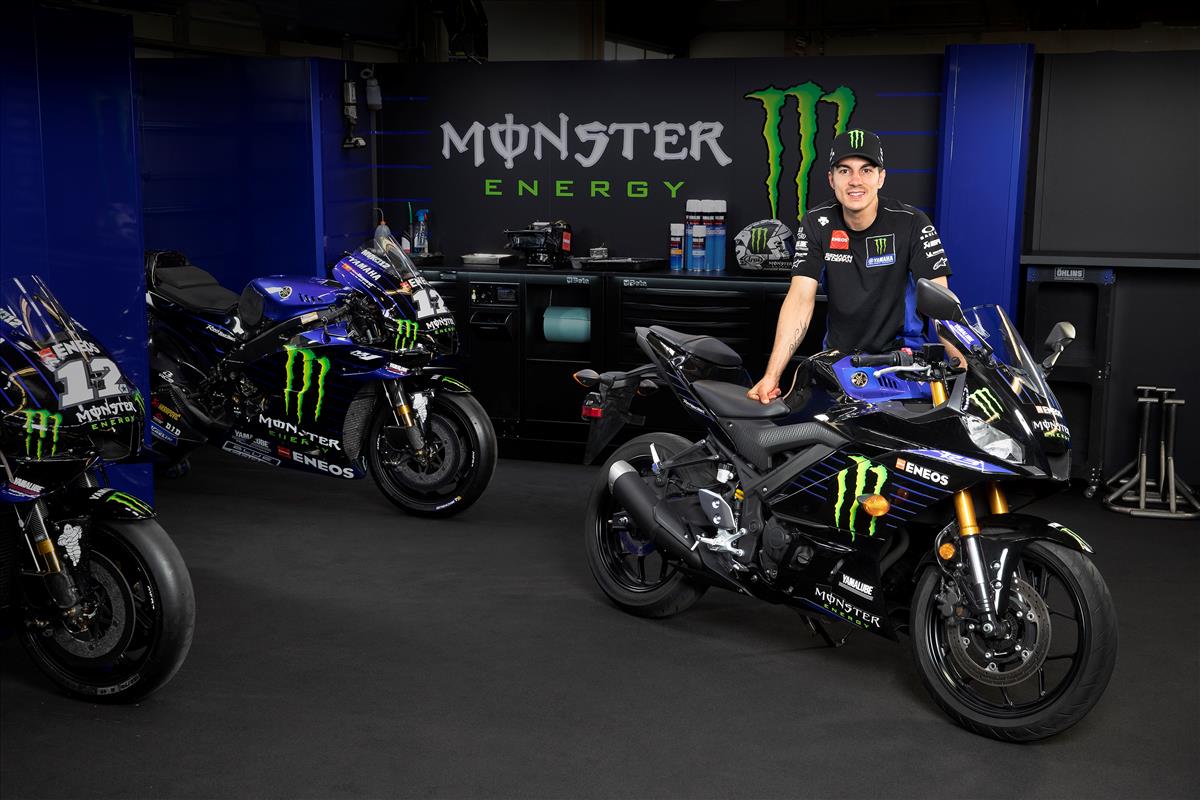 Well, there’s something more interesting on the charts from Yamaha. The 2020 Yamaha R3 gets some cosmetic upgrades and will be launched with Monster Energy Yamaha MotoGp livery. The R3 has been single handedly competing out there in the 300cc-400cc market from Yamaha. The competition has the likes of the KTM RC390, Kawasaki Ninja 300 and now the TVS RR310.

Yamaha has had an upper hand in terms of engine refinement and product reliability, after sales and other factors. The Yamaha R3 packs in a 321cc inline twin cylinder motor churning out good 42bhp at 10,750rpm and 29.6nm at 9,000 rpm. With the performance part on auto pilot, Yamaha has now looked after making some visual changes to the R3, with it’s lightweight supersport performance now we will soon witness the YZF-R3 with a brand spanking new livery. The 2020 Yamaha R3 livery is derived straight from the MotoGp team and will flaunt itself asthe Monster Energy Yamaha MotoGp edition.

Yamaha has a rich heritage of building all it’s track oriented motorcycles like a tank and have the ability to squeeze out every ounce of the engine capacity. From the younger sibling in the line-up, the YZF-R15 to the top most predator YZF-R1, Yamaha has left it’s statement in the all the segments, from the 300cc to the 600cc, the litre class and even in MotoGp. Apart from the livery, everything else remains identical, the bike would boast same power figures, same tyres from Metzeler, dual channel ABS and every line and edge in same dimensions.