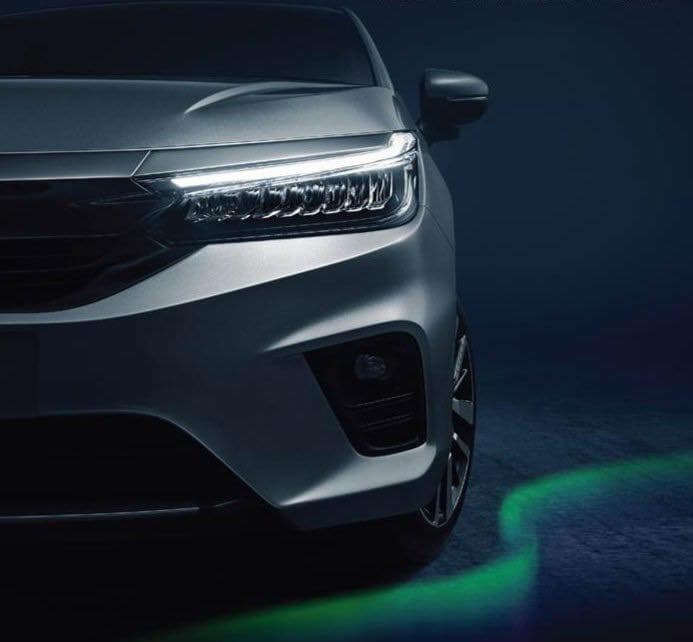 All New 2020 Honda City has been spotted testing in Delhi-NCR region of India earlier, today it has been teased officially by the company. Snapped in Ghaziabad, the 5th generation of this flagship Honda sedan will continue to take on the likes of Maruti-Suzuki Ciaz and Hyundai Verna upon its arrival. 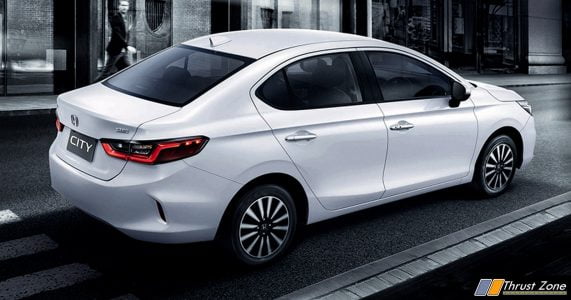 All New 2020 Honda City has great new tail lamps and Honda has decided to carry over the shark-fin antenna to upcoming generation as well. Apart from these changes, blacked-out B-pillars and multi-spoke alloys were also part of the test mule. Interiors were well concealed behind the camouflage; however, it is expected that new generation City will feature a completely revamped cabin boasting newly designed dashboard, updated touch screen infotainment system, soft-touch material, and possibly new instrument cluster. Just like the current selling model, the upcoming model will also score high on space and practicality aspect. 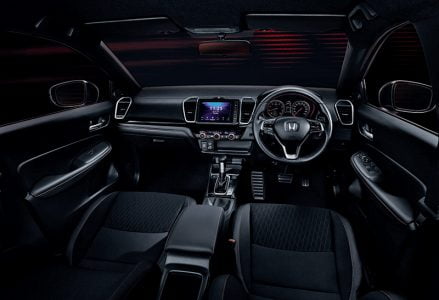 The biggest change, however, will be in the form new BS-6 set of engines that will power the new Honda City. The currently used 1.5-liter petrol and diesel motors will be carried forward albeit in a different state of tune to meet stringent emission norms. The output is expected to be same as before – 118PS/145Nm in petrol version and 99PS/200Nm in diesel avatar.

In term of Transmission options, Honda will continue to provide a 6-speed manual and CVT options to prospective buyers. The Japanese carmaker is also expected to hike the prices of the new City and it will be interesting to witness how much change the prices will undergo compared to what its current generation costs. Just so you know the currently selling Honda City in Indian market ranges between Rs 9.81-14.16 lakh (ex-showroom, Delhi).

Read this too: Next Generation Brio Showcased

Read this too: 2018 Honda Amaze Launched

Read this too: next generation City Diesel Automatic coming!

Read this too: Honda Jet Launched

Read this too: Honda City Celebrates 20 Years in India

Read this too: Honda City Celebrates 20 Years in India

Read this too: Honda Car Will use two wheeler dealership to grow sales

Read this too: Honda Accord Hybrid Launched in India