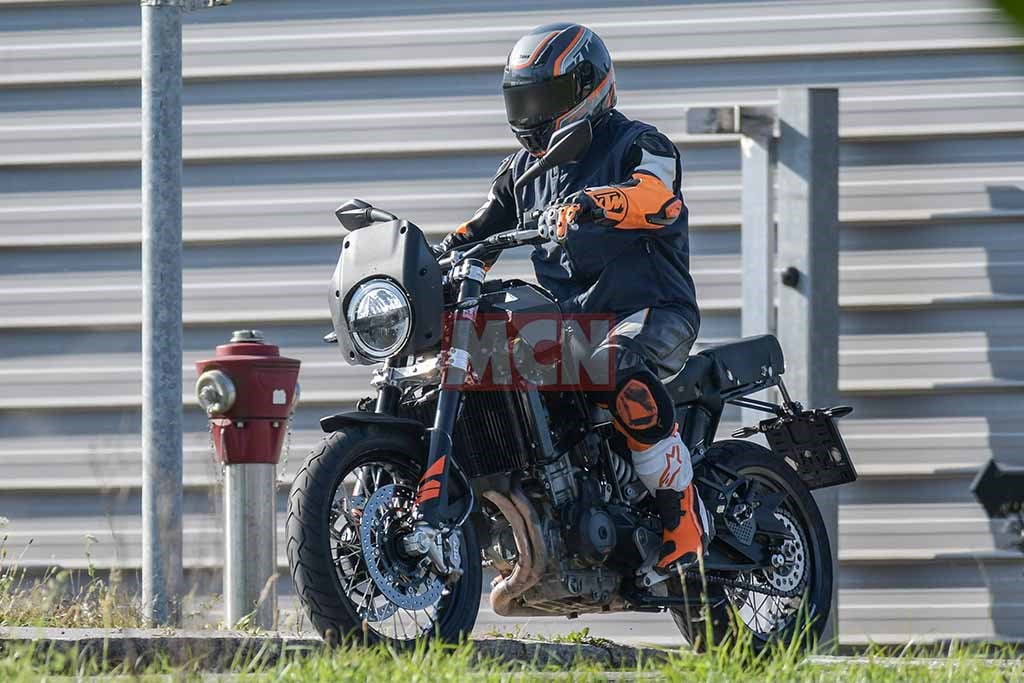 Retro-Modern 2020 Husqvarna 801 looks fantastic as a camouflaged motorcycle, wonder how will it be in production form!

The Husky family will soon welcome a new addition to its model family – the 2020 Husqvarna 801. Thanks to the models like Svartpilen, 401- and 701- Vitpilen, the Husqvarna brand is getting back into the grove again and with this new 801 launch, it is going to further expand its influence among bike enthusiasts. Husqvarna is likely to retain prefix 801 for new model and will feature 790cc, parallel-twin engine currently doing the duty in Duke and 2019 adventure R.

The test mule spotted is clearly built on the idea of adventure model; however, it is characteristically Husky owing to its quirky design elements, which is not a bad thing. In fact, this has boded very well for the two brands as despite sharing the core components, their market offerings are distinctly different. As a result, there is no cannibalization or confusion in the minds of prospective buyers and as a result, both brands are chugging along happily. 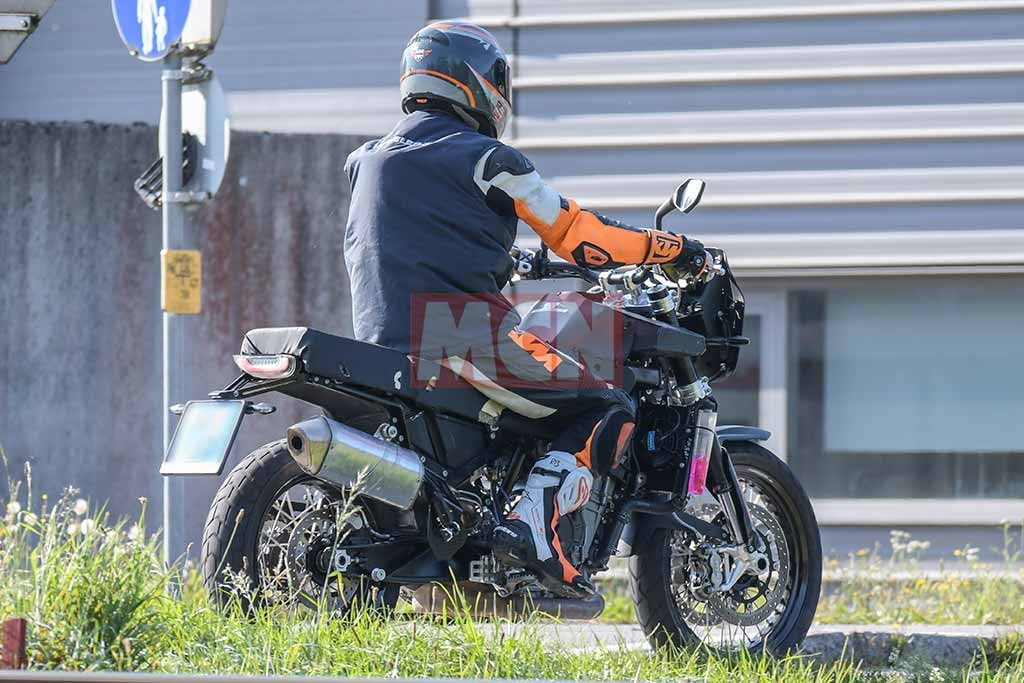 Husqvarna 801 features frame of KTM 790 adventure besides sharing its 799cc, parallel twin engine producing 94 bhp of peak power. The suspension hardware and braking components are also shared with KTM and so are the wheels, tires and swing arm. That said, the testing bike had flatter, squarer seat, translating into more traditional sitting position for rider and pillion. 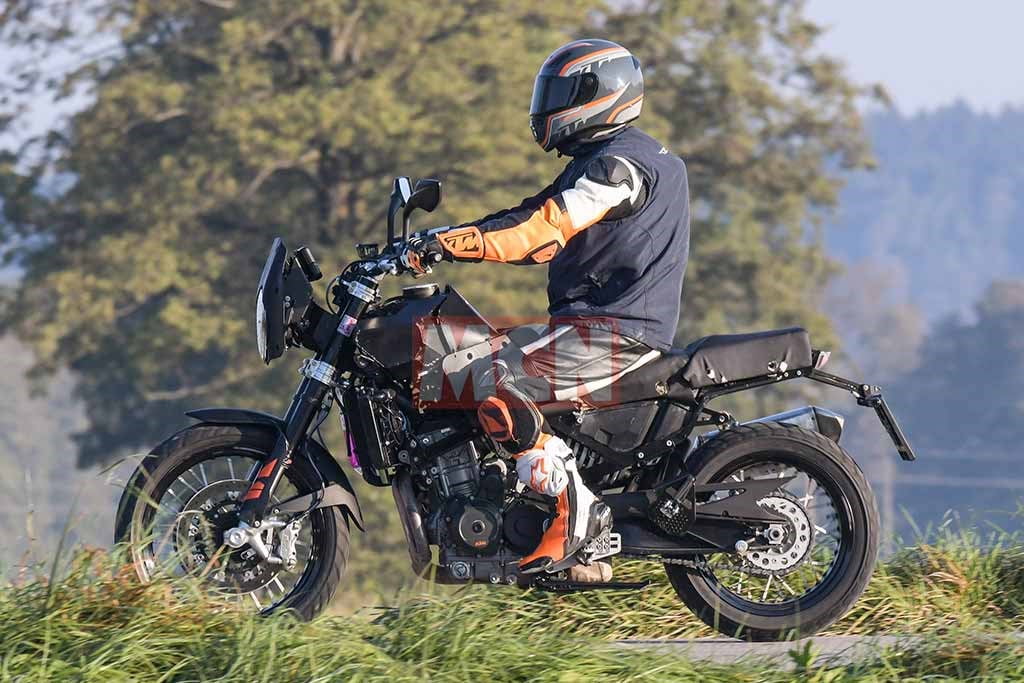 The face and tail lamp of 801 is reminiscent of 701 family and the headlamp cowl which is mounted in a very 70s-like fashion looks fantabulous. The mainframe used on the bike is similar to that of 790 Adventure though the sub-frame helps the silhouette to carve its own identity. Other bits like colored TFT unit and Switchgear are also directly lifted from 790 but will eventually change in production model. Expect the reveal in end of 2019 or early 2020.