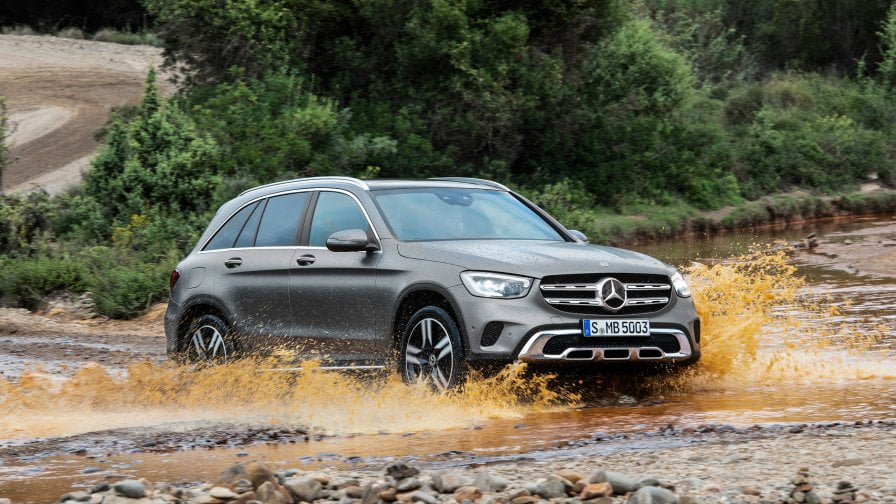 The design has seen some changes. The new chrome elements now run from the front to the rear end as standard. The AMG Line impressively emphasises the dynamic appearance of the GLC – with the chromed diamond grille and the front apron with AMG-specific design as well as with angular exhaust tips integrated into the bumper. The standard-fit LED High-Performance headlamps are smaller and more raked, and have significantly modified contours. The design continues in the rear view with the completely revised bumper and exhaust tips. The redesigned full LED tail lamps also ensure an unmistakable light signature.

The centre console features an elegant trim component, which is available in piano lacquer finish or the two new wood surface finishes – open-pore ash wood and walnut. The lines of the noble-wood veneers in the centre console exemplify supreme craftsmanship. The multifunction steering wheel is available in two versions and has been completely revised. Its distinctive spoke design conveys an even more sporty character. 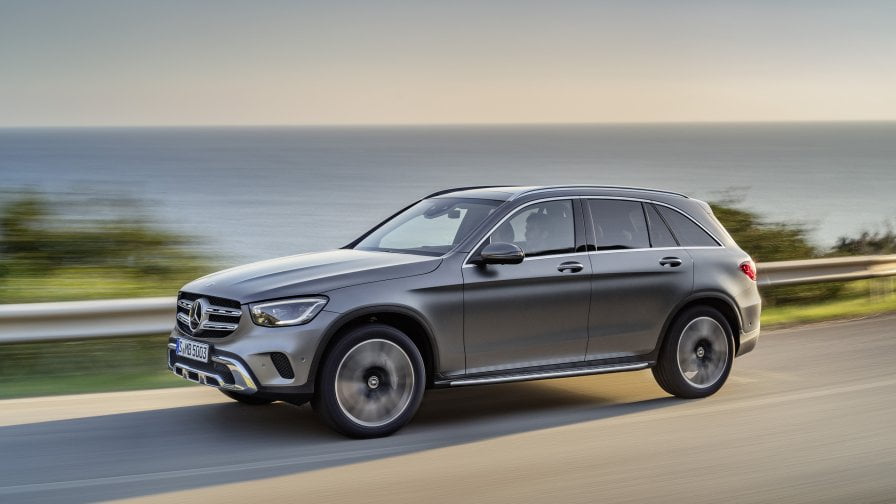 The user operates the telematics functions using single-finger and multi-finger gestures, so-called multi-touch control, on the multifunction touchpad on the centre console. It serves as an alternative to voice control and, in addition, offers the possibility to enter letters, numbers or special characters manually. The touchpad surface not only provides a clear haptic, but also an acoustic feedback. 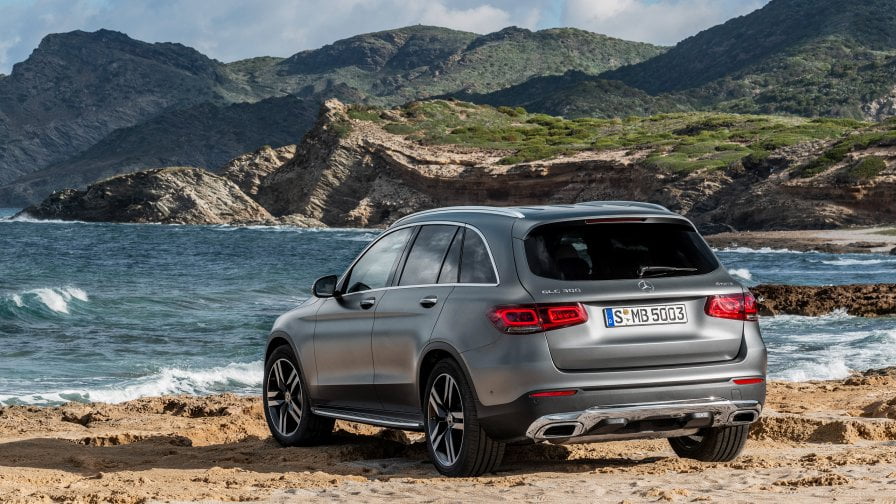 The focus is on the interaction with the vehicle and its functions through gestures, touch or the voice control system. This is made possible by the latest telematics generation of the Mercedes-Benz User Experience, which is characterised by intuitive logic and a wide range of operating options. Overall, the interplay of the touchscreen displays, the navigation with augmented reality, the intelligent voice control and the user interface set real standards.

The crucial feature of the M 264 two-litre four-cylinder engine from Mercedes-Benz is the increased output at significantly lower fuel consumption. The M 264 replaces the M 274 predecessor engine, the OM 654 four-cylinder diesel engine replaces the OM 651 predecessor engine. The main technology components are CAMTRONIC variable valve control, which heats up the exhaust system without driving up consumption, the twin scroll turbocharger and the additional 48-volt system with belt-driven starter-generator. The most important components of the exhaust gas after treatment system are directly mounted on the engine for efficiently reducing emissions.

With the model update, the GLC is for the first time equipped with the DYNAMIC BODY CONTROL suspension with infinitely adjustable dampers. Depending on the driving situation, speed and condition of the road, the damping is controlled individually for each wheel in interaction with the engine, transmission and steering characteristics. As usual, the GLC is convincing on almost any type of ground and in the most adverse weather conditions. The new controls of the Off-Road Engineering Package and the DYNAMIC SELECT system with expanded functions according to the specification respond to the individual requests of the driver.

The driver selects between the two off-road drive modes with the DYNAMIC SELECT switch on the centre console: The “Off-Road” mode is particularly suited for dirt roads, gravel, sand and snow, while the “Off-Road +” mode is perfect for difficult terrain with rocky or steep slopes. The 4MATIC all-wheel drive was newly developed from the ground up. The three-stage design of ESP® with a wider spread now offers even more dynamics in the “Sport” and “Sport +” drive modes. The GLC thus once again proves its versatility – off-road as well.

When Active Distance Assist DISTRONIC with route-based speed adaptation is activated, the new GLC is able to recognize and respond to traffic jams or slow-moving traffic with the help of information from Live Traffic before the driver becomes aware of this traffic obstruction. Car-to-X-Communication supports the driver by providing the driver with up-to-date information and warnings of hazardous situations on the road.

Active Braking Assist with tail end of traffic jam emergency braking function, turn-off and cross-traffic function reduces the risk of a potential accident when making a turn, for example, if the driver fails to see oncoming vehicles. Active Steer Assist even helps the driver with forming an emergency corridor on multi-lane roads.

2019 Bike Insurance Policies – What Should You Look Forward Too