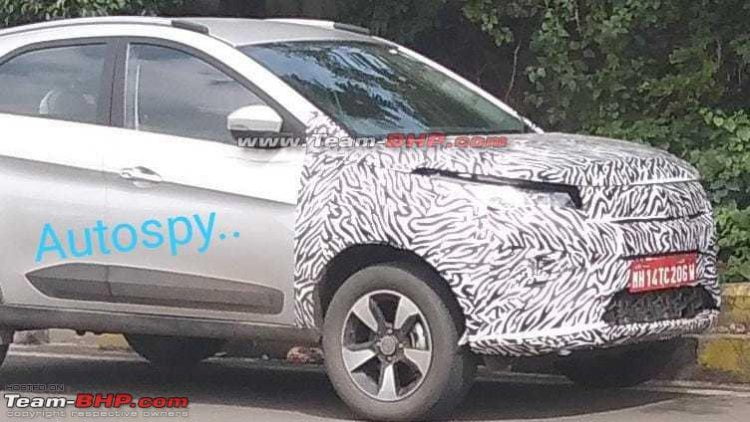 Tata Motors is working on the facelift version of its popular compact SUV, the Nexon for quite some time now. The testing model of new Nexon has been snapped recently, revealing crucial information about changes the 2020 version of Nexon will come equipped with.

The front end of Nexon has been completely redesigned to give it a more imposing and muscular look. Headlamp assembly now houses projector lens and has been given a more angular look than before. Other design elements such as grill, bumper, and fog lamps have also got edgier design. In the profile, 16” alloy wheels have been carried over; however, the facelift version will get a new design language for alloys.

At the back, most of the design elements remain unchanged and feel similar to the outgoing model. Among the most prominent changes inside the cabin, one gets a bigger touch screen infotainment system and a new steering wheel with added cruise control buttons. 2020 Tata Nexon also receives rain-sensing wipers for added convenience. 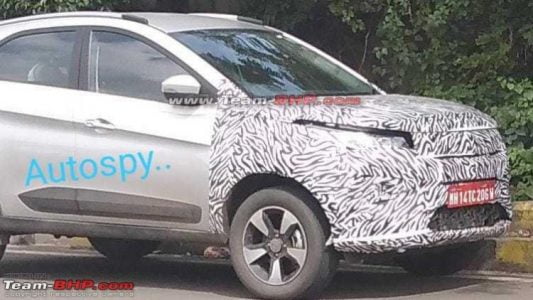 The most important change, however, will be carried out under the hood where both 1.2-liter petrol engine and 1.5-liter diesel motor will be updated in order to meet upcoming BS-VI emission norms. Performance figures are likely to remain the same though we might witness some changes in the fuel efficiency numbers. Tata Motors is also planning to launch a pure electric version of Nexon which should arrive in the market in H2 2020.

The company is expected to showcase electric Nexon in its concept form at 2020 Auto Expo. As far as the facelift version of standard Nexon is concerned, it will make its market entry in early 2020. On its arrival, Tata Nexon will continue to take on the likes of Maruti Vitara Brezza, Hyundai venue, and Ford EcoSport among others.