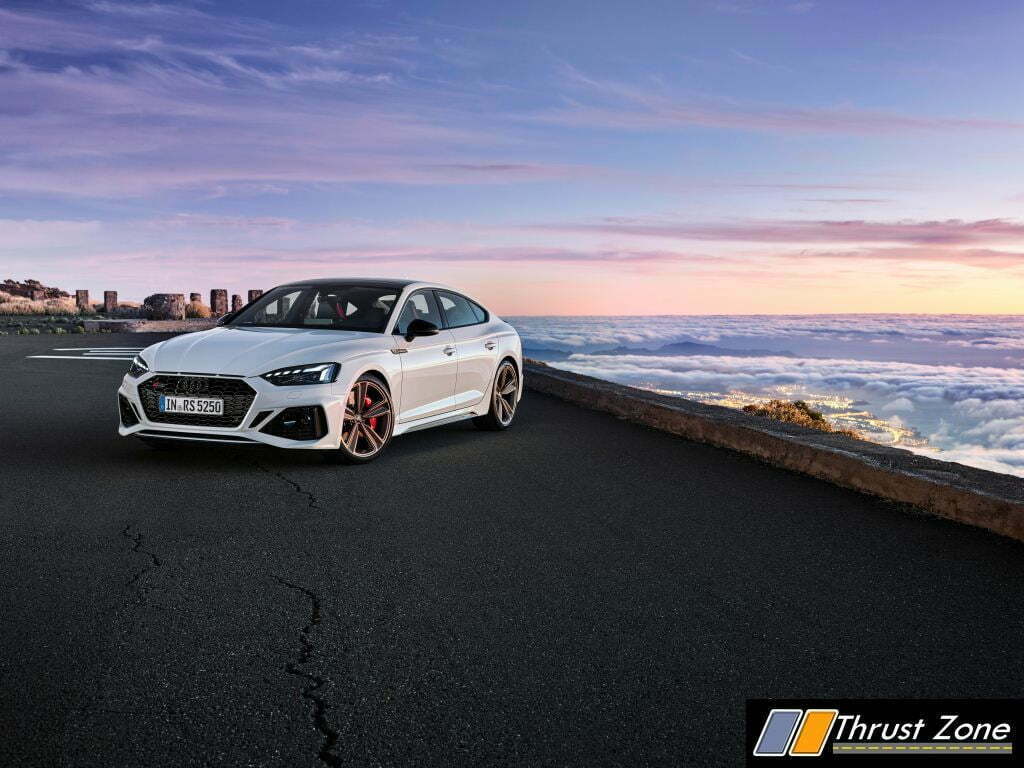 With the 2.9L V6 TFSI engine propelling the Audi RS 5 Sportback churning out 450 hp with 600 Nm of torque, the engine catapults the car from 0-100 km/h in a miniscule 3.9 seconds to a top speed of 250 km/h
The driver can choose between 2 RS modes through the Multifunction Steering Wheel, which calibrates the power curve of the engine, shifting of the transmission and steering sensitivity.
Perfectly tuned to compliment the performance of the engine, the RS sports suspension has been honed to offer superlative dynamic handling on the road.
The quattro permanent all-wheel drive, with self-locking center differential, optimises power delivery between the front and rear axles according to the driving conditions, thus providing ideal traction in virtually all scenarios
The acceleration of the engine is perfectly matched by the stopping power of the RS steel brakes with RS Black Brake Callipers, endowing the driver with utmost confidence to explore the vast performance of the Audi RS 5 Sportback

The front of the Audi RS 5 Sportback is dominated by the new single-frame which encases the glossy black RS honeycomb grille which is specific for the RS models
The Matrix LED headlamps with dynamic turn indicators pierce through the darkest of nights and the headlight washer system keeps them clean no matter what the road throws at them
All thanks to the Panoramic Glass Sunroof, the blue sky becomes an extension of the car itself The profile view of the Audi RS 5 Sportback is stunning, with the styling lending the car a flatter and deeper stance. The flared wheel arches that encase the meaty 48.26 cms (19”) 10 spoke alloy wheels are a not so subtle hint at the sporty performance that this car is capable of.

The RS bumpers, coupled with the body coloured exterior mirror housings and the frameless doors, add copious amounts of sporty fair to the aesthetics of the Audi RS 5 Sportback.
Out on the road, the rear LED combination lamps with dynamic turn signals and the surface mounted spoiler perched above are all that drivers of lesser cars will catch a glimpse of as the Audi RS 5 Sportback blows past them as if they were standing still
The Audi RS 5 Sportback is available in the following colours: Nardo Gray, Turbo Blue, Tango Red, Mythos Black, Glacier White, Navarra Blue, Sonoma Green, Daytona Grey
Audi Sport LED Door Projection adds sportiness even with the doors open.

Black and rock gray take centre stage in the Alcantara/leather interiors of the Audi RS 5 Sportback, which are further enhanced with decorative aluminium inlays
The driver has the sole privilege of having access to the 3-spoke multifunction plus leather steering wheel with shift paddles. The pedals and footrest are embellished with stainless steel and RS scuff plates adorn the running boards.
The front Sports seats and, with a Comfort centre armrest between them, have pneumatically adjustable lumbar support with massage function and the driver’s seat has a memory for the adjustment settings.
3-zone air-conditioning keeps the heat at bay while the ambient lighting soothes the senses. 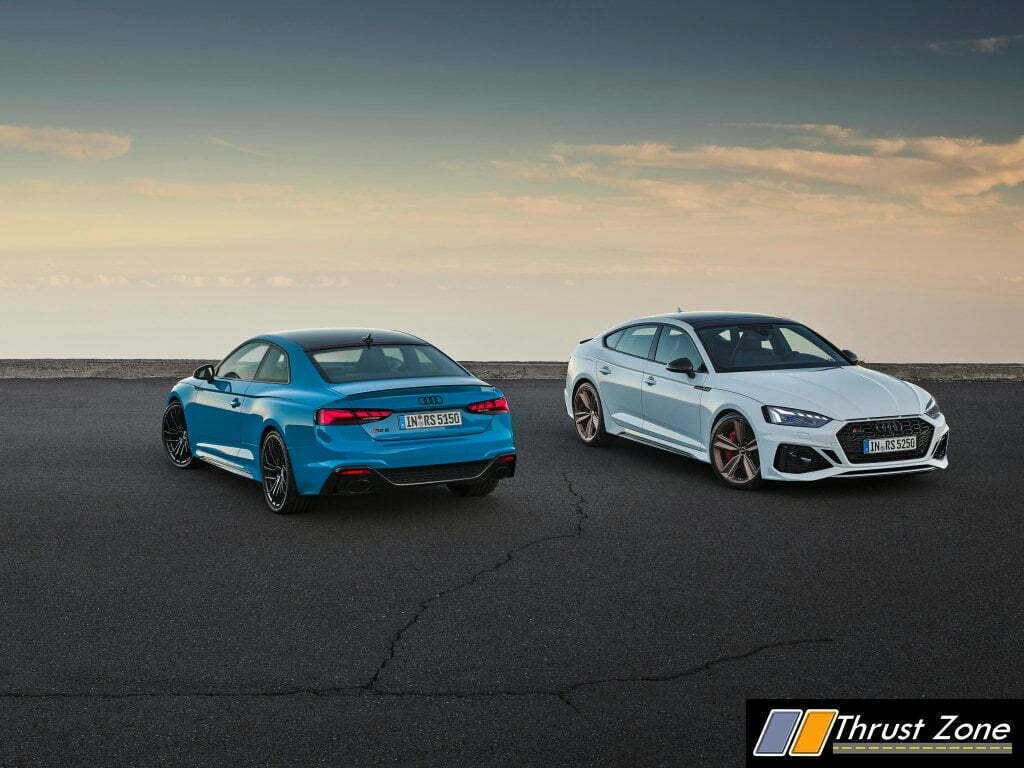 The Audi virtual cockpit Plus informs the driver about everything from the torque output of the engine to the G-Forces acting on the car
MMI Navigation Plus with MMI Touch features acoustic feedback and is positioned with a slight bias towards the driver. With its intuitive and simple smartphone-like user interface, the system displays crucial information like navigation maps and directions, engine and transmission temperatures, and the like.
The driver and passengers are ensconced in the Audi RS 5 Sportback and the 180 W Audi sound system provides entertainment through its 10 speakers and Bluetooth interface

The Audi RS 5 Sportback features an auto-dimming interior frameless rear-view mirror
The exterior mirrors are power-adjustable and feature memory, heating, power-folding and auto dimming on both sides
The rear luggage compartment is opened, and closed, electrically
Parking has never been easier, all thanks to the Parking Aid Plus with a rear-view camera
Hold assist kicks in preventing roll back when idling, which is just the thing that is needed whilst driving in stop and go traffic
Highway driving is effortless and safe, all thanks to the cruise control with speed limiter
Safety is a priority and the Audi RS 5 Sportback will not disappoint with its 6 airbags that include side airbags in front along with the curtain airbag system