A prototype of facelift BMW X3 has been spotted testing for the very first time. The third-generation BMW X3 was launched in the Indian market in 2018 and according to the latest news, the German carmaker is readying its facelift version. The prototype is expected to get its global launch towards the end of 2021 although as far as the Indian market is concerned, we expect the new BMW X3 to arrive only in 2022.

The majority of changes in the new 2021 BMW X3 Facelift will purely cosmetic in nature. This essentially means alterations will remain limited to the nip and tuck job. The model under the testing was heavily camouflaged although we can easily make of that the new model will feature smaller and sleeker LED projector headlamps with redesigned LED daytime running lamps. In the profile, newly designed twin-spoke alloy wheels are visible although no change has been made to the silhouette. At the back, changes remain limited to a redesigned tail lamp cluster and a round-tipped dual exhaust system. The interiors of the car were barely visible in spy shots though we expect BMW to make some cosmetic changes inside the cabin as well. 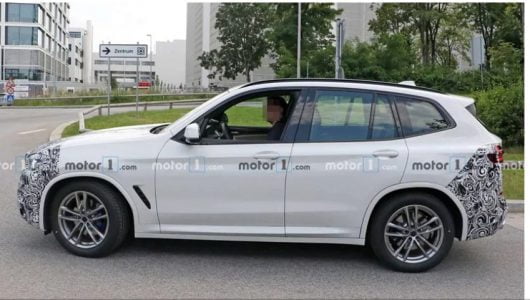 In terms of engine and transmission, BMW is likely to carry forward the existing set of engines currently doing duty under the 2021 BMW X3 Facelift hood. In the Indian market, BMW X3 is available in two variants – 248bhp/350Nm xDrive 30i Luxury Line petrol variant and 188bhp/400Nm xDrive20d Luxury Line diesel variant. Both engines come mated to an 8-speed automatic transmission with the additional convenience of paddle shifters. The petrol variant also features automatic hold function while both variants come equipped with a 4WD system of the company offering hill-assist and hill-descent control with variable torque distribution.