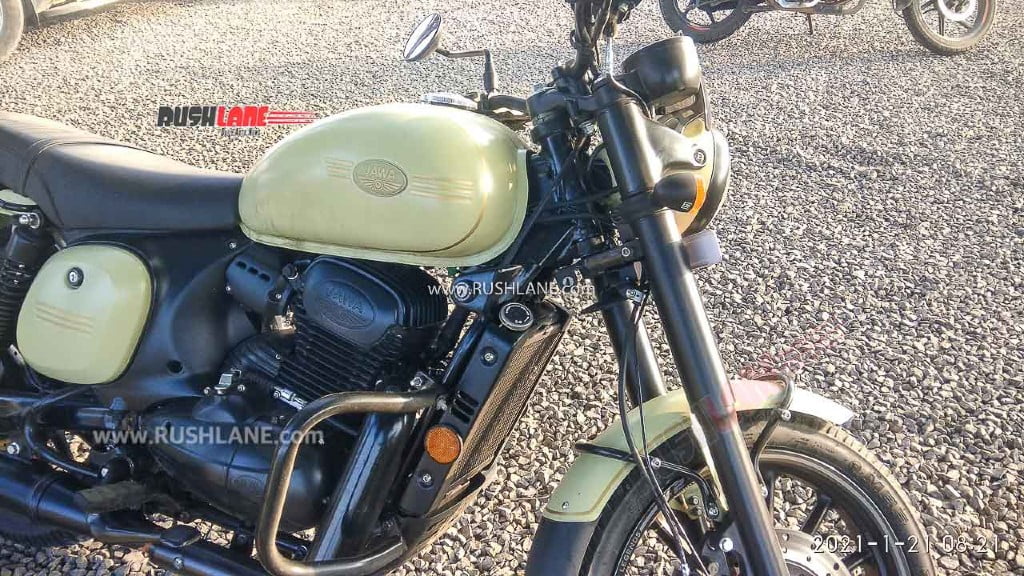 Classic Legends is readying a new variant of the Jawa Forty-Two motorcycle, and ahead of its debut, the model was recently spotted testing revealing all that’s new. The 2021 Jawa Forty-Two test mule shows a number of changes on the bike including alloy wheels instead of wire-spoked wheels. The new wheels also possibly wear tubeless tyres, while the chrome bits have been blacked-out for a new look on the retro-style motorcycle. The new blacked-out bits include headlamp bezel, engine and gearbox cover, front and rear suspension, as well as the exhaust unit.

The new variant of the Jawa Forty-Two also comes with a single-piece grab rail for the pillion and a new stitching pattern on the seat. It’s not clear if the cushioning on the seat has seen a change with the new version, given customers have often complained about the comfort of the seat itself, especially for the pillion. Along with the cosmetic changes, a new and small flyscreen has also been added as an accessory to the motorcycle. The changes seem to be cosmetic on the Jawa Forty-Two and are likely to bring some novelty to the motorcycle that has largely remained unchanged since it was first unveiled back in November 2018. 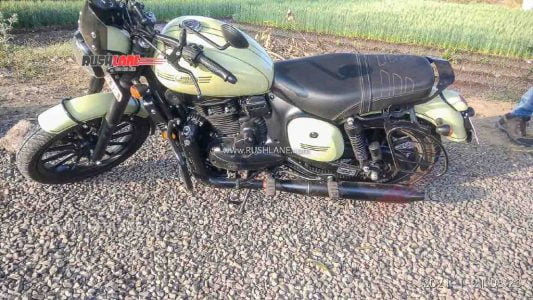 It is likely that Jawa will continue to use the same mechanicals while power will also come from the same 293 cc single-cylinder, liquid-cooled engine that develops nearly 27PS and 27Nm of peak torque. The motor is paired with a 6-speed gearbox. The bike uses telescopic forks upfront and twin shocks at the rear. The braking performance comes from front and rear disc brakes on the top variant, which the test mule also is based on. The unit also comes with dual-channel ABS. There’s also the entry-level version with single-channel ABS on offer.

The new blacked-out variant of the 2021 Jawa Forty-Two could be positioned as a new and premium version of the motorcycle. The bike is currently priced between Rs. 1.65 lakh and Rs. 1.74 lakh and this version could command a marginal premium over other trims. The new Jawa Forty-Two competes with the Royal Enfield Meteor 350 and the Honda H’Ness CB 350 in the segment, both of which are much more expensive in comparison.