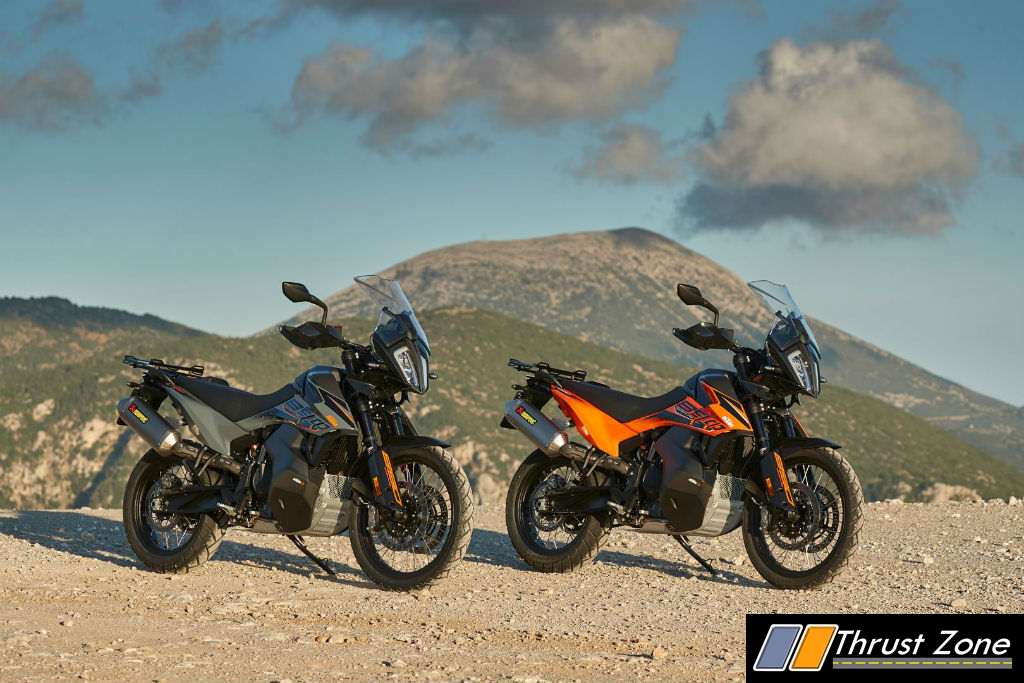 The front fender is set low, while the split seats are set for more comfort. The new touring version of the KTM 890 Adventure also gets more tarmac-focussed tyres. That’s not all though, the seat height has also gone down to 830 mm but can be raised up to 850 mm. That’s much lower than the India-spec KTM 390 Adventure that sits at 855 mm. However, it does have the adventure and off-road protection parts intact including the bash plate, handguards, low-set fuel tank and the high-mounted, upswept exhaust, which will ensure you won’t have to worry about trail riding.

The new touring-friendly 2021 KTM 890 Adventure also uses the same Chromium-Molybdenum steel frame while riding 21-inch spoked wheels at the front and an 18-inch unit at the rear. However, the reason we call it the base version is its suspension set-up. The bike comes shod with non-adjustable WP Apex forks at the front and a rebound adjustable monoshock at the rear. The suspension travel at both ends stands at 200 mm. In contrast, the 890 Adventure R gets a fully-adjustable suspension with 240 mm of travel at both ends. The revised suspension also takes a toll on the ground clearance that’s gone down to 233 mm from the 890 ADV R’s 263 mm.

Braking performance comes from the same 320 mm twin discs at the front with four-piston calipers and a single 260 mm rear disc with a two-piston caliper. The KTM 890 Adventure also retains most of the electronics from the higher variants including the six-axis IMU with traction control, ABS, Motor Slip Regulation, and multiple riding modes. The TFT instrument console stays too and also gets the KTM My Ride navigation. 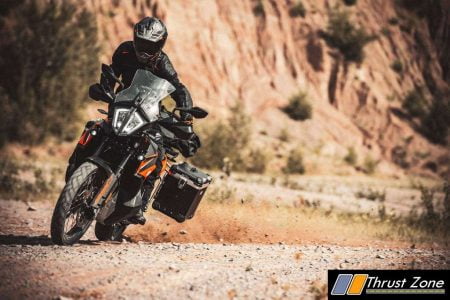 The 2021 KTM 890 Adventure range is powered by the 889 cc twin-cylinder, liquid-cooled motor that remains unchanged across all versions. The motor develops 105PS and 100Nm of peak torque, but the touring-friendly version does come with a 20 percent heavier crankshaft over the 790 ADV. This, the company says helps improve stability at low RPMs.

The tourer-spec KTM 890 Adventure goes on sale internationally in the last weeks of 2020. However, there’s no word on when the bike makes its way to India. However, we do not expect the middleweight ADV to arrive in India before the second half of 2021. Until then, the 390 Adventure remains KTM India’s flagship touring motorcycle, but if you are looking for something affordable, the 250 Adventure is on its way too and will go on sale by the end of this month.