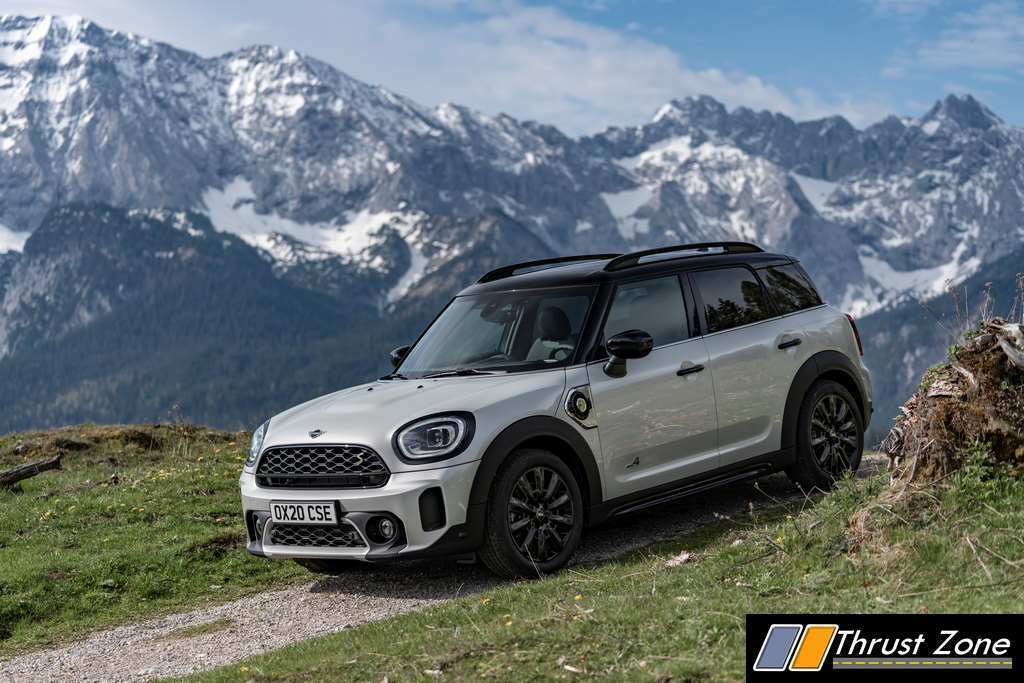 With the 2021 Mini Countryman Facelift, the tradition-steeped British brand continues to pursue its conquest of additional target groups. Even in its first generation, the MINI Countryman was a pioneer. As the first model with an exterior length of more than four metres, four doors, a large tailgate, five seats and all-wheel drive, it laid the foundations for the brand’s highly successful advance into the premium compact segment. The MINI Countryman now accounts for almost 30% of the brand’s new registrations worldwide.

In addition to plug-in hybrid drive, the new MINI Countryman is available with three petrol engines and three diesel engines featuring the latest MINI TwinPower Turbo Technology. The engines have seen extensive further development and cover an output spectrum ranging from 75 kW/102 hp to 140 kW/190 hp (combined fuel consumption: 6.3 – 4.1 l/100 km; combined CO2 emissions: 144 – 107 g/km) as well as already meeting the emissions standard Euro 6d, which will not be binding until 2021. Four of them can be combined with the all-wheel drive system ALL4 on request.

2021 Mini Countryman Facelift : an overview of the highlights. 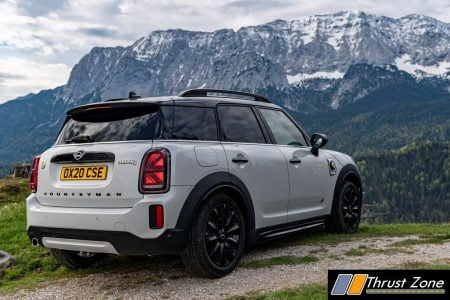 The optional MINI ALL4 exterior look and the roof rails – also available as an optional extra – further underline the versatility of the new MINI Countryman. Meanwhile the aerodynamically optimised exterior features contained in the optional John Cooper Works package add an extra touch of sporty flair.

2021 Mini Countryman Facelift gets three fully-fledged seats are available at the rear. Alternatively, the second row of seats can also be used to expand transport capacity. By folding down the rear seat with a 40 : 20 : 40 split, storage space can be extended from 450 to up to 1 390 litres. 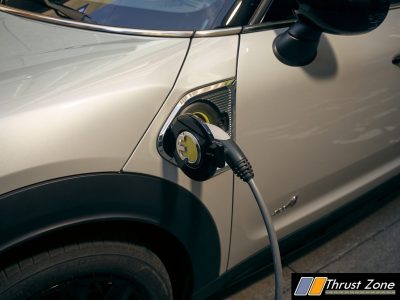 Selective customisation of the interior oriented towards the customer’s personal style has become even more attractive due to the addition of new options and a further developed product range. The leather variants Chester Indigo Blue and Chester Malt Brown have been newly added to the selection of seat upholstery options. The Colour Line for the lower section of the instrument panel and door trim, previously available as a single option, is now an integral part of the leather trim designed to match the relevant colour scheme.

The MINI Cooper S Countryman, MINI Cooper SD Countryman and MINI Cooper SE Countryman ALL4 models now come as standard with Piano Black interior surfaces for the cockpit and door bezels. These are combined with accentuation strips in the variant British Oak dark. A new version of the highly exclusive MINI Yours interior surfaces is optionally available for all model variants. The optional MINI Yours Interior Style Shaded Silver conveys stylish sporty flair. This is ensured by combining an illuminated cockpit bezel in the variant Shaded Silver with door bezels in Dark Silver and accentuation strips in Hazy Grey. 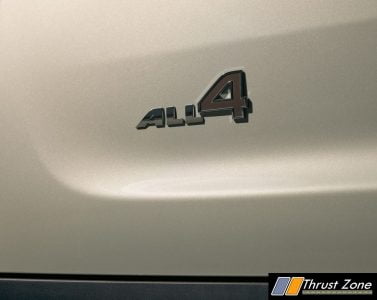 An extensively further developed engine portfolio enables the 2021 Mini Countryman Facelift to achieve an even more favourable balance between driving fun and fuel consumption. In addition to further optimisation of CO2 levels, other aspects of the emissions performance have been likewise consistently improved by means of the relevant measures – including particulate filters for petrol engines and SCR with AdBlue injection for diesel engines. This means that all model variants of the new MINI Countryman now meet the particularly rigorous Euro 6d emission standard.

MINI TwinPower Turbo Technology is used in the 3-cylinder petrol engines of the new MINI One Countryman and the new MINI Cooper Countryman and in the 4-cylinder petrol engine of the new MINI Cooper S Countryman and now includes an exhaust manifold integrated in the cylinder head along with turbo charging. Among other things, this ensures highly effective cooling of the exhaust gases and the turbocharging system. At the same time, crankcase cooling can be reduced when demand is low in the partial load range by means of a new split cooling valve. In addition, petrol engine direct injection operates at a maximum pressure that has been increased from 200 to 350 bar. 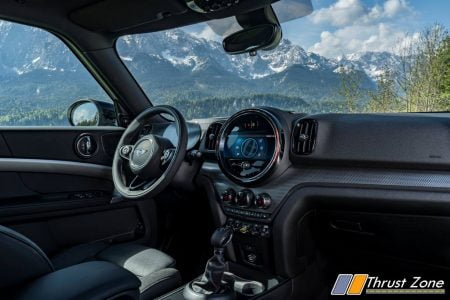 ALL4 as an option for four engine variants – and a standard feature of the plug-in hybrid model.

The ALL4 all-wheel drive system provides a noticeable boost in terms of traction, driving stability and agility. As an alternative to the brand’s hallmark front-wheel power transmission, this system is optionally available for four model variants of the new MINI Countryman. With its fast and precise electronic control, the system ensures need-based distribution of power between the front and rear wheels in all road surface and weather conditions.

The new MINI Cooper SE Countryman ALL4 is fitted with a hybrid-specific all-wheel drive system as standard. It is provided by the precisely controlled interaction between a 3-cylinder petrol engine transmitting its power to the front wheels with an electric synchronous motor that acts on the rear wheels. Together, the two power units produce a system output of 162 kW/220 hp. The latest eDrive technology available for BMW Group plug-in hybrid models also includes a high-voltage lithium-ion battery with a gross energy content of 9.6 kWh, giving the new MINI Cooper SE Countryman ALL4 a maximum electrically powered range of 55 to 61 kilometres. 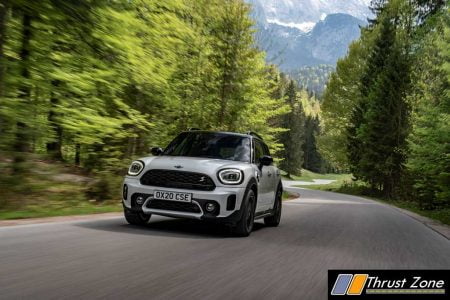