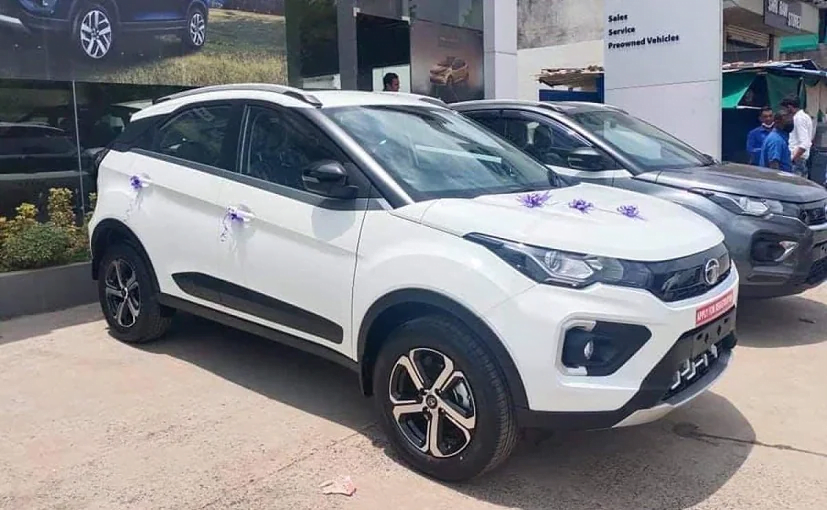 Tata Motors has silently updated its flagship Nexon compact SUV in the Indian market. The changes have been made on both outsides and inside the cabin although no mechanical alterations have been carried out. The new Nexon range is available in the market and here’re details of all that is new on the 2021 Tata Nexon:

New Alloys: On the outside, the 16-inch alloys on the Nexon have got a brand new 5-spoke design. Earlier, the SUV used to come with Y-shaped alloys though switching over to a new design has made things better for SUV’s looks department. Just like most other models in the industry, only top-end variants of Nexon have got the feature of alloy wheels while the base and mid-trim variants make do with steel wheels.

Discontinued Tectonic Blue color: Tata has discontinued the Tectonic Blue color on the new Nexon range. Until now the paint scheme was offered as an optional colour though now, this color has gone off the shelf. With this latest omission, Tata Nexon can now be had in a total of five colours including Flame Red and Foliage Green among others.
Omission of Physical Controls: The important change inside the cabin on 2021 Nexon is the removal of physical buttons for operating a range of navigation functions on the touch screen infotainment system. The controls were present between the touchscreen unit and the air-con vents but now the functions performed by these controls have been integrated inside the touch screen unit.

These changes are seen as a part of the continuous product improvement strategy adopted by Tata Motors. Just so you know, Nexon comes with a choice between a 1.2-litre 3-cylinder petrol engine and a 1.5-litre 4-cylinder diesel motor. Prospective buyers can choose from 6-speed manual and 6-speed AMT transmissions. The SUV retails in the price range of Rs 7.19 lakh and Rs 12.95 lakh (ex-showroom, Delhi) and is up against the likes of Maruti Suzuki Vitara Brezza, Hyundai Venue, Kia Sonet, Ford EcoSport, and Mahindra XUV300 among others.