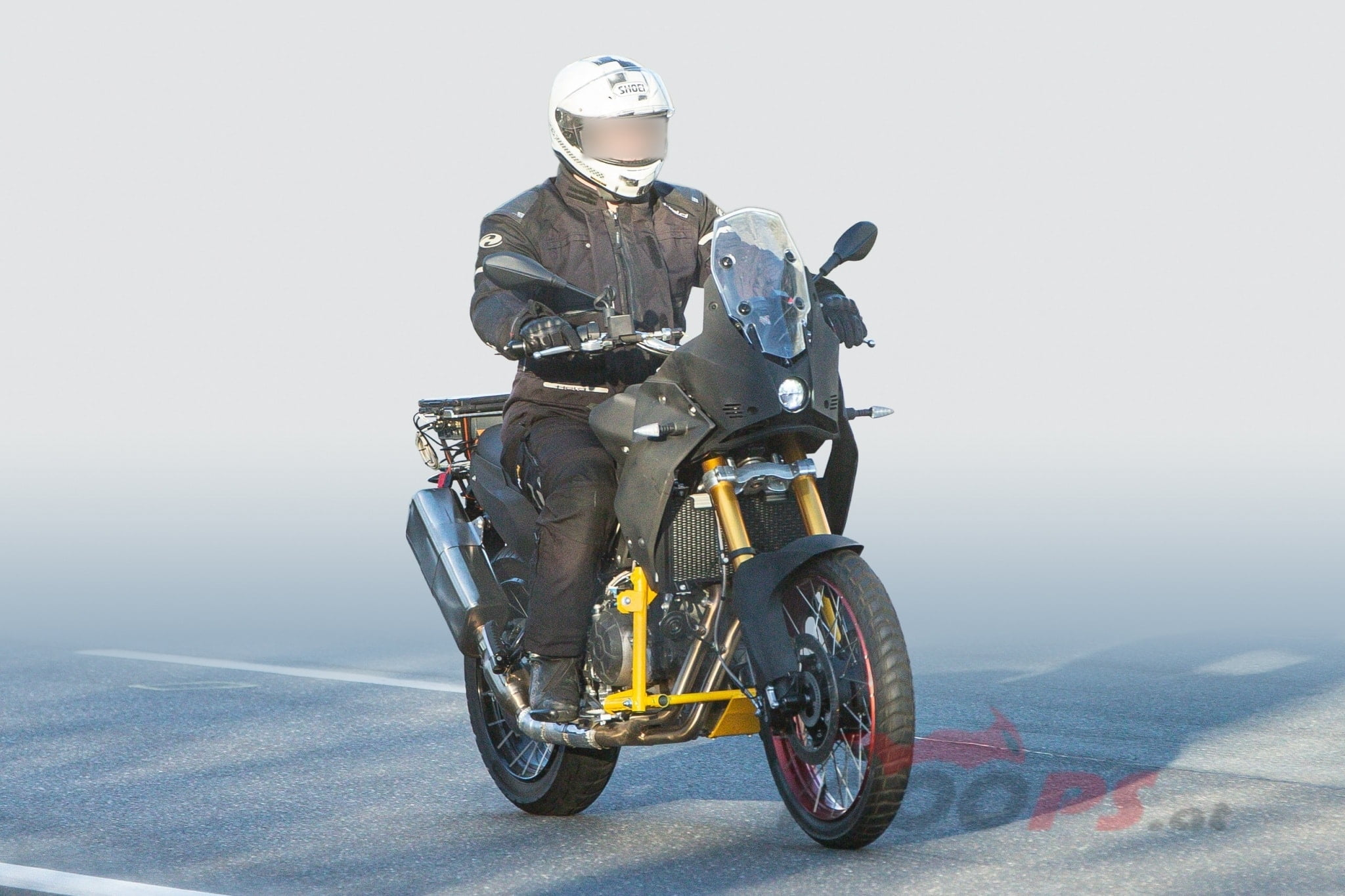 Aprilia 660 family is on the roll. The naked version of the 2022 Aprilia Tuareg 660 has recently been announced and now spy images of the third model in the family, Aprilia Tuareg 660 have also emerged on the internet. Tuareg 660 is an adventure bike (clear from its spotted prototype) and Aprilia is expected to introduce the model in the market very soon. The bike will use the same 660 cc platform for its underpinning which means the parallel-twin engine with 659 cc will be the choice for the motive power.

Tuareg 660 will feature the latest generation controls to aid ride and handling aspects. It will come equipped with engine brake control, traction control (multi-level), cornering ABS, slide control, and wheelie control. In terms of the power output, official figures are yet to be announced officially. However, we guesstimate that 659cc parallel-twin engine will be tuned according to the adventure nature of Tuareg 660. In other words, the focus of the company here will be to deliver a powerful low and mid-range rather than emphasizing the outright performance. 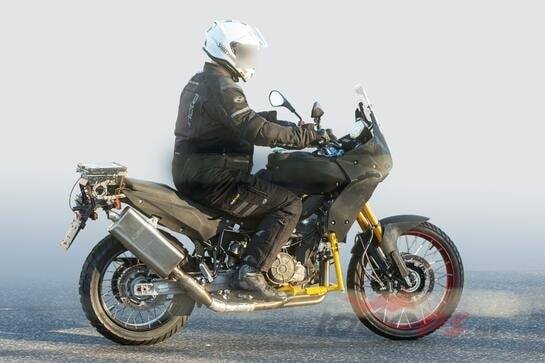 The rugged character of the 2022 Aprilia Tuareg 660 is quite evident from the spy images. The bike has got an adventure kit and this coupled with Brembo brake calipers, long traveling forks, and wire-spoked wheels make it quite a handsome machine. We already have an official confirmation from Piaggio India about the launch of Aprilia RS 660 and Tuono 660 though the company is yet to confirm the same about Tuareg 660. If the company decides to bring Tuareg 660 into the Indian market, it can prove quite a capable adventure bike. The critical success factor will be the price and if Piaggio gets it right, it’ll have another winner in its hand.