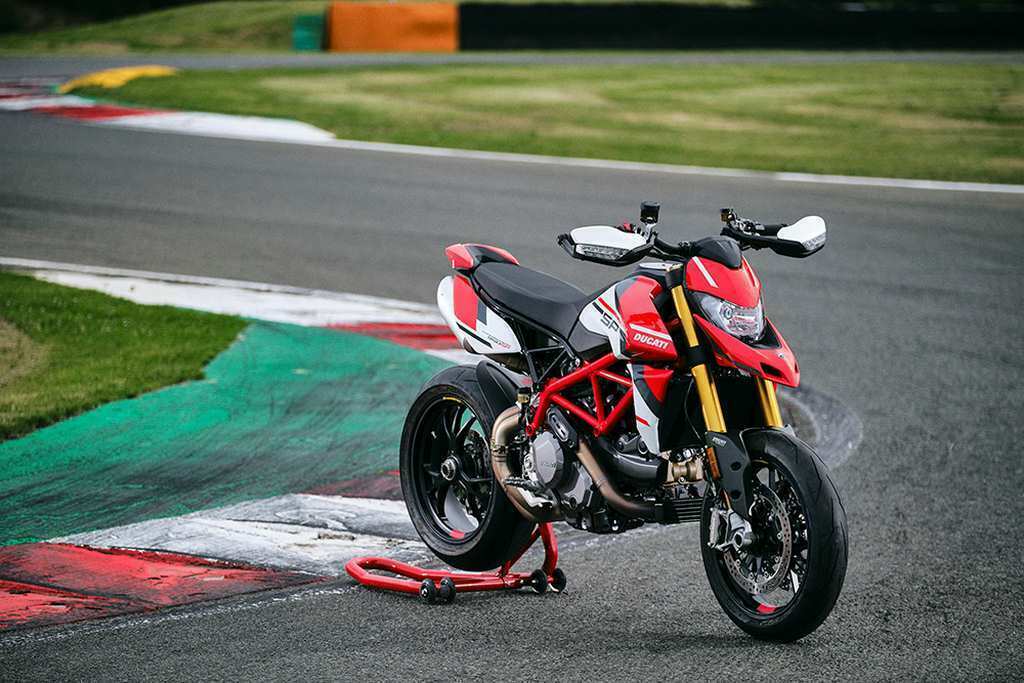 The Ducati Hypermotard 950 family is updated for the Model Year 2022 and sees the entry into the range of a new livery for the SP version. All models become compliant with Euro 5 anti-pollution regulations* and will be available in Ducati network dealers starting from June 2021.

The Borgo Panigale fun-bike family consists of three models: Hypermotard 950, Hypermotard 950 RVE and Hypermotard 950 SP. Three different choices, which allow the rider both to have fun in curves and to easily tackle city traffic with all the safety offered by Ducati’s sophisticated electronic equipment.

The design of the Hypermotard 950 is inspired by the look of motards and revolves around the twin under-seat exhaust and the reduced superstructures that leave the mechanical components visible, including the trellis rear frame that communicates lightness and essentiality. The ergonomics of the bike, also derived from the motard world, ensure a riding position with an upright torso and wide elbows which translates into a great vehicle control, while the flat seat guarantees the possibility of wide longitudinal movements.

The new livery of the SP version recalls the world of MotoGP in its choice of colours and that of ‘freestyle sports’ in its graphic lines, underlining the dynamic and fun character of the bike. The Hypermotard 950 SP represents the top of the range and is distinguished from the other two models by Öhlins suspension with increased travel, Marchesini forged wheels and standard Ducati Quick Shift (DQS) Up and Down EVO. 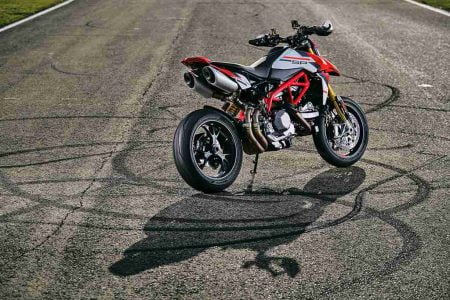 The engine of the Hypermotard 950 family is the 937 cc Ducati Testastretta 11° twin-cylinder unit, capable of delivering 114 hp at 9,000 rpm and generating flat-cornered torque whose peak is 9.8 kgm at 7,250 rpm. These power and torque values ​​remain unchanged with the transition to Euro 5 homologation.

The gearbox has been revised to make it easier to engage neutral when the bike is stationary and to ensure maximum precision in gear selection, adopting the same technical solution of the Monster and the SuperSport 950. The system envisages that the gearshift drum rotates on bearings, ensuring a movement with reduced friction. In addition, the gear lever spring is more loaded to prevent the system from remaining idle in the intermediate positions, thus resulting more precise.