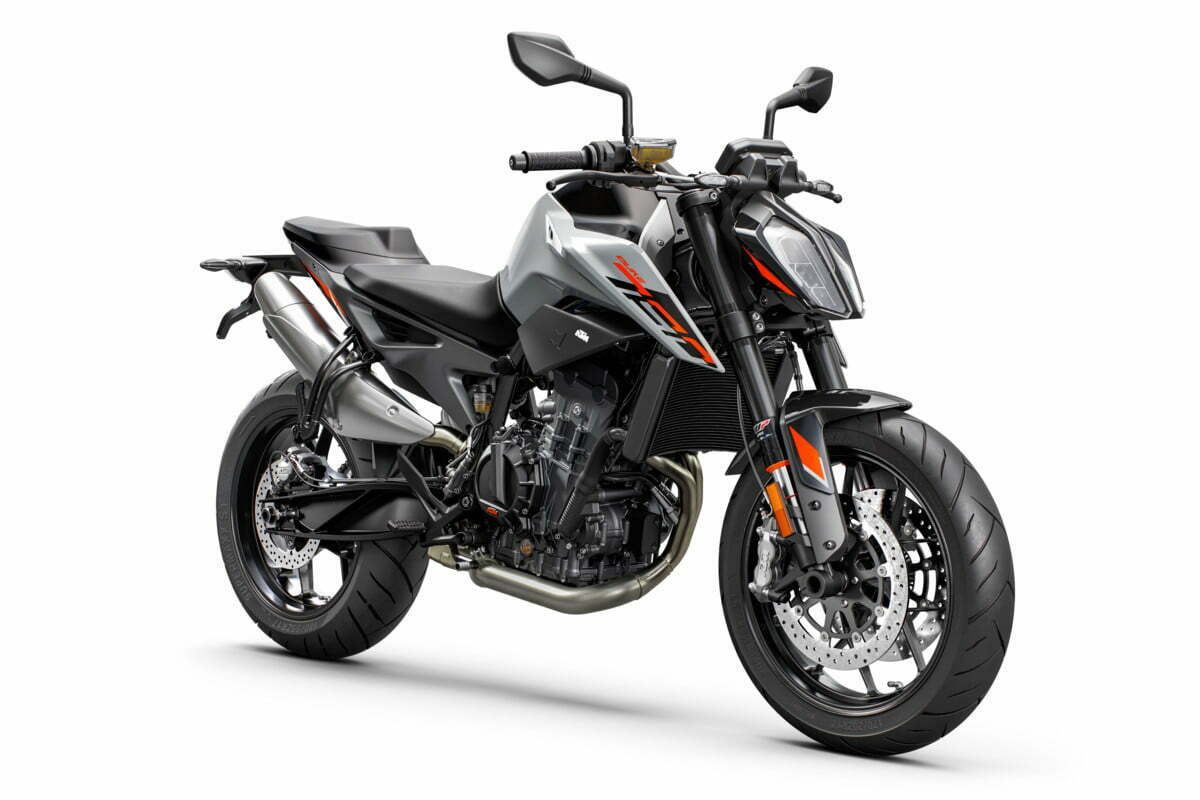 From its inception in 2017, the KTM 790 DUKE took the worldwide motorcycle markets by storm selling over 29,000 units. This was later followed by the introduction of the KTM 890 DUKE R, labeled THE SUPER SCALPEL, placing the KTM LC8c parallel-twin engine at the very top of the food chain in the midweight segment. In early 2021, the KTM 790 DUKE was upgraded to the KTM 890 DUKE, with more power and improved electronics.

The 2022 KTM 790 DUKE is the continuation of the story which introduced the world to the power and agility of the KTM LC8c parallel-twin platform, with further development offering a true global mid-range motorcycle with READY TO RACE character and performance.

Providing an unmatched riding experience, and neatly filling the gap between the KTM 390 DUKE and KTM 890 DUKE, the KTM 790 DUKE will be reintroduced into the market, with Europe receiving the 95 Hp version, allowing for A2 configuration. The rest of the world will receive the full 105 Hp version. Pricing will start at 8,999 € in Europe, with motorcycles arriving on dealer floors from June 2022.

The latter is powered by the most compact twin-cylinder in its class, generating 105 Hp and 87 Nm. This has been tuned specifically for torque output, providing easy, rideable power. However, an impressive top end ensures the KTM 790 DUKE maintains its excitement throughout the rev-range while meager fuel consumption of only 4,4 l / 100 km means riders can enjoy the twisties long before the low fuel light flashes. 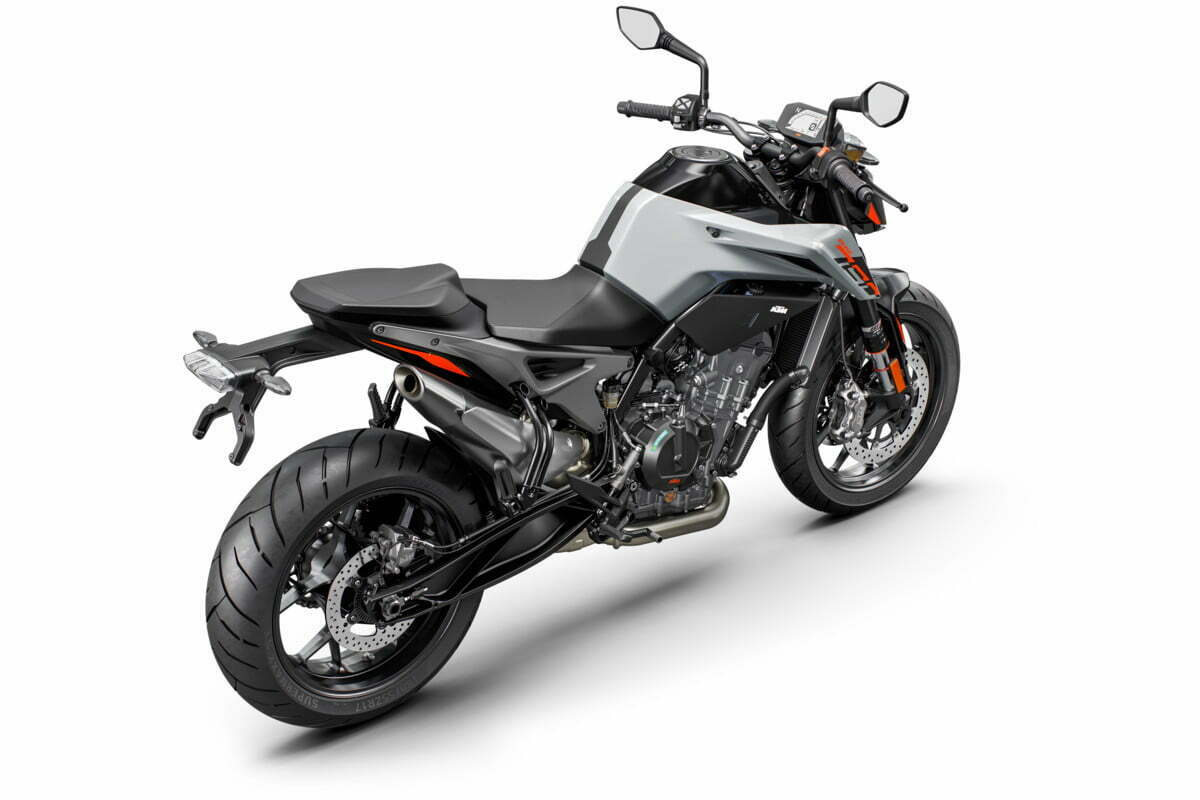 A lot of attention was also paid to ensure the typical DUKE riding feeling of lightness, agility, and sportiness. Handling is not only agile but also very precise thanks to geometry developed specifically for sporty street riding. High-quality WP APEX suspension at each end ensures a perfect connection with the road, and rider confidence at all times. Like a middleweight boxer in his prime, the 2022 KTM 790 DUKE is a champion of merging agility and hard-hitting punch. More so, it continues the trend of being a leader in the market when it comes to power to weight ratio and equipment levels. 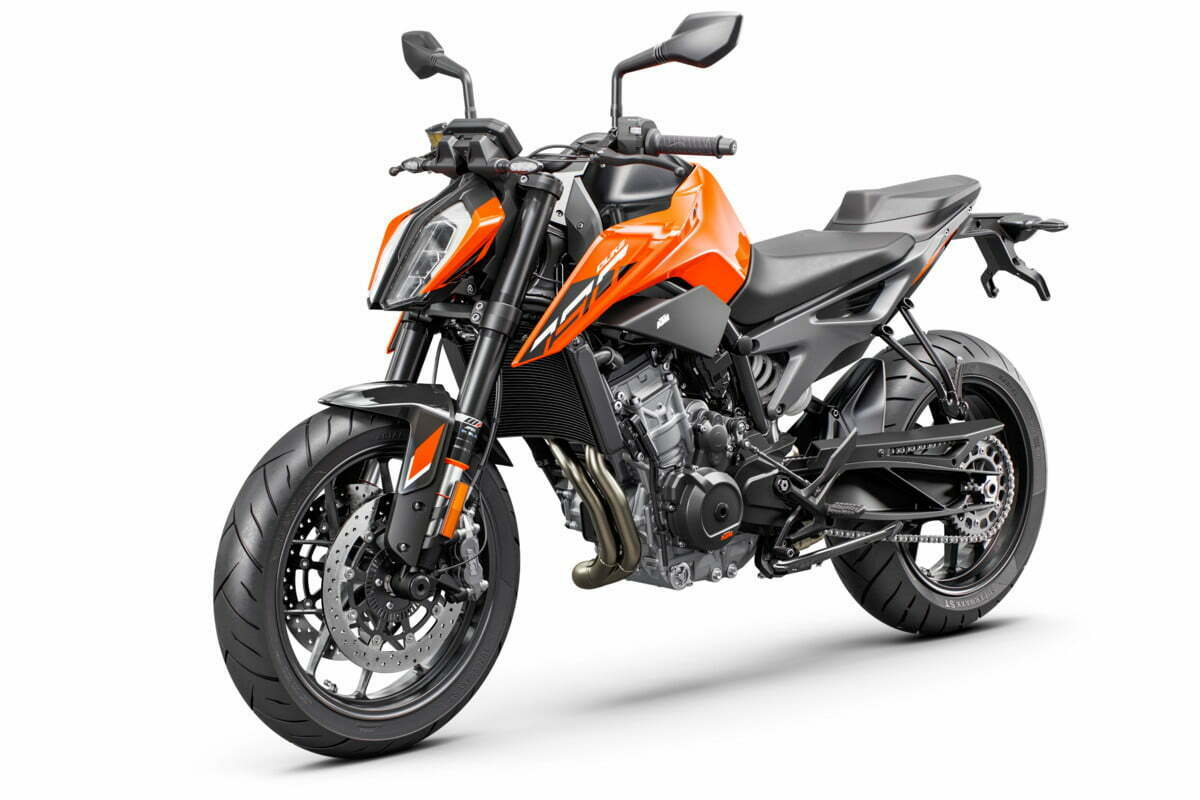 In terms of electronic wizardry, the KTM 790 DUKE boasts the most advanced and complete package in the midrange segment, with standard features such as: 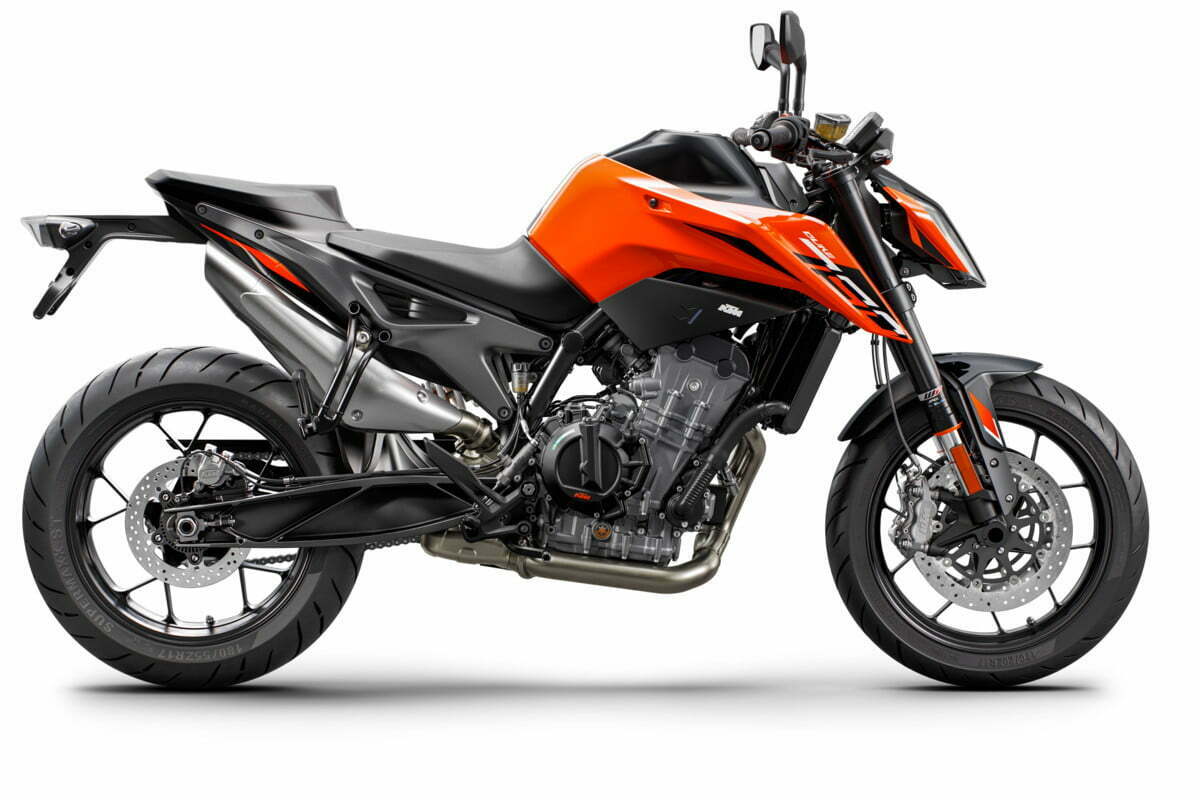 In terms of looks, the 2022 KTM 790 DUKE introduces two new colorways to the mix, with a traditional KTM orange scheme and an all-new gray and black motif entering the fray.

The KTM 790 DUKE needs little introduction, but with its re-entry into the market, and a renewed look to match its already legendary performance and character, the 2022 KTM 790 DUKE is poised to introduce a new generation of riders to the world of DUKE.

A full range of specially developed KTM PowerParts and KTM PowerWear is available for riders to personalize their motorcycles and get themselves geared up in READY TO RACE performance.