Lexus held the world premiere of the new Lexus ES today. The ES is a key model in the Lexus lineup, having first appeared with the launch of the first-generation LS flagship sedan in 1989. The ES has been well received by many customers around the world for its high level of quietness, high-quality ride comfort, and spacious cabin. Cumulative sales of the ES since its initial debut so far total approximately 2.65 million units in more than 80 countries and regions.

The new ES achieves further enhancements to superior quietness and ride comfort, which form the origin of Lexus, as well as further refinements to its high-quality overall comfort. As can be experienced through the comfort in the car’s seamless connection between acceleration, deceleration, and steering in any driving situation, development pursued a linear response that is faithful to the driver’s intentions.

A proprietary Lexus method was employed to increase the rigidity of the rear suspension-member braces for superior steering stability in situations such as high-speed lane changes. Also, the adoption in the F Sport version of the new ES of a leading-edge adaptive variable suspension (AVS) system that uses a new actuator achieves both high-quality ride comfort and sharper steering response by reducing the damping force and expanding the variable range. Furthermore, actively employed in the new ES are advanced safety technologies, such as an evolved Lexus Safety System +, with the aim of enabling drivers to enjoy even safer driving. A newly designed front grille and newly designed headlamps, together with the use of a newly developed interior color, result in an overall design that is more refined. 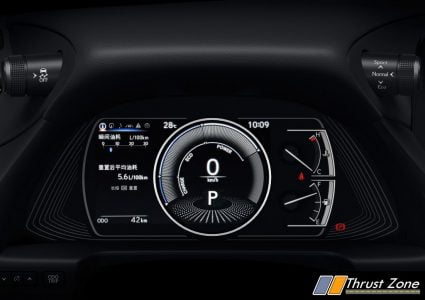 The new ES introduces enhancements to superior quietness and ride comfort, as well as further refinements to its high-quality overall comfort. As can be experienced through the comfort in the car’s seamless connection between deceleration, steering, and acceleration in any driving situation, development pursued a linear response that is faithful to the driver’s intentions, which is a constant Lexus aim.

Expands the flow path of the hydraulic control solenoid’s oil flow control valve, is responsive to low damping forces, and achieves high-quality ride comfort while improving steering response and stability by expanding the variable range of the damping force. The switch from a single sheet structure to a dual sheet structure has increased rigidity. Torsional and lateral rigidity has been heightened for improved ride comfort, as well as for a driving sensation that is more linear and faithful to the driver’s intentions, even in such situations as high-speed lane changes. 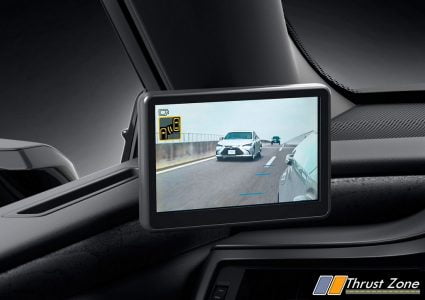 For gasoline-powered versions, the idle stroke of the brake pedal reduced by improving the internal structures of the master cylinder and booster
For hybrid versions, brake controllability improved by changing the control constants of the electronically controlled braking system
The contact area for the driver’s foot expanded by changing the shape of the brake pedal pad, improving the sense of stability when the brake pedal is depressed
The sense of lateral rigidity in the brake pedal has been enhanced by improving the mounting method for the internal bushing of the brake pedal link configuration
An evolution of the characteristic elegant styling of the ES toward a more modern look
The new ES improves on the quality and elegance that has been well received by ES customers. The exterior has evolved into a more modern look by way of a newly designed front grille and newly designed headlamps, while the interior has adopted the new interior color Mauve and evolved into a calm and modern space. Also, based on Lexus’s human-centered approach, enhanced operability was pursued in every detail, such as by giving the vehicle’s multimedia system a touch display and consolidating the switches around the steering wheel.

While preserving the ES’s recognizable identity, the grille has been done in a mesh pattern consisting of an ensemble of L-shaped components that emphasize lateral flow. Its emphasized forward extrusion heightens the sense of quality. Models with monocular lamps feature new, compact lamp units, while triple-beam lamps feature BladeScanTM AHS (Adaptive High-beam System) for improved functionality, while the use of new slender lamp units results in a sharp look.

Thicker spoke ends on the available 17-inch wheels emphasize the shine of machined surfaces and are layered in “V” formations to produce a sporty impression.
Multi-axis spokes on the 18-inch wheels that are standard on the base grade contrast the shine of machined surfaces and black paint, creating a sense of luxury.
The F Sport-exclusive 19-inch wheels are glossy black to match the black of the front grille for a firm impression.

Two colors available for the first time on the ES are Sonic Iridium, which takes advantage of strong shadows to further accentuate the shape of the vehicle, and Sonic Chrome, which exhibits a metallic quality in a high-gloss finish.

The multimedia system now features a touch display. Based on Lexus’s human-centered approach, the optimum distance and angle between the driver for a newly adopted touch display were sought out, and the display has been moved closer to the driver by more than 100 mm compared to previous display layouts and tilted approximately five degrees, putting even the outlying corners of the screen within easy reach of the driver. The display’s screen uses glass for improved visibility and operability.

Walnut material and the newly developed colors of Sumi Black and Dark Brown create a sense of luxury. Hairline ornamentation is done in hairlines etched one at a time using a laser process, creating a more delicate and modern ambience. In addition to a newly applied Hazel, the interior comes in a newly developed brown, grayish-tone Mauve. The F Sport now comes in White, with seat cushions in a White-and-Flare Red color scheme combined with seatbacks in Black for a sportier impression. 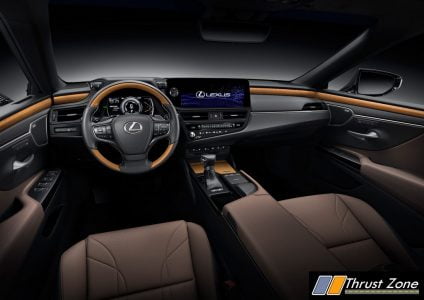 An example is the ES’s Lexus Safety System +, which has further evolved through the introduction of advanced safety technologies thus far cultivated through use in other Lexus vehicle models. While retaining the configuration of a single-lens camera and millimeter-wave radar used in the conventional Lexus Safety System +, Lexus has added functions such as Emergency Steering Assist and has improved the system’s lane recognition performance. These advances are part of Lexus’s continuing efforts to prevent traffic accidents and fatalities, to reduce driver burden, and to develop driver-assist systems that provide a more natural and safer driving experience. Also, the cameras of the Digital Side-view Monitors and Digital Rear-view Mirror of the ES have been updated, while LED flickering has been significantly reduced and image quality has been improved for excellent visibility day and night.

Lexus Safety System +
The performance of the single-lens camera and millimeter-wave radar has been improved to expand the response range of the Pre-Collision System, which is designed to detect daytime bicyclists and pedestrians in low-light conditions and, at intersections, to detect oncoming vehicles before right turns*1 and pedestrians crossing the street from the direction toward which the vehicle was traveling before it started to make a right or left turn. Also featured are functions such as Emergency Steering Assist, which assists steering within the vehicle’s lane as cued by the driver, and Low Speed Acceleration Control*2, which supports the prevention of collisions caused by pedal misapplication at times of reduced speed.

#The lane-recognition functions of Lane Tracing Assist (LTA), which is an advanced driving support function that supports steering to keep the vehicle in the center of the lane, have been improved through the application of AI technologies that expand the assist range, resulting in smoother and more-continuous steering assist.

#A curve speed-control function that decelerates the vehicle in advance according to the size of an approaching curve has been added to Dynamic Radar Cruise Control (with an all-speed tracking function), which controls acceleration and deceleration so that the distance to an immediately preceding vehicle is constant within the speed set when driving on motor-vehicle-only roadways and others.

#Emergency Driving Stop System*3 supports the driver through audio and visual alerts and gentle deceleration if non-operation by the driver continues during use of Lane Tracing Assist. It then activates the vehicle’s hazard lamps and horn to alert those outside the vehicle to help prevent or reduce damage to the vehicle or others, while slowing and eventually stopping the vehicle within its lane. After stopping the vehicle, it unlocks the doors and activates an automatic HELPNET connection for a rescue request, contributing to early driver rescue.

Various other forms of advanced safety equipment are featured on the new ES and are being actively introduced by Lexus. These include parking support brakes, which contribute to the mitigation of damage in collisions due to pedal misapplication in places such as parking lots or in minor collisions with vehicles approaching from the rear, and the Panoramic View Monitor, which supports periphery safety checks.

BladeScanTM AHS
The ES joins the Lexus RX and Lexus LS in the use of BladeScanTM AHS, which is an advanced AHS in which LED-sourced light shines onto blade mirrors spinning at high speed and is transferred to a lens to illuminate the road ahead. A residual image effect prevents the light from appearing to be moving, and BladeScanTM AHS precisely controls light distribution by synchronizing the rotation of the blade mirrors and switching the LED lights on and off. Capable of more-delicate shielding of light than in the case of conventional AHS, it broadens the range of high beam illumination, enabling the driver to recognize pedestrians and road signs without impeding the visibility of the proceeding driver or of drivers approaching from the opposite direction.

Bajaj Chetak Hyderabad and Chennai Market Entry Next On Cards