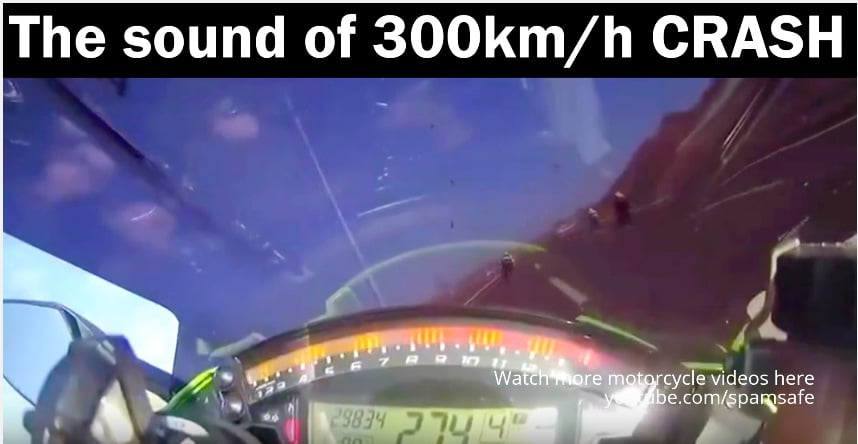 Riding bikes is fun, riding superbikes can be serious fun. However, to quote a line which is synonym in the auto world is “With great power comes great responsibility” is a daily affair for most of us. We all have seen crash videos and they are horrifying at ever speed that we have witnessed. The higher it gets, the worse it gets for the riders, motorcycles and the people around them.

Today, for the first time, there is video which has surfaced showcases a 300 km/hr crash on a ZX-10R, who was hit by a superbike which was doing the same speed. The motorcycle ahead lost the front-end either due to a rock or hit something on the road and without any time to spare, the ZX-10R behind fell prey to it immediately and was knocked out. The motorcycle seems to have a go pro mounted on the tank and which ended up recording the whole scenario.

The motorcycle was all over the place and disintegrated with every single second till the very end. The motorcycles seem to be completely destroyed and there is news that the riders have survived the crash but have been severely injured despite wearing the full racing suit and helmet. The video does rest of the explanation, we urge to learn from mistakes and ride safe, always!