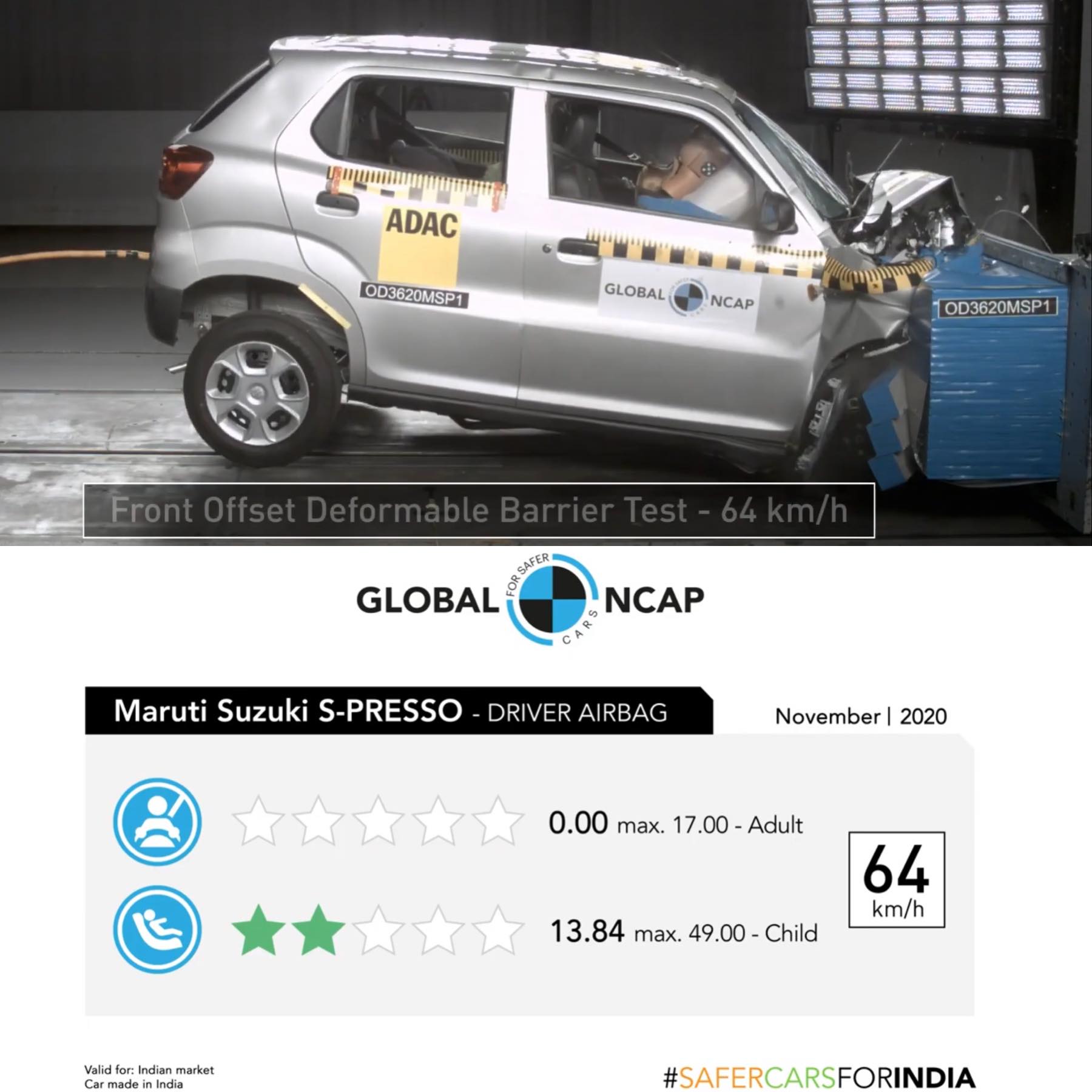 Under the project of Safer Cars for India, Maruti Suzuki S-Presso has achieved a zero-star rating on the adult occupant protection aspect. The crash test was conducted by Global NCAP and the base variant of the vehicle with standard fitment of the driver-side airbag was used for the evaluation. Just so you know, safety features available on S-Presso include ABS with EBD, reverse parking sensors, engine immobilizer, front seat belt reminders, and rear child lock. In addition, S-Presso complies with crash protection and pedestrian protection norms promulgated by the Indian government.

The car was crash tested at a speed of 64kmph and while there is nothing to write home about on the adult safety rating, the car was able to achieve a two-star rating on the safety aspect of child protection. Commenting on the results, the secretary-general of Global NCAP, General Alejandro Furas expressed disappointment on the low safety rating achieved by the Maruti car. The president of Towards Zero Foundation lauded the indigenous manufacturers such as Tata and Mahindra for rising up to the occasion and manufacturing cars with higher standards of safety ratings.

According to the crash result of Maruti S-Presso, the structure of the car was found to be unstable. Besides, the footwell area was also labelled unstable in the test. Reacting on the rating, Maruti Suzuki India Limited officially stated that all its cars are fully compliant with the safety standards of the Indian government and don’t require any certification from the self-proclaimed agency. 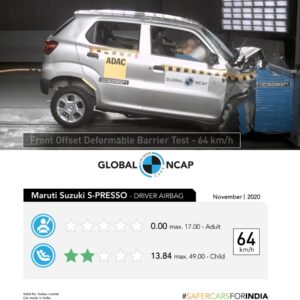 Maruti S-Presso comes powered by a 1.0-litre petrol engine which is capable of putting out 68PS along with 90Nm of max torque. The car is also available in the CNG variant which is slightly less powerful at 59PS and 78Nm. The petrol version is available with a choice between 5-speed MT and AMT gearbox while CNG can be had only with a 5-speed MT gearbox. The price range for the Maruti S-Presso in the Indian market starts at Rs 3.70 lakh while going all the way up to Rs 5.13 lakh for the top-end variant (ex-showroom, Delhi).