Toyota unveiled the new Land Cruiser to the world (in a Middle East-centered online reveal. The Land Cruiser was launched in August 1951 as the four-wheel-drive Toyota BJ equipped with a powerful engine, which demonstrated a high level of off-road performance in adverse environments, for example, becoming the first vehicle to climb up to the sixth checkpoint of Mount Fuji. Due in part to its performance record, it began to be adopted as a police patrol car all over Japan.

A cumulative total of approximately 10.4 million units and more than 300,000 units a year have been sold in 170 countries and regions all over the world.
To continue to live up to its reputation among customers as a vehicle that allows people to go anywhere & everywhere and come back alive and safe, the Land Cruiser’s unrivaled existence has continued to evolve, improving its reliability, durability, and off-road performance.

In this 70th anniversary year of the Land Cruiser, Toyota has completely redesigned its character by merging technologies accumulated over many years with the latest technologies, and is planning to launch it all over the world starting in the summer of 2021.

The Land Cruiser was launched in August 1951 as the four-wheel-drive Toyota BJ equipped with a powerful engine, which demonstrated a high level of off-road performance in adverse environments, for example, becoming the first vehicle to climb up to the sixth checkpoint of Mount Fuji. Due in part to its performance record, it began to be adopted as a police patrol car all over Japan. 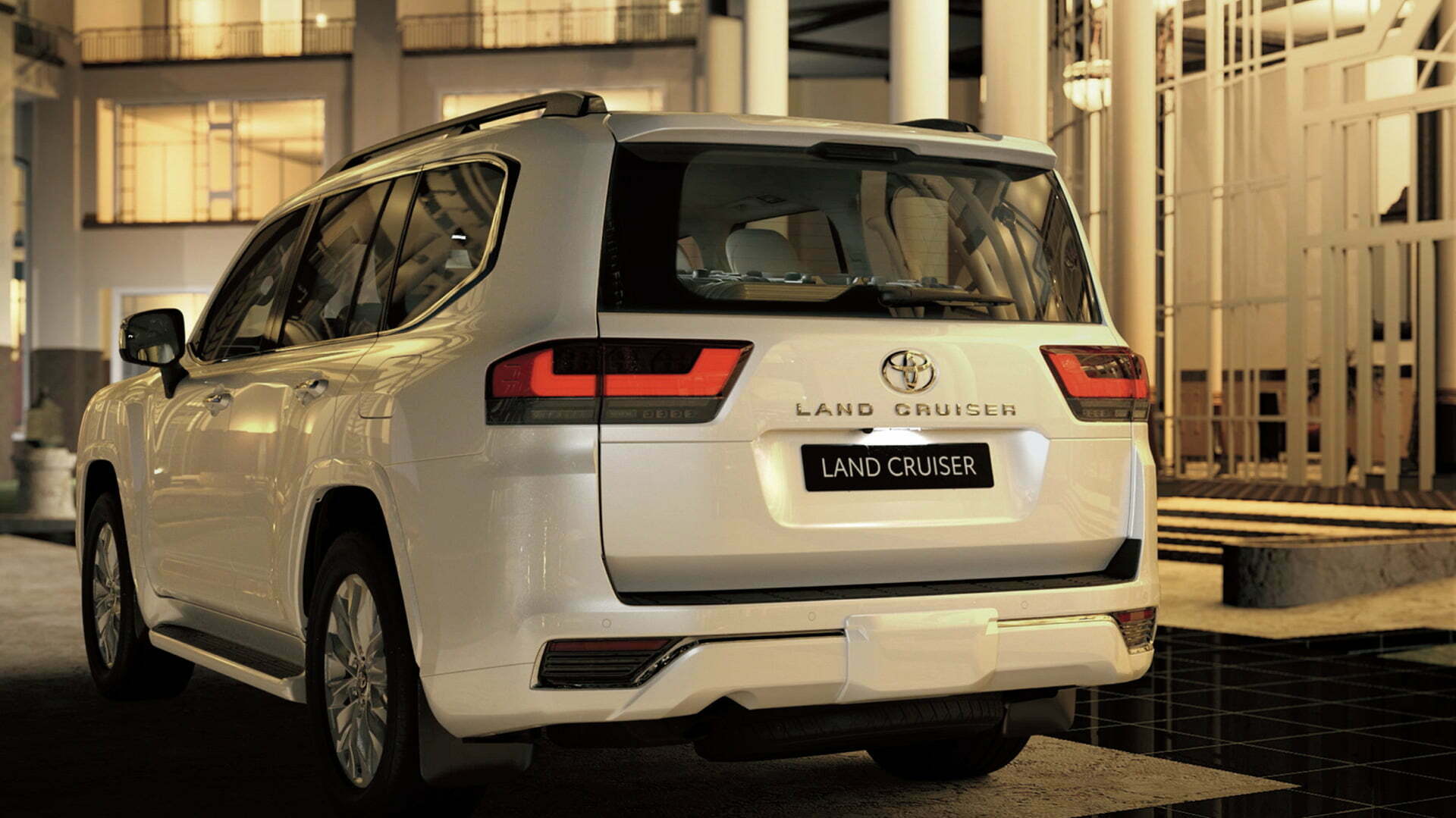 Since then, a cumulative total of approximately 10.4 million units and more than 300,000 units* a year have been enjoyed by customers in 170 countries and regions all over the world. The essence that the Land Cruiser has been maintaining for the sake of customers consists of reliability, durability, and off-road performance.

Toyota has been advancing and evolving the Land Cruiser by setting ever-tighter development and evaluation standards as needed, based on the actual usage situations of customers all over the world.

The redesigned new Land Cruiser (300 Series), the successor to the 200 Series that debuted in 2007, is a station wagon model. As the flagship model of the Land Cruiser series, it has in every generation led the way in vehicle evolution while incorporating the latest technologies.

Toyota adopted the new GA-F platform based on TNGA while keeping the frame structure, which is the foundation that protects the Land Cruiser’s essence. Furthermore, Toyota redesigned the Land Cruiser’s character by merging technologies accumulated over many years with the latest technologies, to achieve such improvements as vehicle weight reduction, lowering the center of gravity, the adoption of a new powertrain, and new interior and exterior designs. 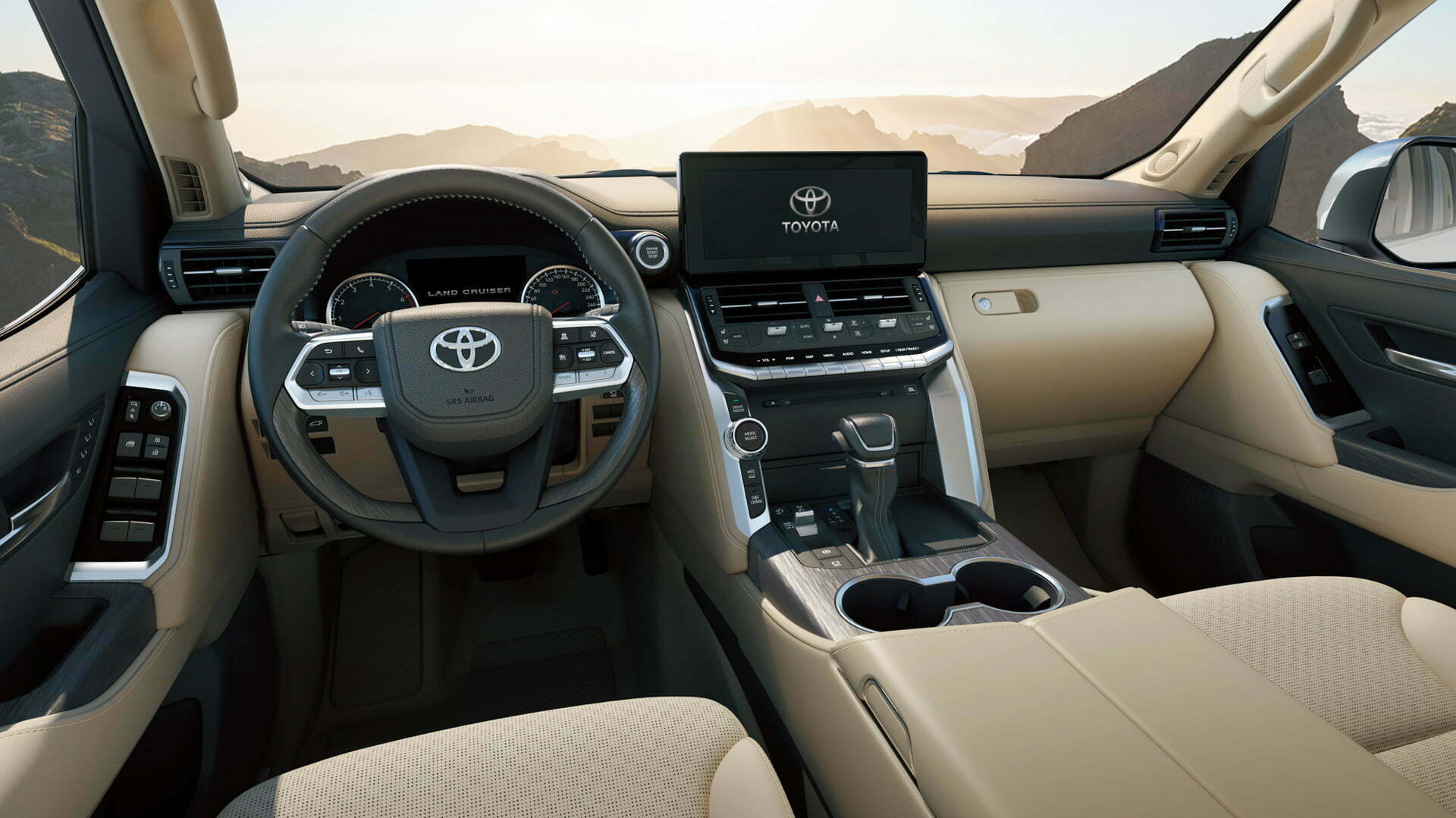 The frame itself was redesigned to reduce weight and increase rigidity. Various steps were taken, such as the reduction of the total weight of the vehicle (by 200 kg) including the frame and the body, lowered center of gravity, weight distribution, and improved suspension structure. Based on these improvements in features, as well as through improvements obtained through actual driving tests by evaluation members, including in-house drivers with advanced or master-level technical skills and drivers who had participated in the Dakar Rally, Toyota aimed to create a car that is easy to drive and does not easily tire the driver both on-road and off-road.

To further improve the traditional off-road performance, the following developments and new technologies have been adopted
Improvement in the basic suspension performance (wheel articulation: a number indicating the ability of a tire to stay on the ground)
Improved road-holding performance through the adoption of the E-KDSS (Electronic Kinetic Dynamic Suspension System) (first in the world)
Adoption of the Multi-Terrain Monitor, which instantly displays obstacles as viewed from the driver’s viewpoint
Adoption of the Multi Terrain Select, which automatically judges the road surface and selects the best driving mode 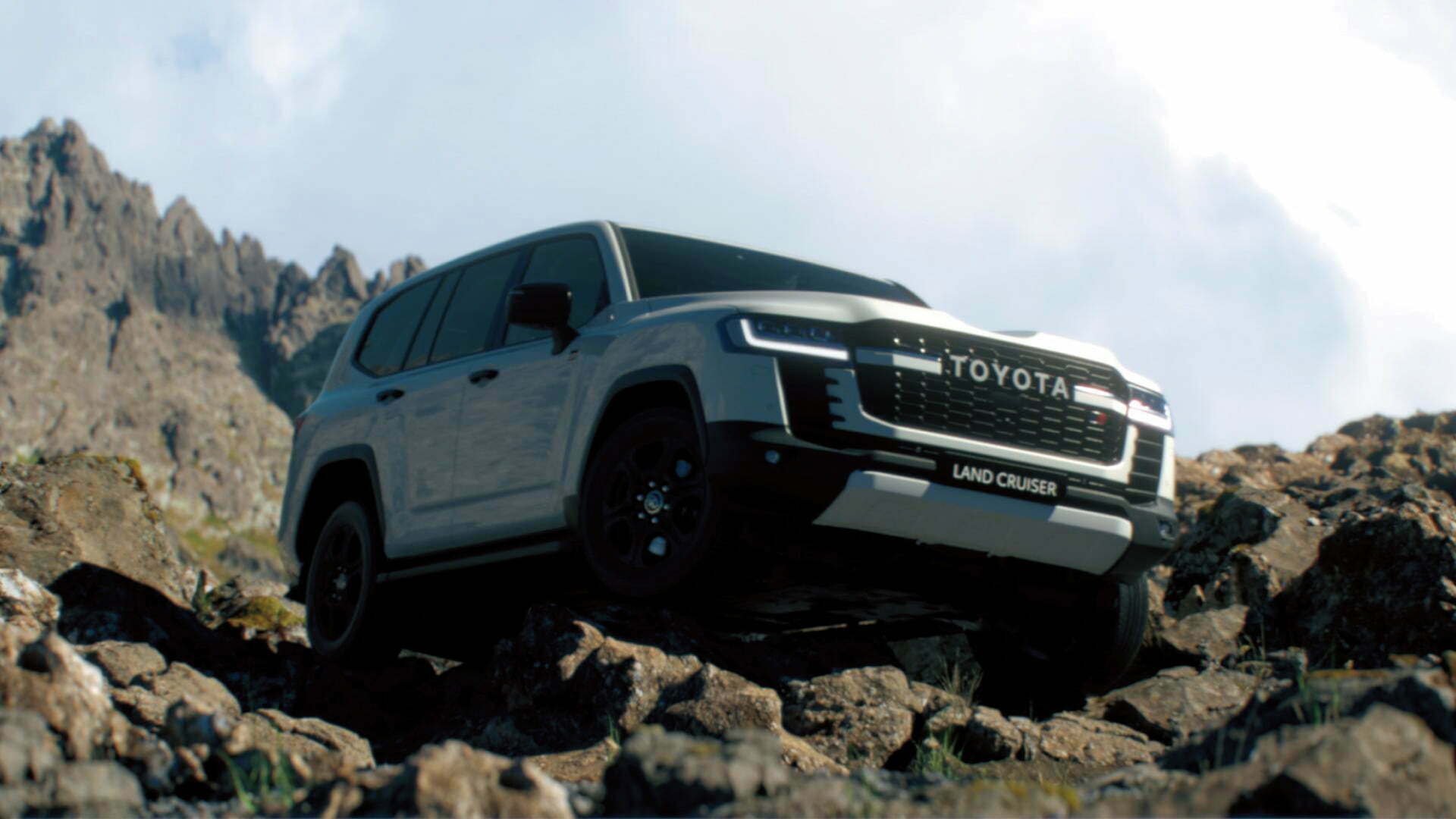 A newly developed V6 twin-turbo engine (3.5-liter gasoline – 415 PS and 650 Nm and 3.3-liter diesel – 309 PS and 700 NM) is used to achieve class-leading driving performance and drivability that surpass those of a conventional V8 engine. In terms of environmental performance, Toyota is aiming to globally reduce CO2 emissions by approximately 10%* a year compared with the previous model by combining the newly developed Direct Shift-10AT (10-speed automatic transmission with both engines) with lighter body weight.

On the exterior, the new Land Cruiser has pursued functional beauty in line with the Land Cruiser’s heritage, such as light positions and bumper shape that are unlikely to be damaged during off-road driving. On the interior, a horizontal instrument panel is provided that easily captures the vehicle’s position even during off-road driving. Additionally, Toyota pursued operational comfort by positioning switches that can be intuitively operated according to function, and using shape and color designs that improve operability.

As for the package, placing priority on off-road performance, the vehicle size including the total length, total width, and wheelbase, as well as both the departure and approach angles have been kept the same as the previous model (excluding some grades).

The new Land Cruiser has adopted the latest Toyota Safety Sense active safety package with additional advanced functions. Two functions have been added to the pre-collision system that helps avoid a collision or reduce damage by detecting pedestrians (daytime and nighttime) and cyclists (daytime). The first is a function that detects oncoming vehicles at intersections and oncoming pedestrians crossing the street when the vehicle is turning in either direction.

The second is an emergency steering and crash avoidance function, which assists with steering and lane keeping and is triggered when the driver performs a steering maneuver to avoid a collision. Furthermore, the new Land Cruiser has adopted the new Parking Support Brake, which helps prevent accidents by recognizing obstacles in front and back of the vehicle in a parking lot, approaching vehicles when the vehicle is backing, and pedestrians. Having achieved all these evolutions, Toyota plans to launch the new Land Cruiser all over the world starting this July.