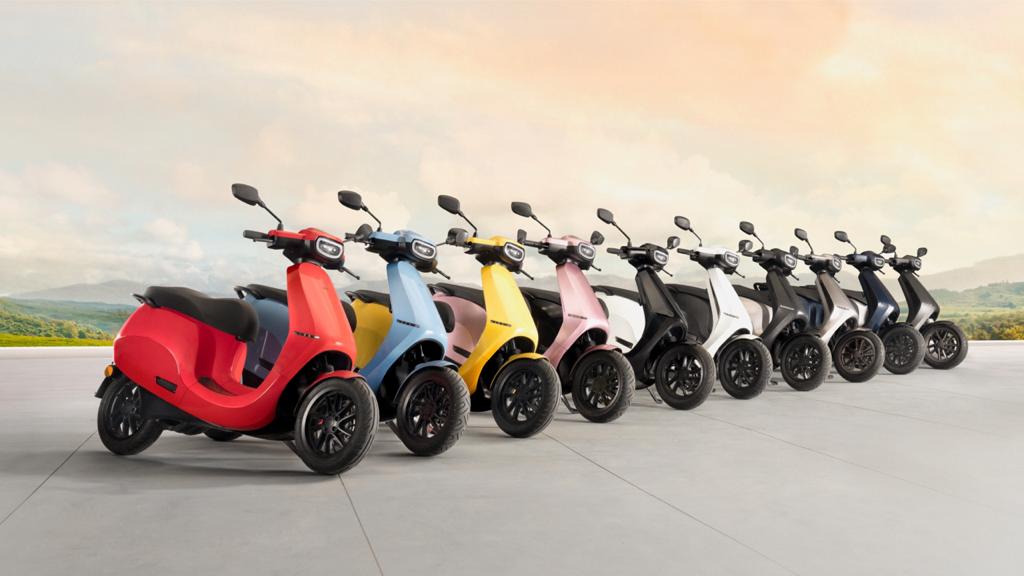 Going back to August 15, 2021, the hype around the Ola S1 Pro was no other. There was much fanfare around Ola, a mobility services company, foraying into the electric mobility space. The FutureFactory was already announced and the renderings promised a state-of-the-art space that would be making millions of scooters every year. An installed capacity of 10 million was promised then. The unveil met with thunderous applause and the specs announced promised a revolution indeed. That’s exactly what Ola Electric promised the world. So, naturally, expectations were skyrocketing with each passing day for the S1 Pro. However, nearly a year down the line, the Ola S1 Pro has become synonymous with everything wrong in the EV industry. From production delays, delayed deliveries, inconsistent quality levels, EV fires and much more, there have been plenty of teething issues with the electric scooter. While a revolution is indeed happening, Ola’s contribution has been two steps forward but one step backwards.

With the Ola S1 Pro’s first anniversary coming up soon, let’s take a look at all the problems with the electric scooter so far.

The Ola S1 Pro was initially expected to begin sales by October 2021 but that never happened. Global supply chain constraints and semiconductor chip shortage meant the company was unable to start production in time. This led to delays in deliveries of the scooter that didn’t happen before December last year. This irked many as customers had reserved the scooters as early as August 15, 2021, itself.

While delayed deliveries due to production was one issue, there were also issues of scooters not going to allotted customers as promised. Ola chose to make its sales process completely online, which meant there were no brick and mortar stores to visit. Test drives were only given to customers who pre-booked the scooter and that meant, there was no real way of independently testing out the vehicle before putting your money down. Instead, customers took the word of the company and paid the money. But then it turned into a waiting game for many as it took a couple of weeks and even beyond for the electric scooter to reach its rightful owner.

3. Discontinuation of the base Ola S1

The Ola S1 Pro was launched in two variants with the base trim priced cheaper and with a lesser range. While majority of customers opted for the Pro verison, those who booked the base model were forcibly asked to upgrade. While this was done given the lack of demand and supply constraints, customers were unhappy about there being no alternative or warning about the same. 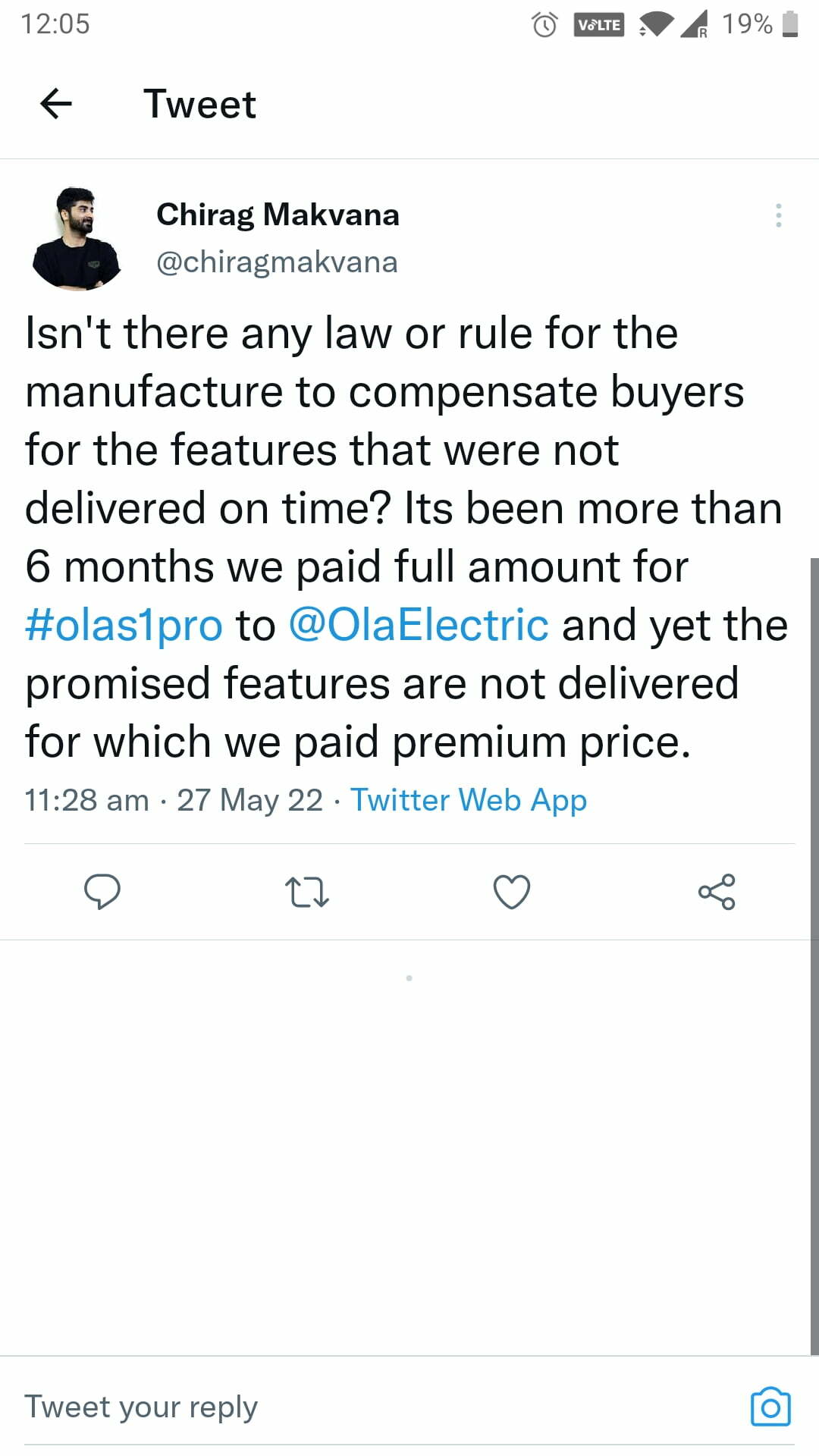 The Ola S1 Pro has been plagued poor quality checks. While it looked good, the quality levels have left a lot to be desired for many. Some of the issues highlighted by customers include a loose handle, poor side-stand quality, under-seat storage lock failure, and more. Customers also reported of poorly fitted panels and even poorer after-sales service experience. Both were addressed by the company based on the complaints.

From the screen shutting down, several features being inactive, OS suddenly stopped working, Eco mode activating on its own, OS hung up, no access to control and more. Owners have reported several issues with the software and user interface of the electric scooter. A lot of these were claimed to be solved with Beta OS that was recently released via an OTA update.

While Ola claimed a range of 181 km on a single charge, owners reported numbers far from that figure. Most owners concluded a true world range of 100-120 km on a single charge. Moreover, the battery behaviour was erratic for several owners with the battery shutting down on its own, shut down even after 50 per cent charging, and more. There were also issues of overheating after barely a few minutes of riding the S1 Pro. A customer was fed up with the erratic charging and range that he chose to burn down the vehicle instead. 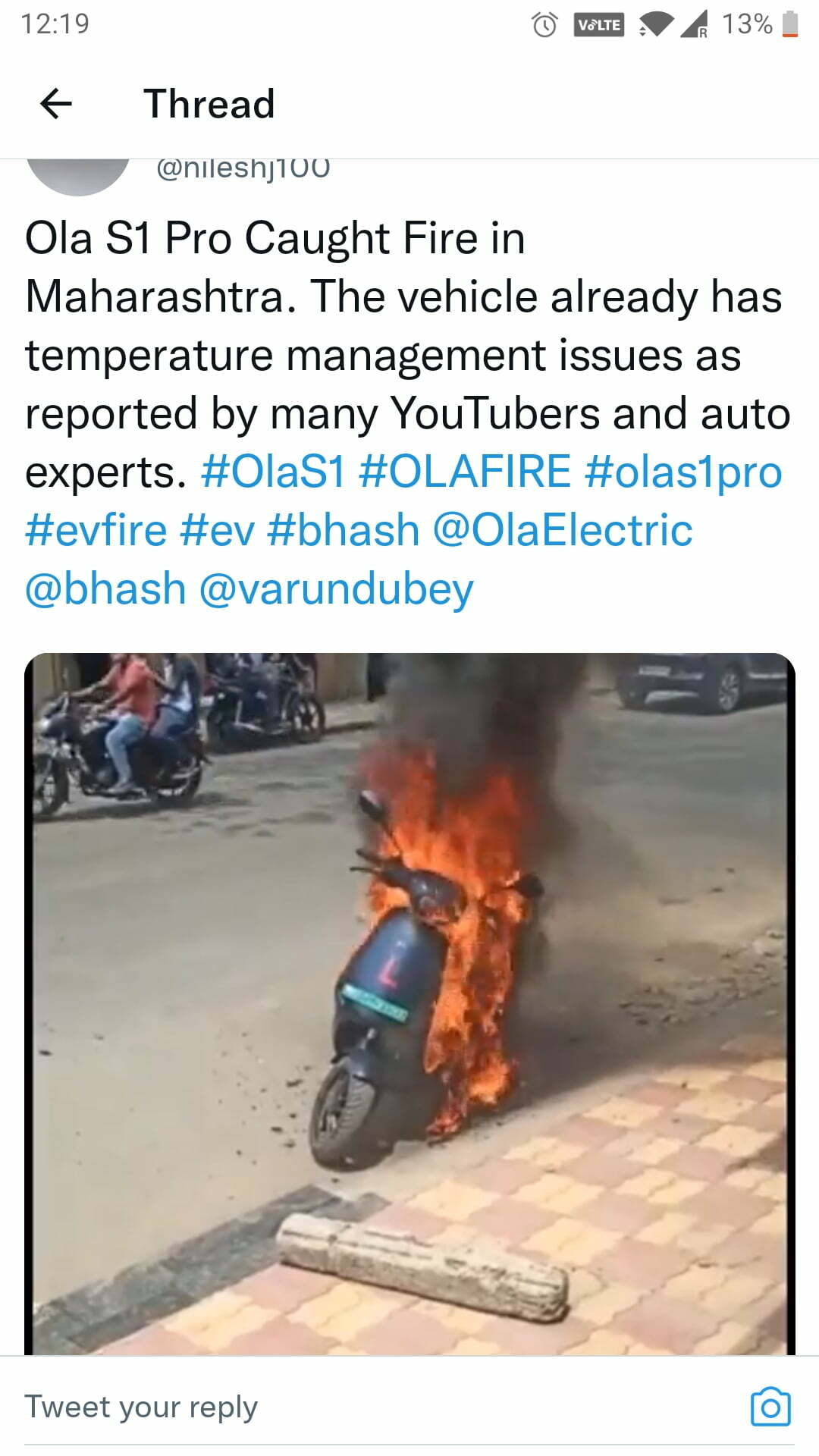 The more grave issue with the Ola S1 Pro turned out to be the scooter catching fire. With multiple cases, Ola was forced to recall a batch of scooters to check the cause of the fire. Inconsistent battery cells were said to be the cause behind the thermal runaway incidents that caused the batteries to catch fire.

7. A reverse mood of its own

Customers reported being seriously injured after the Ola S1 Pro’s reverse mode engaged on its own. Said to be a software glitch, the reverse mode saw at least two customers break bones and end up in the hospital due to a serious issue. 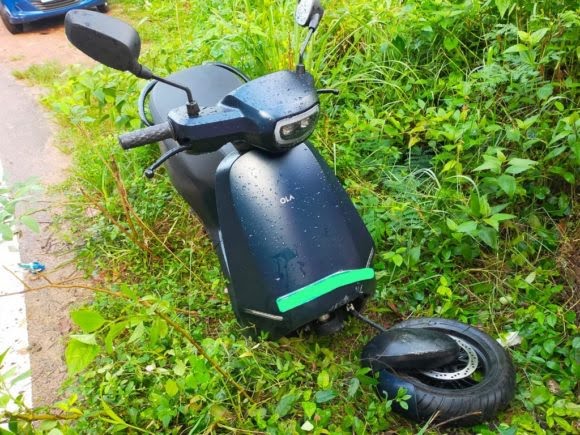 Ola responded to the issue and released a statement that read, “Vehicle safety and quality standards are of paramount importance at Ola. Ola today has more than 50,000 scooters on the road. So far, our scooters have travelled over 45 million cumulative km on Indian roads. The recently reported incidents of front fork breakage are due to isolated high impact accidents. All our scooters undergo rigorous quality and performance assessment across different terrains and riding conditions in India.”

With no dealerships to head to, customers were left at the mercy of call centres and social media to reach out to Ola for any query, concern or complaint. This led to several customers not getting the desired service as requested. Several customers complained that the company’s RSA wasn’t responsive enough, especially in the wake of the scooter behaving erratically. Others complained that issues weren’t fixed by the service centres.