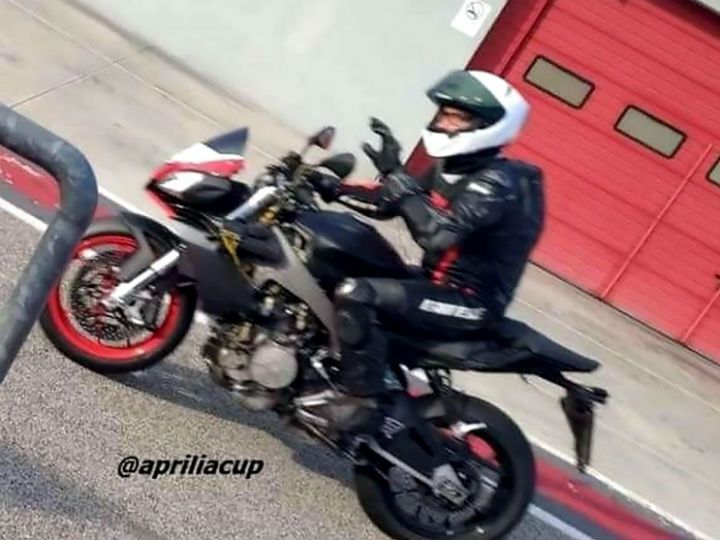 With the introduction of Aprilia’s RS660 last year, the anticipation for a naked middleweight motorcycle from the brand was very high. The RS660 has been spotted testing quite a bit and will be unveiled at the EICMA show, later this month. Adding up to the hype, a new naked motorcycle was also spied under test at the Imola circuit, Italy. What can be deduced from the test mule is, it could be the new Aprilia Tuono 660. Other observations also confirm that the bike was running a parallel-twin mill.

Aprilia Tuono 660 houses a parallel-twin, similar to the RS660, it will receive a moderately different tune. The engine will be more rider-friendly and host more low-end torque. The parallel-twin motor for the 600s is derived from Aprilia’s RSV4 1100 Factory bike. A V4 has been chopped down into half, so the expected performance figures and the overall package combined with electronics will be rather impressive. 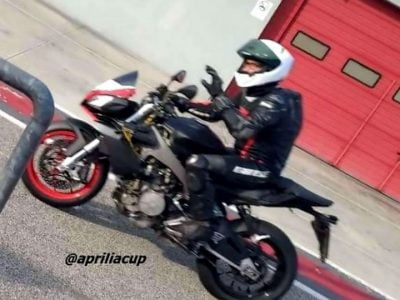 Aprilia Tuono 660 rider aids can consist of cornering ABS, wheelie control, traction control, perhaps a lot more. Aprilia will likely shed some more light on the Tuono 600 at the EICMA show and debut the concept, at least. If so, the production version can be expected next year with an undercut price to the RS660. The same platform can also be shared for a new Supermoto or maybe a sports tourer as well.