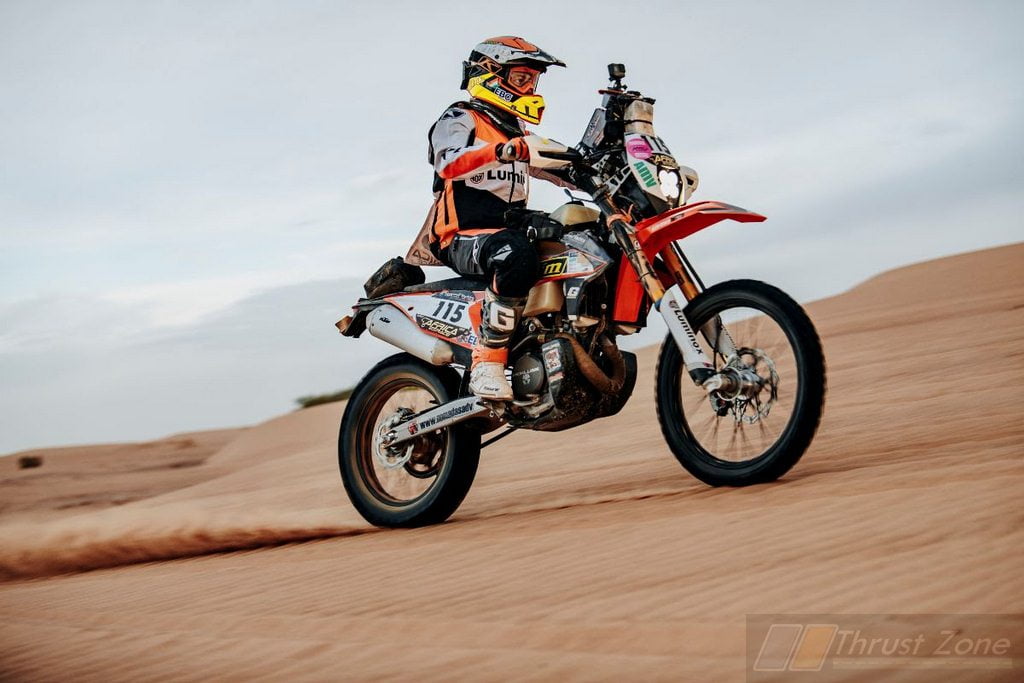 Ashish Raorane, India’s top privateer rally raid racer, will participate in Dakar 2021 in the Malle Moto category — considered the hardest category for participation, and a first for an Indian privateer. His proposal was accepted last week. The Dakar rally is considered the pinnacle of the rally raid racing format. Starting in 1978 as the Paris-Dakar rally, tracing a punishing route from France to Senegal, the race more recently moved to South America in 2009. For 2021, the Dakar will be held across Saudi Arabia.

About Malle Moto
Malle Moto refers to a category of motorcycle and quad competitors competing in the Dakar without any kind of assistance. A rider cannot be accompanied by anyone in-race — as assistance or as media — in this category, and specific competition rules apply for participants. Essentially, the Dakar organization will play the role of an assistance team for the pilots in this category by transporting one trunk, one set of wheels, one sleeping tent, one travel bag and one set of tyres for each competitor. Competitors carry all spare parts, tools and accessories required for the rally in their trunks, and are required to carry out all maintenance on their vehicles by themselves; no outside help is allowed. This category is generally considered the holy grail of the Dakar experience, as it preserves the original ethos of the Dakar Rally.

While hitting Dakar in 2021 has always been the plan, Ashish has been working on the Malle Moto idea since 2019, at the end of which the COVID-19 pandemic sent all plans into total disarray. While Ashish has typically rented bikes from race teams for his international competitions, he thought that model didn’t quite work for Dakar. “We decided to invest in a rally bike for Dakar, and the KTM Rally Replica was a natural choice. The bike’s been sitting in Spain since May, but with worldwide lockdowns and me being stuck at sea, I haven’t got a chance to ride it yet,” he explains. 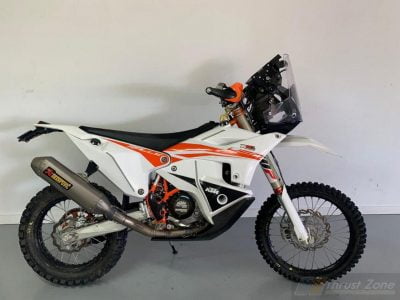 The prep
Apart from the speed, skill, endurance and navigation ability required to be competitive at the top level, participating in the Malle Moto category requires an intimate knowledge of the vehicle being piloted, since all maintenance work must be done by the competitor without outside help. “I’m looking forward to getting back out there training, not just on my riding and navigation, but also the technical skills that’ll be required for the Malle Moto. Dakar 2021 promises to be extra tough, lets hope we get back to doing what we love soon!” said Ashish, who is on the final leg of his journey at sea, before he returns to India in August.

A set of international competitions are a prerequisite to be accepted in the Dakar and Ashish’s performance in the 2019 Baja World Championship and the Africa Eco Race 2020 was considered for his acceptance in the 2021 edition of the Dakar Rally. His last outing was at the Africa Eco Race 2020, before pandemic lockdowns effectively put a stop to all competition. The Merzouga rally in May was to be the second international event of 2020 before it was cancelled, while Rallye du Maroc will be the final outing of 2020 before Dakar 2021 in January. 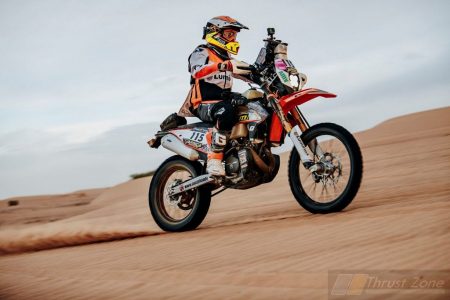 About Ashish Raorane
Ashish Raorane is a professional rally raid motorcycle racer, and the only Indian to campaign at international series as a privateer. A marine engineer by profession, Ashish spends his time on land training and racing his KTM 350 and 450 motorcycles and soon, his Rally Replica. Ashish is the first Indian to complete the FIM Baja World Championship series, placing 12th, and the first Indian to participate in the Africa Eco Race, finishing 57th. His campaign is currently supported by international brands including Luminox, Klim, Leatt, Gaerne and EBC brakes as well as home-grown motorsport patrons including Big Bad Bikes, Lazy Ass Bikers’ Store, Motousher and Slipstream Performance.