Audi concluded the India leg of the world’s largest amateur golf tournament series – Audi quattro Cup 2019 today. In a closely contested final held at the Prestige Golfshire Club in Bengaluru, India, Team Ahmedabad represented by Dr. Kaushal Anand and Sumit Pant garnered 47 points to beat the challenge of all other finalists from across the country. The Audi quattro Cup 2019 saw more than 750 golfers competing towards securing a slot for the India finals.

The Audi quattro Cup has clearly emerged as the crème of corporate golf events and is being celebrated nation-wide with golfers from major state capitals and towns, who compete in the series. In an otherwise evenly matched final, Team Bhubaneswar comprising of Satyajit Mishra and JB Pany bagged the runners-up spot after carding 36 points while the Team Mumbai consisting of Satish Gupta and Aditya Patel achieved third place with 34 points, beating the other teams for a podium finish. 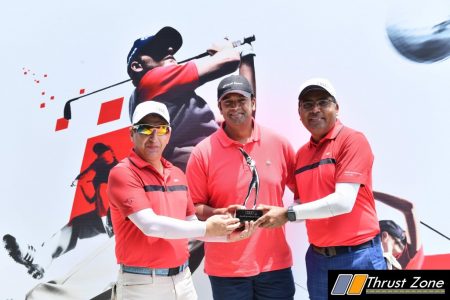 The Finals were played on the unique ‘Greensome Stableford’ format where both players drive the ball, select the best out of two and alternate before holing out. The winning team from today’s finals has qualified for the World Finals later this year to be hosted in Kitzbühel, Austria where traditionally Audi India winners have done well in the past few years.

The Audi quattro Cup has been an annual event since 1991 and has grown into the largest amateur tournament series in golf. In more than two decades, over 1.5 million amateur golfers have taken part in the tournament. 43 countries, 645 tournaments, 80,000 players per year – the Audi quattro Cup is a tournament series of superlatives. All of the victorious teams in the national tournaments tee off in their national finals for an opportunity to win one of the coveted starting positions in the World Final.

The highlight and closing event of each season is the Audi quattro Cup World Final, hosted on many famous courses in the world before, for example: The Belfry in England, Fancourt in South Africa, K Club in Ireland, Mission Hills in China, the Earth Course at Jumeirah Golf Estates in Dubai, spectacular Quivira course in Cabo san Lucas, Mexico amongst others. 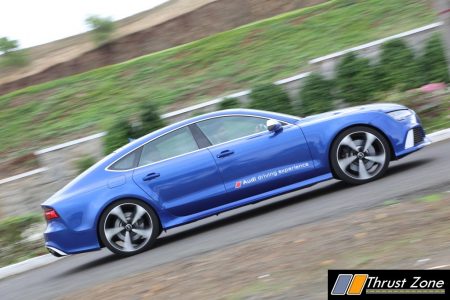 Audi also announced the roll out of the fourth season of the Audi Weekender program on 4th May from Pune, Maharashtra. The 2019 Audi Weekender is an enthralling experience for Audi customers, fans and their families to get an opportunity to experience the exciting line up of Audi performance range – Audi R8, Audi RS 7 Performance, Audi RS 6 Avant, Audi RS 5 and Audi S5 under the expert guidance of internationally trained instructors.

At the same time customers get to experience and hone their skills on the quattro capabilities of the Audi ‘Q’ Range – Audi Q3, Audi Q5, Audi Q7 on a specially created off road track. Internationally trained Audi experts also demonstrate the refined driving and handling of the Audi ‘A’ range – Audi A3, Audi A4, Audi A5, Audi A6 on a scenic drive.

The customers driving the sporty spearhead, Audi R8 love the acceleration and braking exercises at the track. The customers driving the Audi RS7, Audi RS6 Avant, Audi RS5, and Audi S5 manage course handling with expert instructors belting out instructions. The participating customers and enthusiasts are divided into groups to experience each range in advanced driving environment. A professional and motivated team of instructors help customers experience the power and dynamism of the brand with the four rings.

Hyundai Creta Facelift Review: All Changes Over The Previous Version