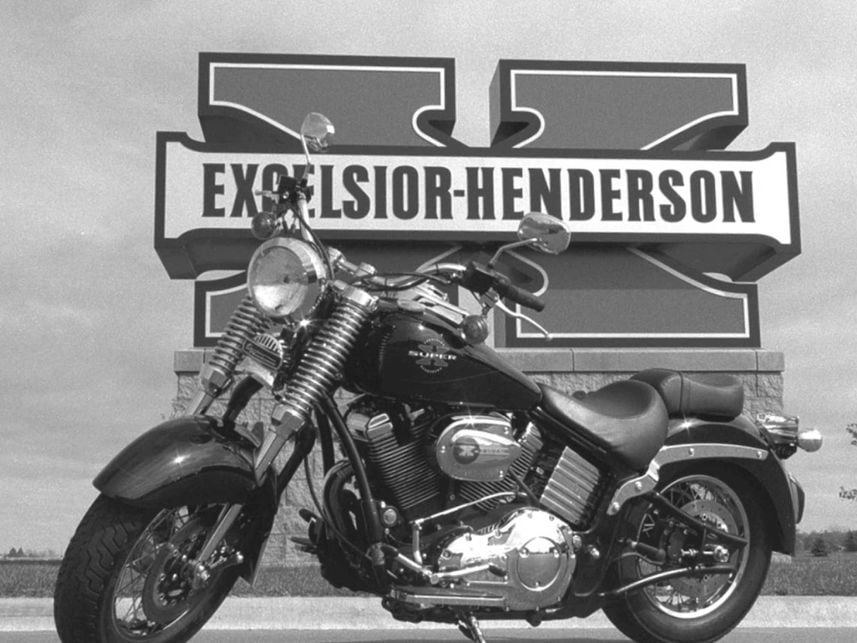 There’s an interesting piece of news coming from Pune as Bajaj Auto has filed a trademark for the Excelsior-Henderson name in Europe. Now, don’t be surprised if you haven’t heard of that name before. The name though is over a century old and traces its origins to 1876 in America with the Excelsior Supply Company that made bicycles and cycle parts. Henderson, meanwhile, was a company founded in 1911 and built in-line four-cylinder engines. The two names were later acquired by bicycle firm Schwinn and merged into Excelsior-Henderson.

Here’s where things get interesting. The original Excelsior-Henderson name was buried in the grave way back in 1931 when the brand ceased production after the Great Depression in the US. However, it was revived in a big way back in 1997 as a high-tech rival to Harley-Davidson. The Hanlon Manufacturing based in Minnesota, US, bought rights to the brand names and even rolled out the Super X V-Twin cruiser with a 1386 cc S&S derived engine. However, the brand went bust again soon after selling a thousand units of the bikes. 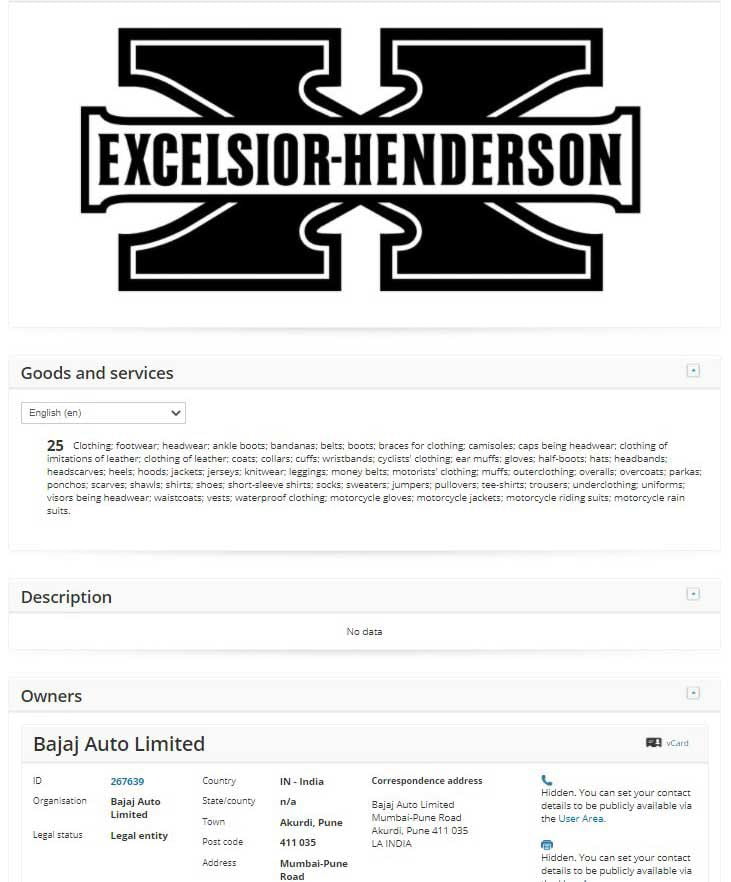 With Bajaj Auto’s recent trademark filing, it now seems the Indian brand is looking to revive the brand and build on its legacy. According to the European Union Intellectual Property Office (EUIPO), Bajaj first filed a trademark for the Excelsior-Henderson name in 2018 under the motorcycle design class that includes vehicles, service and parts. The manufacturer has again filed for a trademark on December 15th, 2020, and this time in the clothing class that includes apparel and motorcycle gear.

Bajaj Auto could be looking at introducing premium retro motorcycles under the Excelsior-Henderson moniker, joining the likes of Royal Enfield, Triumph, Benelli, and even TVS Motor Company, which owns the Norton brand.

There is also Classic Legends with its trifecta of Jawa Motorcycles BSA and Yezdi. The modern-classic segment is thriving globally and a storied nameplate is finding acceptance in different markets, including India. Even Hero MotoCorp has partnered with Harley-Davidson, saving it from exiting India altogether, while also developing motorcycles for the latter for emerging markets.

Amidst all these names, let’s not forget, Bajaj Auto has already pulled this card with the Chetak electric scooter, generating the right kind of hype around its first electric offering, only to be watered down later due to the pandemic.

It will be interesting to see what Bajaj manages to do with the Excelsior-Henderson brand name. More importantly, we’d like to see the kind of motorcycles that will emerge under the moniker. So many questions!