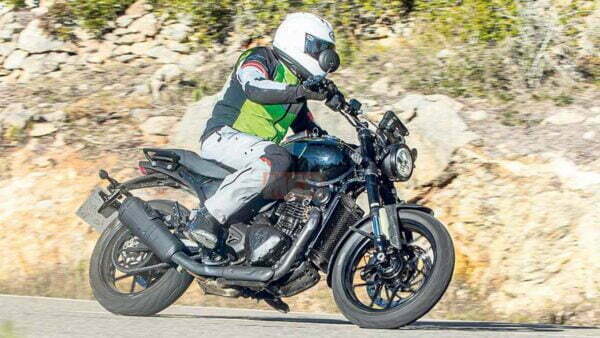 After announcing their partnership earlier in January, Bajaj and Triumph are now working to start manufacturing motorcycles that would cost around Rs 2 lakh to prospective buyers. Due to the Covid-19 pandemic, there is some delay in launch and opposite to initial expectations, the launch of the new motorcycle range will now happen only in the year 2023.

The spy shots of the first joint offering of the Bajaj Triumph have already been surfaced and it looks like the bike will rival the likes of RE Meteor 350. The bike is expected to make its debut around Diwali and the formal launch will happen in 2023. As per the current scenario of the market, RE is a dominant player in the category of 350-500cc motorcycles with the lion’s share of 85% to its kitty. Bajaj has also been trying very hard to conquer this segment though it failed to crack it even with the launch of the Dominar brand. Though now by Triumph by its side, Bajaj has a good chance to make its presence felt. The new motorcycles will be launched under the Triumph brand and they will be manufactured in the Bajaj’s facility in Pune.

The primary motive behind this partnership is to make affordable Triumph Motorcycles. The higher level of localizations will definitely help the company bring down the cost and even the research and development done with the help of the Bajaj is going to save a lot of cost for the Triumph. All the savings can be passed on to the customers in terms of affordable bikes that will be able to take on the dominance of the RE. According to Miles Perkins, head of the brand management, Triumph, the project with Bajaj is going on at a desirable place and the prototype of the motorcycles have been under development. Although there is no specific time limit related to the launch of the products, it is expected that, in time, the details will emerge. The bike manufactured by the Bajaj in India will be sold globally and both companies are very enthusiastic about this coming together.