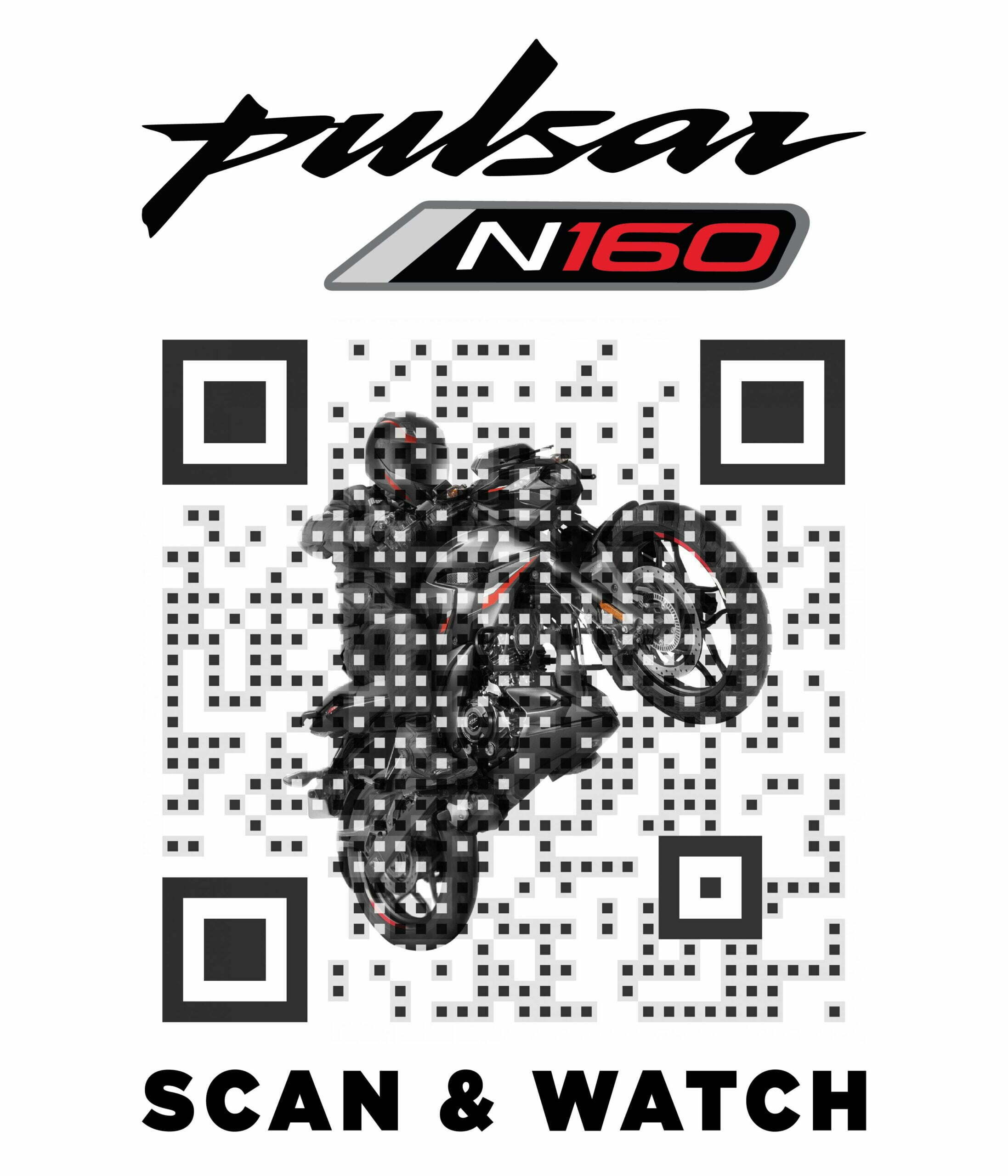 Bajaj Pulsar – a brand synonymous with creating out-of-the-box communication in the auto segment in India, broke new ground again! Aired during the India Vs. South Africa match, the film for the all-new Pulsar N160, the first-ever 160cc motorcycle with dual-channel ABS, encouraged viewers to ‘scan’ an embedded QR code to land on a second film – unlocking another level of an action-packed extravaganza!

Created by Ogilvy, the 2-part advertisement has created ripples on social media, with legions of fans taking to a popular microblogging site to talk about the ad’s novelty and the payoff on the scan.

With this ad, Bajaj Auto has chosen to go a completely different way for advertising this latest addition to the much-loved Pulsar range. The film displays the thrilling performance and excellent control of Pulsar N160, featuring some gravity-defying stunts that serve dollops of thrill!

Narayan Sundararaman, Head of Marketing, Bajaj Auto Ltd., said, “Brand Pulsar is all about action and thrill. For its new avatar as Pulsar N160, we had to deliver a communication package that would talk about the category-first feature of Dual Channel ABS. In this cluttered media environment, we thought our best chance would be to involve the viewer and nudge them towards a thrilling film… do they want to watch an ‘uncensored’ ad of eye-popping motorcycling action? It’s great to see that the answer is a resounding yes!”

Sukesh Nayak, Chief Creative Officer, Ogilvy India, adds, “Pulsar is the most thrilling motorcycle on the road, so we took its communication a notch higher on the thrill. How? We got their attention twice! We made an ad in an ad. First, we made a Censored Pulsar ad for TV and released it with a QR code. The film invites the die-hard Pulsar fans to scan and view the most thrilling ‘Uncensored Pulsar ad’ ever. The Uncensored Pulsar QR code will make not just the TV ad but every ad thrilling, newspaper, outdoor, and even posters. Let the thrill take over.”