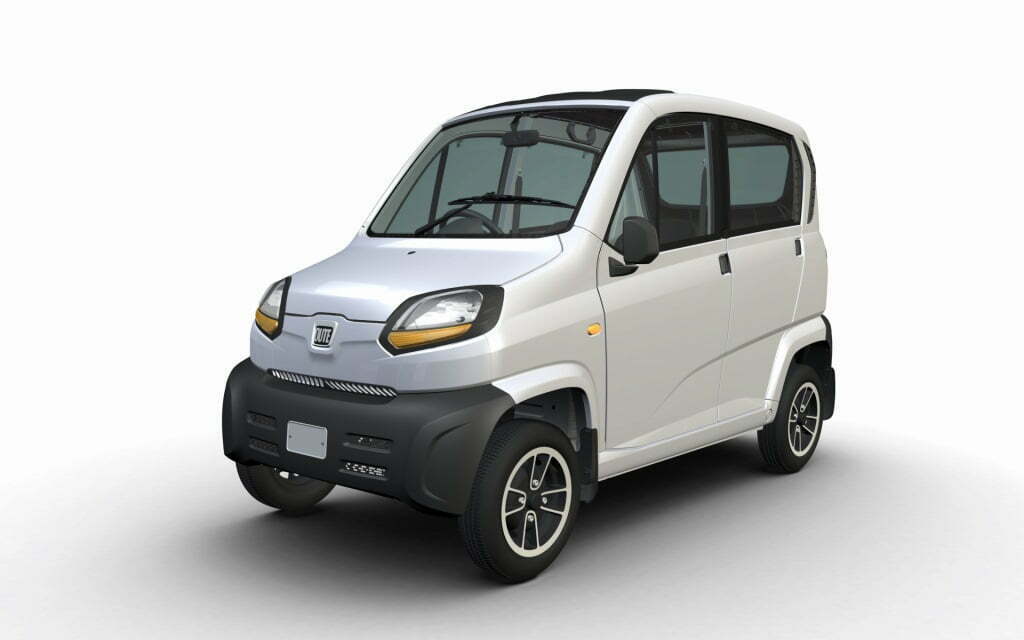 Bajaj Qute aka R60 Quadricycle needs no introduction. The quadricycle has been in the lime light for reasons not so good in the country. It has been heavily criticized by the manufacturer in India and is being termed as not the right thing when it comes to offering next level of public transport. Surely, they are better than the Auto-rickshaws that we have seen in all these years by leaps and bounds.

Bajaj Qute has been is excepted worldwide despite a lot of criticism as the dealers in countries of the European union have already started selling the same product. We tell you what it has and how it can change things for the Indian market. Seems a respite for Bajaj as The Ministry of Road Transport and Highways has issued a draft notification, which has approved the quadricycle as a vehicle category.

What sets it apart is the way the design of this new vehicle has been done, it looks small, compact and still offers a lot of practicality. The large un-painted bumpers on both-end along with high-mounted headlamps at the front give it a utilitarian look. However, the “cute” colours of the Qute make it look quite attractive.

The square wheel arches are like any SUV’s that we seen recently and the window line is square and simple with black masking all around to gel well with the body color. Rear gets ‘masked’ inspired tail lamp design and vents on the c-pillar. Small wheels with twin-spoke five-blade design in grey color add another color to the design. Overall, the design is something that will last a long time and yet grab eyeballs.

Bajaj has given four-seater layout which is two at the front and two at the rear with individual seats at the front and a bench at the rear. Interior seems well put together and with the minimum layout and gear shift that is mounted on the dashboard itself. The center mounted instrument cluster which is part analogue, part digital promises to offer a lot of data through it. Bajaj says storage in the front is 60 litres, the centre can house 95 litres and rear can hold 44 litres of cargo.

India launch should happen in the year 2017 as Bajaj is all guns and blazes about the situation. We expect a price tag of Rs. 1.50 lakhs for this vehicle.

Bajaj has gone the car way and has made monocoque construction of the car using high tensile steel. Brakes wise we can see Bajaj has used a drum setup all around. The 180mm drum brakes on four corners should make sure for this lightweight quadricycle. All four corners have typical suspension system with dampers and springs that are tuned for stability and ride quality.

The engine is the new DTsi engine that has Tri-Spark technology, which means three spark plugs that help it produce 13.2 Ps of power from the 216.6cc engine. The topspeed is rated at 70 km/hr and should do 0-40 km/hr in 10-15 seconds. The engine is mated to a 5-speed gearbox which has a reverse gear.

Euro NCAP just tested the vehicle and gave it a 1-star rating for occupant safety when it comes testing a quadricycle. There are no airbags as an option and ABS is missing as well. Bajaj does offer 3-point seat belt for all occupants.

Stealthy! The Apache RR310 Pictures From MMRT Race Track Have Been Leaked!