Bajaj Triumph Tie Up Together To Make Motorcycles – NO! You are NOT Dreaming Right NOW!

Bajaj was on the verge of doing something big and it has done it. The past has also seen Bajaj doing the same. Bajaj tied up with Kawasaki then bought KTM and now has tied up with Triumph, the iconic British motorcycle manufacturer to provide more to biking enthusiast. The manufacturer is making sure it has a strong presence not just in domestic market and selected international market, but to reach a mass market audience which the Iconic British manufacturer serves.

The press release states that Bajaj is getting access to Triumph motorcycles and it will use the technology and know-how to make sure it gets what it wants. Triumph has a rich history in making cruisers and classic motorcycle as much it has the same history of making iconic sport bikes such as the Daytona and adventure motorcycles like Triumph Tiger. The release mentions that this is an non-equity tie up which means there is no controlling stake of any sort from both manufacturer. 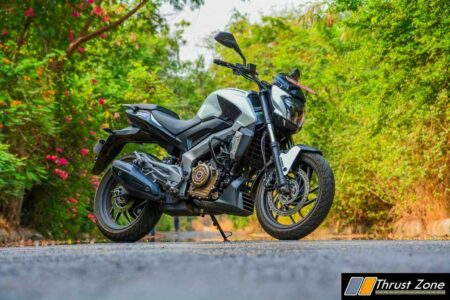 Bajaj has previously said in the statement that it is looking for entering in the cruiser market and Triumph does make one of the best. Bajaj could get hands on the Bonneville range and make their own cruiser. Royal Enfield is the one which can then suffer some setback.

However, how this effects KTM and other aspects of the deal is unknown for now. Both brands promise to make sure they send out more information on their plans very soon. Triumph is set to gain Bajaj’s massive reach in the domestic market to make sure they reach out a wider audience. There is a lot of possibilities in this partnership that can happen soon. Let’s wait for information on the same and see what we can expect from these two iconic manufacturer joining hands together.