BMW Motorrad revealed their 313cc single-cylinder roadster back in 2015, and since then this bike has been on every motorcycle enthusiast’s radar. A trade magazine has reported that the bike’s launch was initially expected to be some time in the second half of this year but, the launch has now been rescheduled.
Mr Vikram Pawah the president of BMW India has told Times of India that they will not be launching the BMW G310R which is the first product of the TVS BMW joint venture. The reason behind this is that the necessary retail infrastructure is not in place.

BMW motorrad entered into the Indian 2 Wheeler market in April this year with 11 CBU models, winch includes a wide variety such as sports, tour, heritage roadster, and adventure lines ranging from Rs. 14.90 lakhs to Rs. 28.50 lakhs (ex-showroom Delhi), whereas the expected price of the BMW G310R would be around INR 2.5 lakhs. BMW Motorrad has rescheduled the release to 2018 reports say.

The BMW G310R is being developed by the BMW Motorrad at Munich R&D facility and its being manufactured by TVS Motor Hosur, Tamil Nadu. Both models will be sold via standalone BMW Motorrad dealerships as well as the BMW car dealerships across the country. The BMW G310R gets premium features like an upside down fork, radially mounted calliper in the front disc, LCD instrumentation and ABS as a standard. The BMW G310R is driven by a 313 cc single cylinder mill which is mated to a 6-speed gearbox. The liquid-cooled, fuel-injected engine churns out 34 bhp of maximum power at 9,500 rpm and 28 Nm of peak torque at 7,500 rpm. 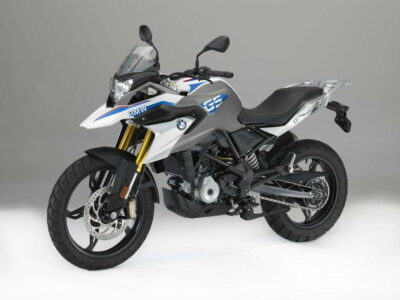 The G 310 R will be rivaling the new KTM 390 Duke, Mahindra Mojo, and the Kawasaki Z250. BMW just has four dealerships planned in the cities of Ahmedabad, Bangalore, Mumbai and Pune in the Phase 1, BMW Motorrad puts the G310R out of reach for a large part of its intended audience.

Lockheed Martin To Make F-16 Fighters With Tata in India