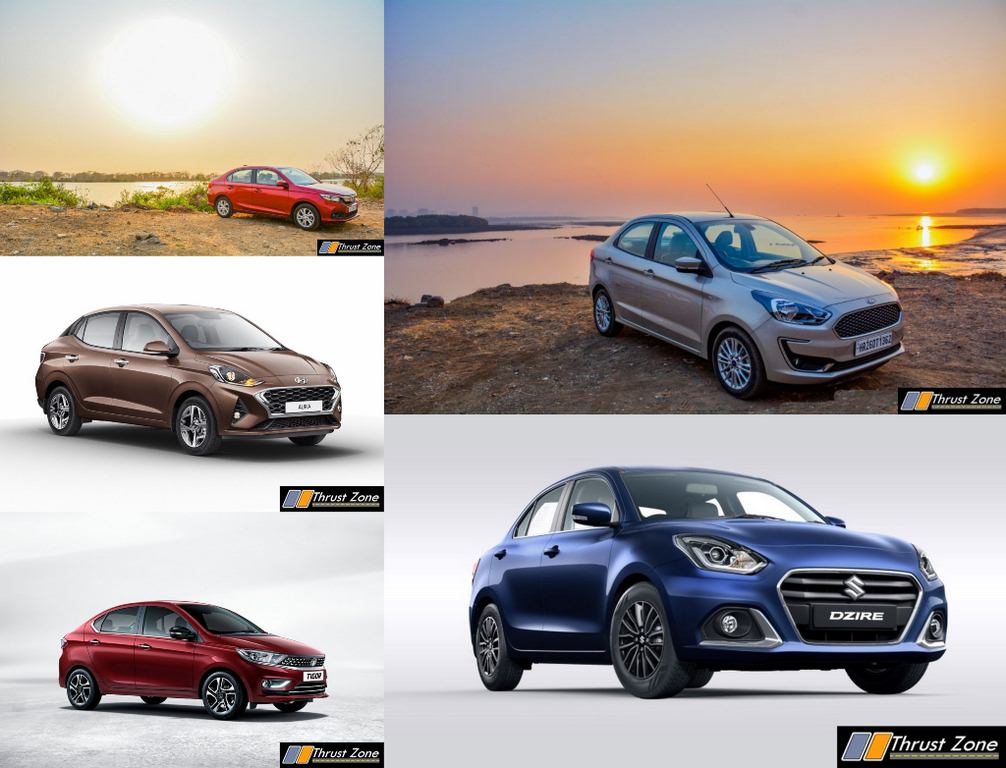 Maruti has recently updated its best selling compact Dzire sedan. The 2020 Dzire features a slew of cosmetic changes; however, the biggest improvement is under the hood where a new 1.2-litre DualJet K12C engine replaces the outgoing K12B engine. This update has been mandated thanks to the renewed competition in the compact sedan category. Competing offerings such as new Hyundai Aura, BS6 Honda Amaze, Tata Tigor, and Ford Aspire have raised their game and to combat, Maruti has put its best foot forward. 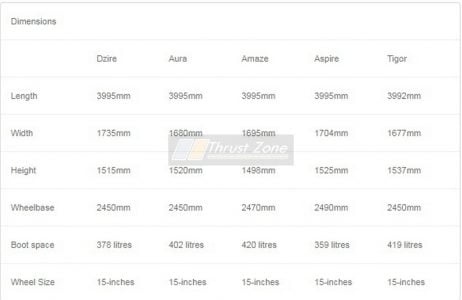 In terms of length, all competing offerings are almost identical but there is a considerable difference in the aspect of the width of the cabin. New Dzire is the widest in the lot – it is 58 mm wider than the Tigor which is narrowest among the competing propositions. Honda Amaze is the shortest car in the lot while Dzire comes across as a second-shortest car. Ford wins the battle on the wheelbase front, offering the longest distance between centers of wheels. Dzire’s boot space of 378-litres is second-smallest in the lot while Amaze and Tigor are almost evenly matched at 420-liter boot capacity. 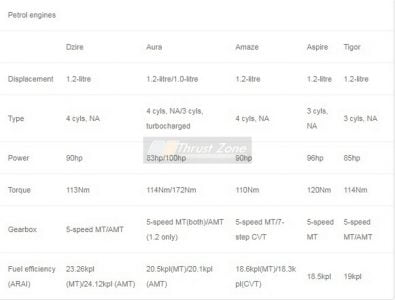 2020 Dzire comes with a new K12C DualJet petrol engine which puts out 90 PS and 113 Nm. Compared to the older motor, the new engine produces 7PS more power even as the new model comes across as a more fuel-efficient option. In fact, the new Dzire is the most fuel-efficient compact Sedan in the country. In terms of performance, Dzire lags only behind 1.0-liter turbocharged Hyundai Aura and Ford Aspire while it dwarfs Tigor and 1.2-liter Aura handsomely while matching the performance of Honda Amaze.

A 5-speed manual gearbox is standard in all offerings. Dzire, Tigor, and Aura come equipped with AMT option to aid the convenience while Honda Amaze goes one step further and offers the CVT auto option to prospective buyers. Ford Aspire, on the other hand, is about to get an automatic option soon. 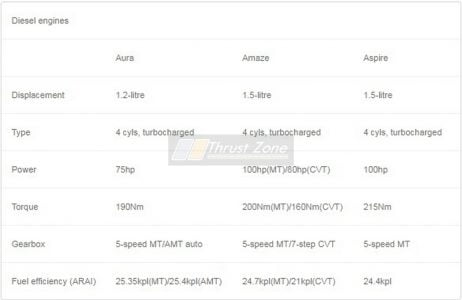 Diesel engine option is not available on the new Dzire and so is the case with Tata Tigor. Among Hyundai Aura, Honda Amaze, and Ford Aspire diesels, Ford comes on top with 100 bhp and 215 Nm although Hyundai diesel claws back some turf owing to its highest fuel-efficiency figures.

2020 Dzire is dearer by up to Rs 22,000 compared to the model it replaces in the market. The starting price of the Dzire is quite competitive (Rs 5.89 lakh) although is topmost variant Dzire ZXI+ AMT (Rs 8.80 lakh) is the most expensive offering in the lot. Tata Tigor (Rs 5.75-7.49 lakh) and Ford Aspire (Rs 5.99 – 7.44 lakh) can be easily considered as the most value for money offerings although Honda Amaze is the only car in the segment which offers the convenience of a CVT transmission. 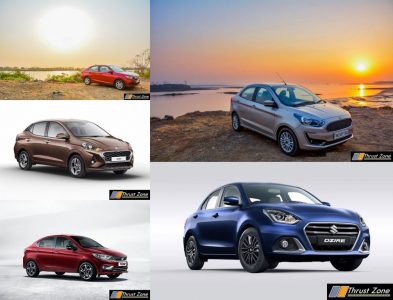 Hyundai Aura (1.0-liter turbocharged) is a good option for driving enthusiasts. New Maruti Dzire performs extremely well on almost all fronts and its reliability, widest network, and affordability make it a preferred choice among buyers. Ford offers the best diesel engine in the segment and Tigor offers decent value. Amaze offers the best ride and handling in the segment with diesel automatic on offer.

What Is Synthetic Engine Oil? How Is It Beneficial?