Atto 3 is the electric SUV offering of the Chinese carmaker Build Your Dreams (BYD) for the Indian market. This SUV had already made its debut in China in February 2022 and is expected to get Indian market launch at the 2023 auto expo. BYD has already entered the commercial vehicle segment in India with the launch of Electric buses and its e6 electric MPV made its entry in the fleet market in November 2021. Now the company wants to go mainstream by offering Atto 3 that will be printed against the likes of MG ZS EV. Compared to the ZS EV, Atto 3 is larger in each dimension including on the critical aspect of the wheelbase.

In terms of engine capability, Atto 3 features an electric motor capable of generating 204bhp along with 310Nm of max torque. The claimed 0-100 kmph comes in just 7.3 seconds for the SUV that has a curb weight between 1680-1750 kg. In the Global markets, Atto 3 features two battery packs, i.e., 49.92kWh and 60.48 kWh with a range of 320 km and 420 km respectively. The SUV comes with the patented blade battery technology which makes it significantly safer than other electric vehicles. The charging options include a 3-pin AC charger and a type-2 AC charger besides Atto 3 featuring the support for a 80kW DC fast charging system which can recharge the whole battery pack in less than 60 minutes.

The international model of the SUV comes equipped with a panoramic sunroof, 12.8-inch touch screen infotainment system, seven airbags, 360-degree camera, tire pressure monitoring system and 18-inch alloy wheels. The SUV also comes equipped with a radar-based monitoring system, advanced driver assistance systems, autonomous emergency braking, collision warning, lane departure warning, and fully adaptive cruise control among others. The Indian version of the SUV will also get the ADAS features but then the customers have to pay a premium for the new-age technology. 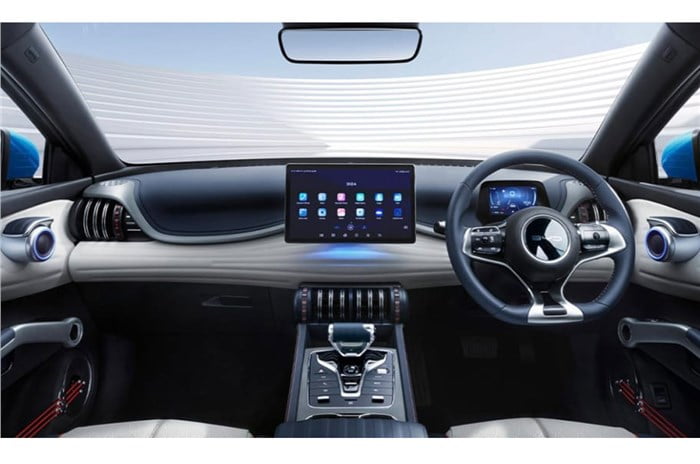 Atto 3 will be sold in the Indian market through the CBU route which means it will be priced towards the higher end of the spectrum. It will be a challenge for the company to sell in large numbers here in India as the price sensitivity continues to remain high among Indian buyers. Tata Nexon has already set the standard for the value of money by offering its fully electric capabilities at a very nominal price although BYD is hoping that advanced features available on Atto 3 will attract Indian buyers to buy its product.