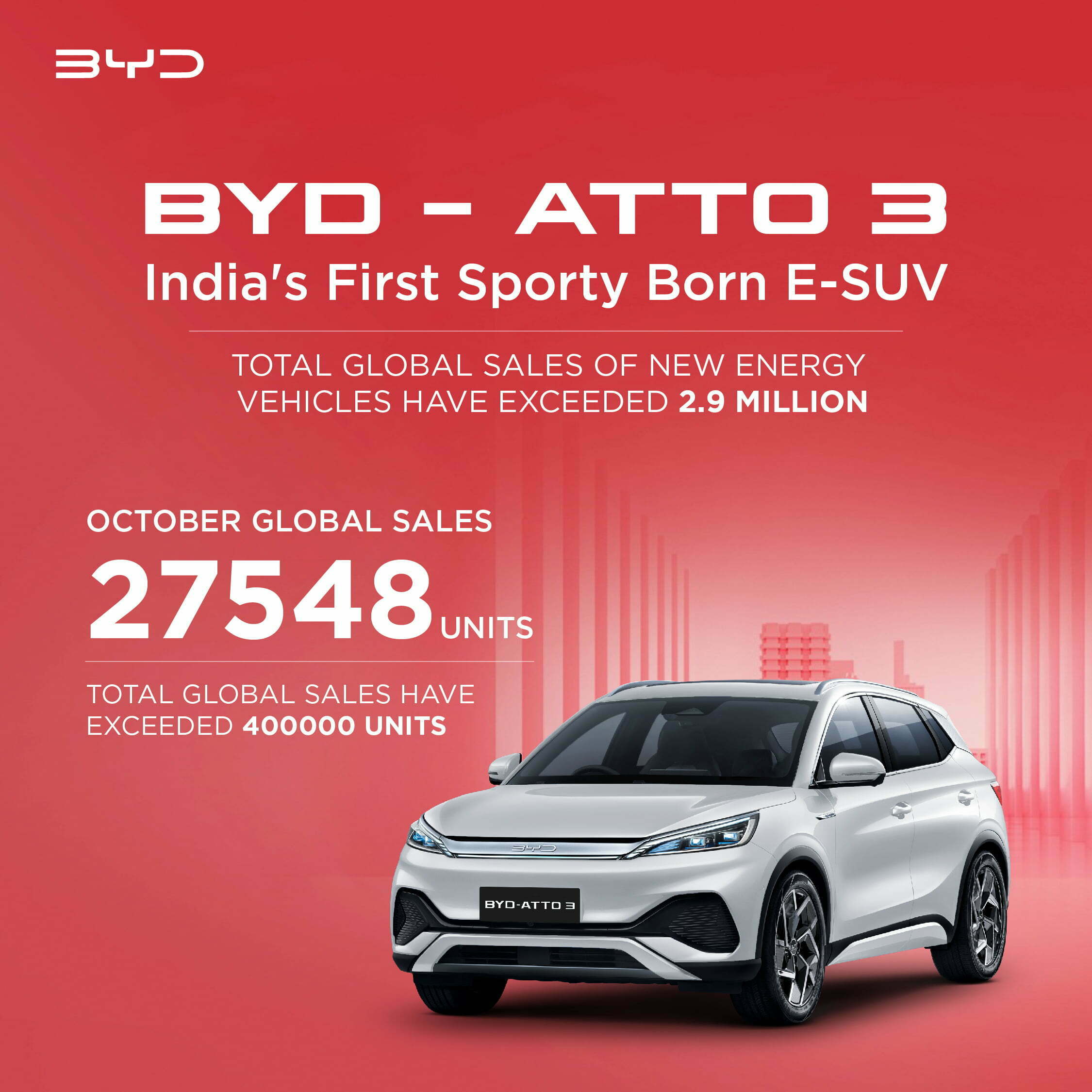 As the world’s leading new energy vehicle manufacturer, BYD has always adhered to the two new energy routes of pure electric vehicles and plug-in hybrids in parallel. Of the 217,518 passenger vehicles, 114,361 DM models and 103,157 EV models were sold in October.

Recently, BYD announced the launch of India’s First Sporty Born E-SUV, BYD-ATTO 3, it is to meet the diverse needs of Indian consumers, in October, 27,548 units BYD-ATTO 3 were sold and the cumulative global sales of BYD- ATTO 3 have exceeded 400,000 units.

Regarding energy conservation and emission reduction, BYD goes all-in on sustainable development and technological innovations to achieve zero carbon emissions, contributing to the goal of “Cool the Earth by 1℃.